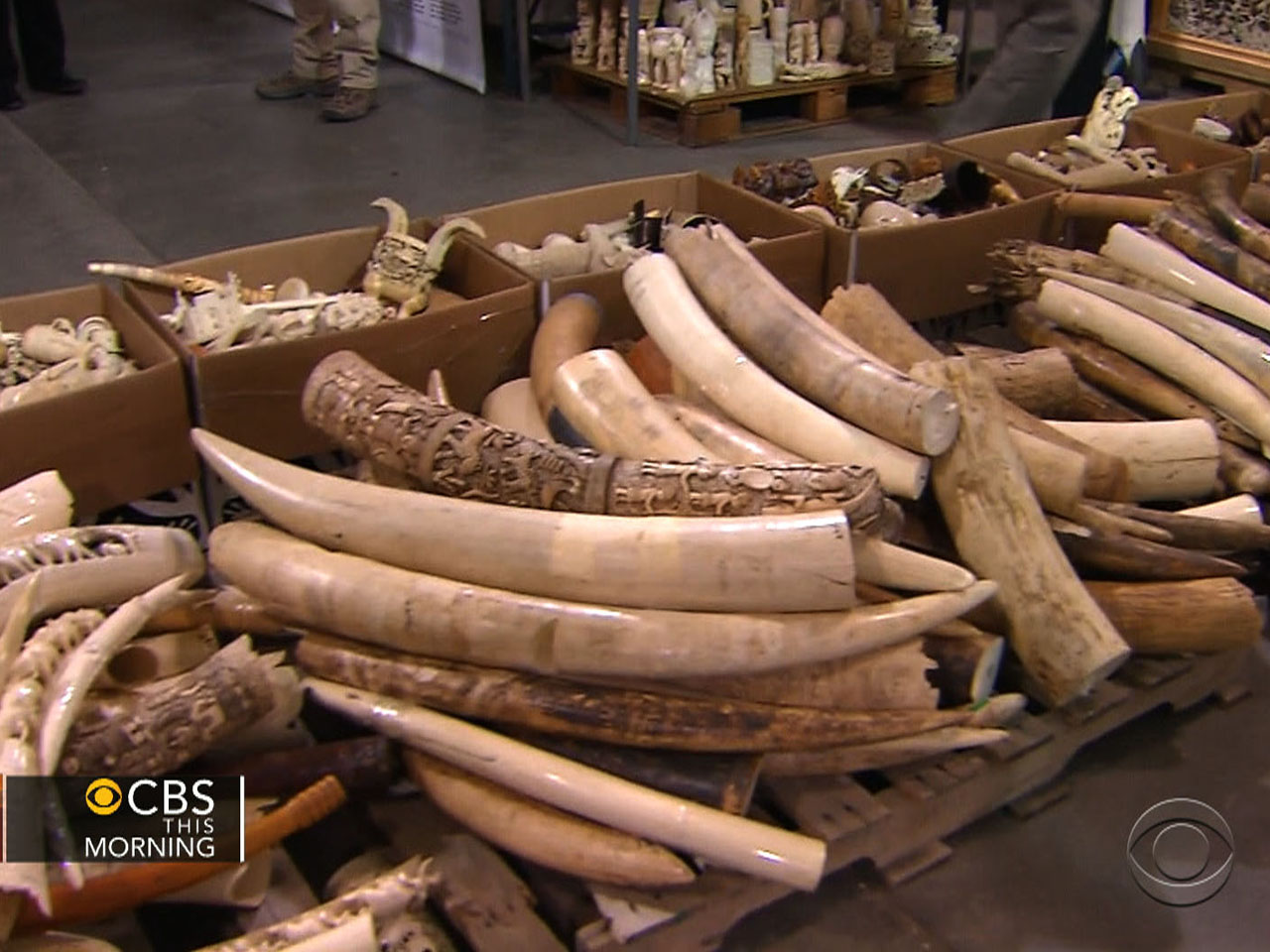 The United States is cracking down on the sale and purchase of ivory in hopes of curbing illicit poaching that's threatening to wipe out elephants and other species in Africa.

The ivory ban is a key component of a new, national strategy for combating wildlife trafficking, unveiled Tuesday by the White House, seven months after President Barack Obama issued a call to action during a visit to Tanzania. In addition to the ivory ban, the U.S. will seek to strengthen global enforcement and international cooperation to fight the illicit trade.

Wildlife advocates are concerned that without forceful global action, elephants and rhinos face extinction. Once numbering in the millions, Africa's elephant population has dwindled to 500,000 or less, and nearly 10 percent of the remaining population is being slaughtered each year, said Dan Ash, the director of the U.S. Fish and Wildlife Service.

“Today marks a significant milestone in the global fight against wildlife crime," World Wildlife Fund (WWF) President and CEO Carter Roberts told CBS News in an email. "President Obama has elevated illegal wildlife trafficking to a priority issue for more than a dozen federal agencies, reflecting the fact that it has grown into one of the most profitable criminal industries in the world, estimated at $10 billion annually. Today’s action confirms the administration’s commitment to scale up solutions to match the problem."

The illicit industry also has significant national security implications. Because wildlife trafficking is often perpetrated by well-armed syndicates that thrive in regions with weak laws and porous borders, U.S. security officials say it poses a global security threat, just as the U.S. is seeking to combat growing extremism and violence in parts of Africa.

Importing ivory into the U.S. has been illegal, with narrow exceptions for antiquities. But once the ivory is in the country, domestic transactions have been essentially unregulated. That means someone who puts an ivory chess set for sale on eBay, for example, faced little risk of running afoul of law enforcement -- even if they lacked proof the item was an antiquity and therefore exempt.

"This legal trade has essentially provided a smoke-screen that makes it possible for this illicit trade and has made it more difficult for our enforcement officials to ferret out that crime and then prosecute that crime," Ash said in an interview.

“The U.S. is the world's second-largest market for wildlife products, much of it illegal. Ramping up our collective commitment to eradicate this crisis is essential and more must be done both at home and abroad," said Roberts.

Under the new strategy, the federal government will start confiscating ivory items unless sellers can provide documentation that they were imported legally. The Fish and Wildlife Service will also seek to target organized trafficking rings for prosecution.

The new plan is the latest in a series of efforts to crack down on trafficking. Earlier this year and late last year, the Chinese government and the U.S. government each destroyed six tons of ivory.