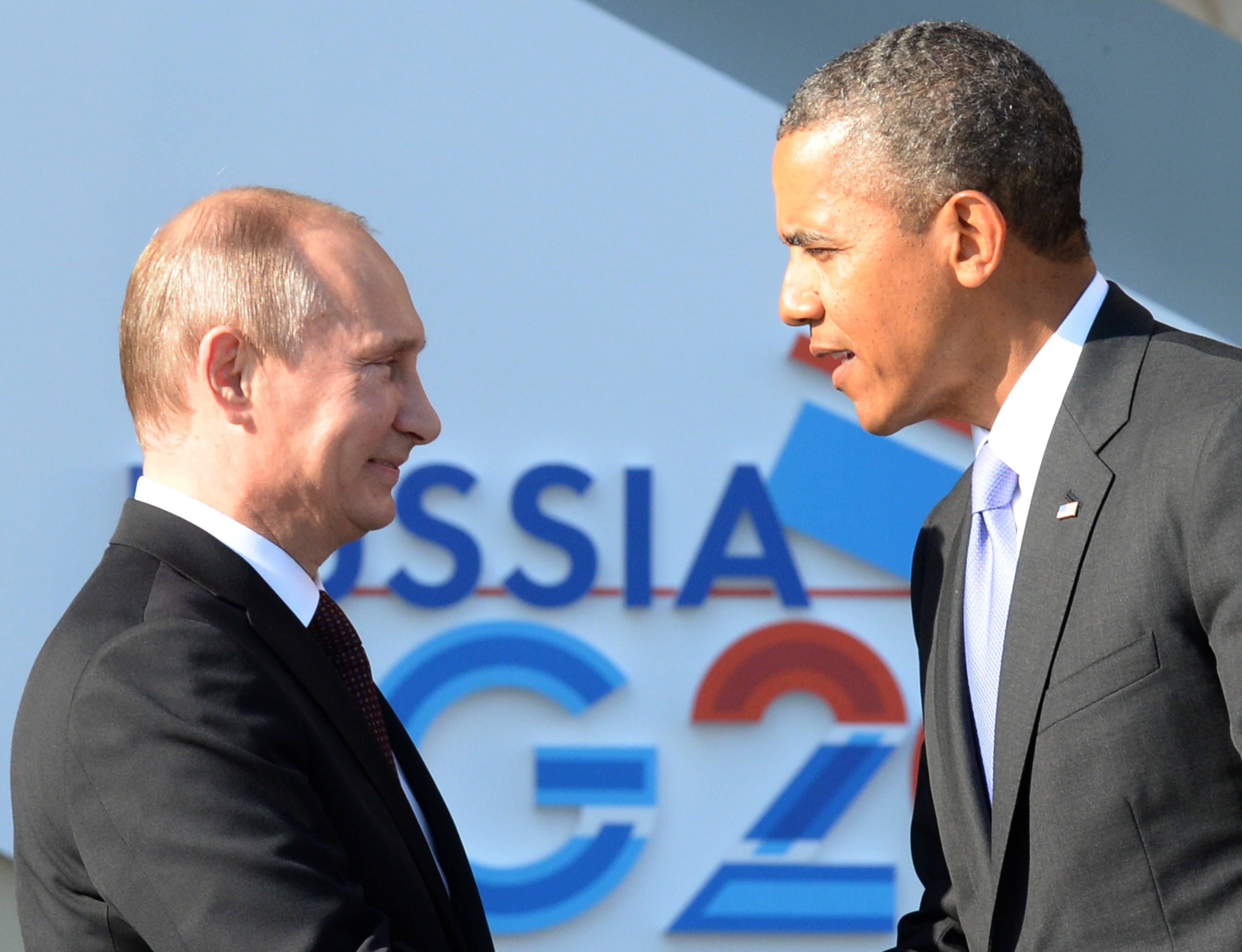 Updated at 12:35 p.m.
The Obama administration slapped new visa restrictions Thursday on pro-Russian opponents of the new Ukraine government in Kiev and cleared the way for financial sanctions as the West began punishing Moscow for its occupation of Ukraine's Crimea region.

The new restrictions targeted an unspecified and unidentified number of people and entities that the Obama administration accused of threatening Ukraine's sovereignty and territorial borders. They were announced in Washington as Secretary of State John Kerry headed into a meeting with Russian Foreign Minister Sergey Lavrov in Rome.

The anticipated financial sanctions will penalize "those who are most directly involved in destabilizing Ukraine, including the military intervention in Crimea, and does not preclude further steps should the situation deteriorate," the White House said in a statement.

"At the same time, as the president has said, we seek to work with all parties to achieve a diplomatic solution that de-escalates the situation and restores Ukraine's sovereignty," the statement said. "We call on Russia to take the opportunity before it to resolve this crisis through direct and immediate dialogue with the Government of Ukraine."

A senior administration official said the new restrictions are aimed at Russians and Ukrainians in the strategic Crimea region. Crimea is a peninsula that hosts a major Russian navy base and is historically and culturally a Russian stronghold. The official was not authorized to speak publicly about restrictions that had not been announced and spoke on condition of anonymity.

Local government officials in Crimea are now seeking to separate from Ukraine and on Thursday set a March 16 date for a referendum vote on whether the region should become part of Russia.

Ukraine's unrest peaked in February, after months of pro-Western protests seeking the overthrow of President Viktor Yanukovych in anger over economic woes and corruption. Yanukovych, who is pro-Russian, fled for protection to a location just outside of Moscow, and Russian President Vladimir Putin sent troops into Crimea in a show of force against the upstart government in Kiev.

The visa bans will be imposed immediately and come in addition to an earlier State Department decision to deny U.S. entry to those involved in human rights abuses related to political oppression in Ukraine.

The sanctions plan, outlined in an executive order, lays the legal groundwork for the Treasury Department to impose financial penalties on offenders. The aim is clearly to punish the separatist movement in Crimea as well as Russia for its decision to send military forces there. It's not immediately clear, however, whether the visa bans amount to sanctions against Moscow, and the senior administration official who briefed reporters on the plan declined to comment when asked that question.

Specifically, the sanctions would target people who undermine Ukraine's democracy and new government; threaten the country's peace, security, stability and sovereignty; are linked to misappropriations of government assets; and try to assert governmental authority over any part of Ukraine without the consent of Kiev. They would also prohibit U.S. persons from doing business with those who have been sanctioned.

The European Union has been considering its own sanctions against the pro-Russian movement, and the penalties announced Thursday were planned to coordinate with expected action in Brussels.

Congress has been rushing to put hard-hitting sanctions on Russia in response to its takeover of Crimean, hoping Europe will follow the lead of the United States in upping the pressure on Putin's government.

The U.S. sanctions push represents a rare case of broad agreement among the Obama administration and Democrats and Republicans in both houses of Congress.

"I would note that the president justified his actions today by calling this a national emergency and frankly I agree," said House Speaker John Boehner, R-Ohio, who said he supported the visa ban. "I remain committed to working with the administration to give President Obama as many tools as needed."

He also pushed the president to expedite approval of American natural gas exports as a way of reducing Russia's hold over the rest of Europe.

But lawmakers are also united in their concern that American economic penalties will mean little without the participation of European countries with far deeper commercial relations with Russia.

Rep. Adam Schiff called the new penalties "a positive first step" that needs to be coupled with similar sanctions from Europe to underscore the costs - diplomatic and economic - of rejecting Ukraine's sovereignty.

"I hope that Russia can be dissuaded from further aggression and can be walked back from its perilous course," said Schiff, D-Calif. "But if not, the U.S. and its allies must be prepared to use all of the diplomatic and economic tools at its disposal to deter such reckless conduct."