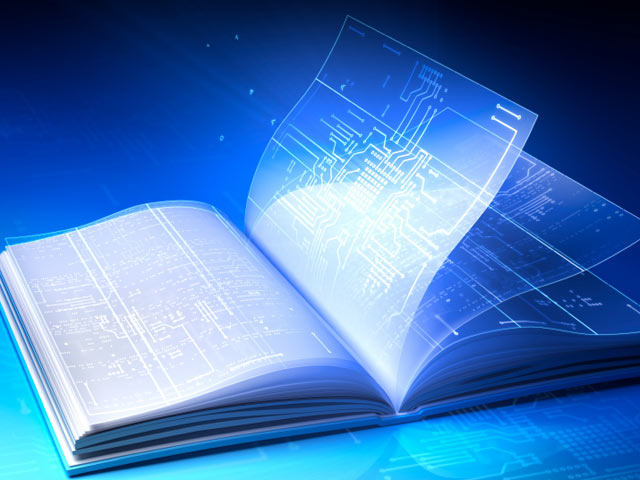 (AP) WASHINGTON - The Justice Department and 15 states sued Apple Inc. (AAPL) and major book publishers Wednesday, alleging a conspiracy to raise the price of electronic books they said cost consumers more than $100 million in the past two years by adding $2 to $5 to the price of each e-book.

Attorney General Eric Holder said executives at the highest levels of the companies conspired to eliminate competition among e-book sellers. Justice's antitrust chief Sharis Pozen said the executives were desperate to get Amazon.com, marketer of the Kindle e-book reader, to raise the $9.99 price point it had set for the most popular titles, which was substantially below their hardcover prices.

The federal government reached a settlement with three of the publishers, Hachette, HarperCollins and Simon & Shuster. (Simon & Schuster is owned by CBS.) But it will proceed with its lawsuit in federal court in New York City against Apple and Holtzbrinck Publishers, doing business as Macmillan, and The Penguin Publishing Co. Ltd., doing business as Penguin Group.

Connecticut and Texas, two of the 15 states filing a separate complaint, reached agreements with Hachette and HarperCollins to provide $52 million in restitution to consumers, using a formula based on the number of states participating and the number of e-books sold in each state. Other states in the case may sign onto the agreement.

Holder told a Justice Department news conference on Wednesday that "we believe that consumers paid millions of dollars more for some of the most popular titles" as a result of the alleged conspiracy. Pozen said the scheme added and average of $2 to $3 to the prices of individual books.

Connecticut Attorney General George Jepsen said the individual book markups went as high as $5 and the total cost to consumers was more than $100 million since April 2010, when the scheme allegedly took effect.

According to Pozen, Apple's Steve Jobs told publishers involved in the alleged conspiracy that "the customer pays a little more, but that's what you want anyway."

The lawsuit said the effort to get e-book prices reduced by Amazon.com came as Apple was preparing to launch the iPad. The government said the conspirators agreed that instead of selling books to retailers and letting them decide what retail price to charge, the publishers would convert the retailers into "agents" who could sell their books but not alter the publisher-set retail price. The scheme called for Apple to be guaranteed a 30 percent commission on each e-book it sold, the lawsuit said.

"To effectuate their conspiracy, the publisher defendants teamed up with defendant Apple, which shared the same goal of restraining retail price competition in the sale of e-books," the lawsuit said.

Apple did not immediately respond to a comment request.

Macmillan Chief Executive Officer John Sargent said in a letter to authors, illustrators and agents that the company has not settled because it is "hard to settle a lawsuit when you know you have done no wrong."

Sargent said the filing of the lawsuit came after discussions with the Department of Justice that lasted months.

"But the terms the DOJ demanded were too onerous. After careful consideration, we came to the conclusion that the terms could have allowed Amazon to recover the monopoly position it had been building before our switch to the agency model," he said. "We also felt the settlement the DOJ wanted to impose would have a very negative and long term impact on those who sell books for a living, from the largest chain stores to the smallest independents."

At the heart of the e-book pricing debate is the industry's ongoing concerns about Amazon. Publishers see the "agency model" as their best, short-term hope against preventing the online retailer from dominating the e-book market and driving down the price of books to a level unsustainable for publishers and booksellers.

Since launching the Kindle in 2007, Amazon has made a point of offering best-sellers for $9.99. The discount is so deep from list prices of $20 and more that it's widely believed Amazon is selling the e-books at a loss as a way of attracting more customers and forcing competitors to lower their prices. Amazon also has been demanding higher discounts from publishers and stopped offering e-books from the Independent Publishers Group, a Chicago-based distributor, after they couldn't agree to terms.

When Apple launched its tablet computer two years ago, publishers saw two ways to balance Amazon's power: Enough readers would prefer Apple's shiny tablet over the Kindle to cut into Amazon's sales and the agency model would stabilize prices.

Apple's iBookstore has yet to become a major force, but publishers believe the new price model has reduced Amazon's market share from around 90 percent to around 60 percent, with Barnes & Noble's Nook in second at 25 percent. The iBookstore is believed to have 10 percent to 15 percent.

Macmillan's Sargent has found himself at the heart of the dispute. In early 2010, as publishers were trying to get Amazon to agree to Apple's pricing system, Amazon pulled all the listings for Macmillan books, from Jonathan Franzen's "The Corrections" to Barbara Ehrenreich's "Nickle and Dimed." Sargent refused to back down and Amazon eventually gave in.

New e-books from Macmillan and the other publishers investigated by the Justice Department often are priced initially between $12.99 and $14.99, with Amazon making a point of noting that the price was set by the publisher. Ironically, publishers usually make less money off the agency model than the traditional one because they receive a smaller percentage of the proceeds.

Random House Inc. was the only "big six" publisher not to agree to the agency model in 2010 and was not part of the lawsuit. But the publisher of Dan Brown, John Grisham and others did agree to terms with Apple last year and now must decide whether to keep prices the same, cut them to keep up with competitors or drop the agency model altogether. Random House spokesman Stuart Applebaum - the only of the big six publishers not involved in the case - said Random would have no comments Wednesday.

According to court papers, the settlement agreement reached with three publishers said the companies agreed that for two years they will not restrict, limit or impede an e-book retailer's ability to set, alter or reduce the retail price of any electronic book. It said the retailers will be able to offer price discounts and other forms or promotions to encourage consumers to buy one or more electronic books.

The agreement also calls for the defendants not to enter into any agreement or conspiracy with any electronic-book publisher to raise, stabilize, fix, set or coordinate the retail price or wholesale price of any electronic book.