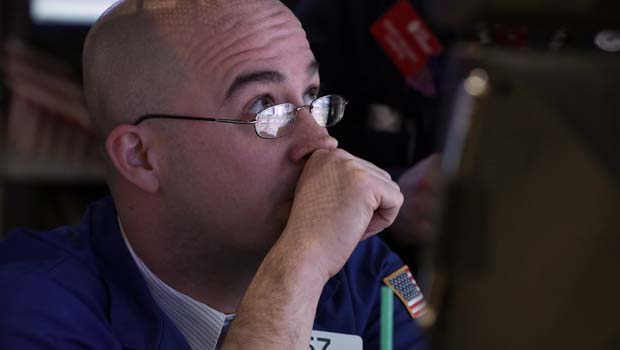 NEW YORK - U.S. stocks tumbled on Friday in the wake of a sell-off in emerging market assets. Markets also were slammed by growth concerns in China and expectations that the Federal Reserve will trim its market-friendly stimulus measures further.

By the time the markets closed, the Dow Jones industrial average had fallen 318 points to points to 15,879 -- a 2 percent drop. The S&P 500 dropped 38 points and the Nasdaq Composite dropped 91 points. The Dow fell every day this week, leaving it down more than 3 percent -- its worst weekly performance since mid-May 2012.
"The market has broken some technical levels, and there's definitely some nervousness. The world is suffering from the emerging markets' flu," said Michael James, managing director of equity trading at Wedbush Securities in Los Angeles.
With many market participants expecting the Fed next week to shave its stimulus by another $10 billion a month, investors will look to less risky assets such as U.S. bonds, expecting interest rates will begin to rise. The Fed's policymakers will conclude a two-day meeting on Wednesday.
A rout in emerging market assets spread to developed countries in Europe on worries over Fed policy, slowing growth in China and political problems in Turkey, Argentina and Ukraine. Worries over China's growth emerged after a disappointing manufacturing number spurred the S&P 500 to a 0.9 percent fall on Thursday.
The Turkish lira hit a fresh record low and the SouthAfrican rand a new five-year low against the dollar.       U.S.-listed shares of Banco Bilbao Vizcaya Argentaria, S.A.slumped 5.3 percent to $12.01 a day after the country's peso currency suffered its steepest daily decline in 12 years, prompting Argentina's government to loosen strict foreign exchange controls.
"It's just the final realization that they can't continue to grow as an economy the same way they did before," said Andres Garcia-Amaya, global market strategist at J.P. Morgan Funds, in New York.