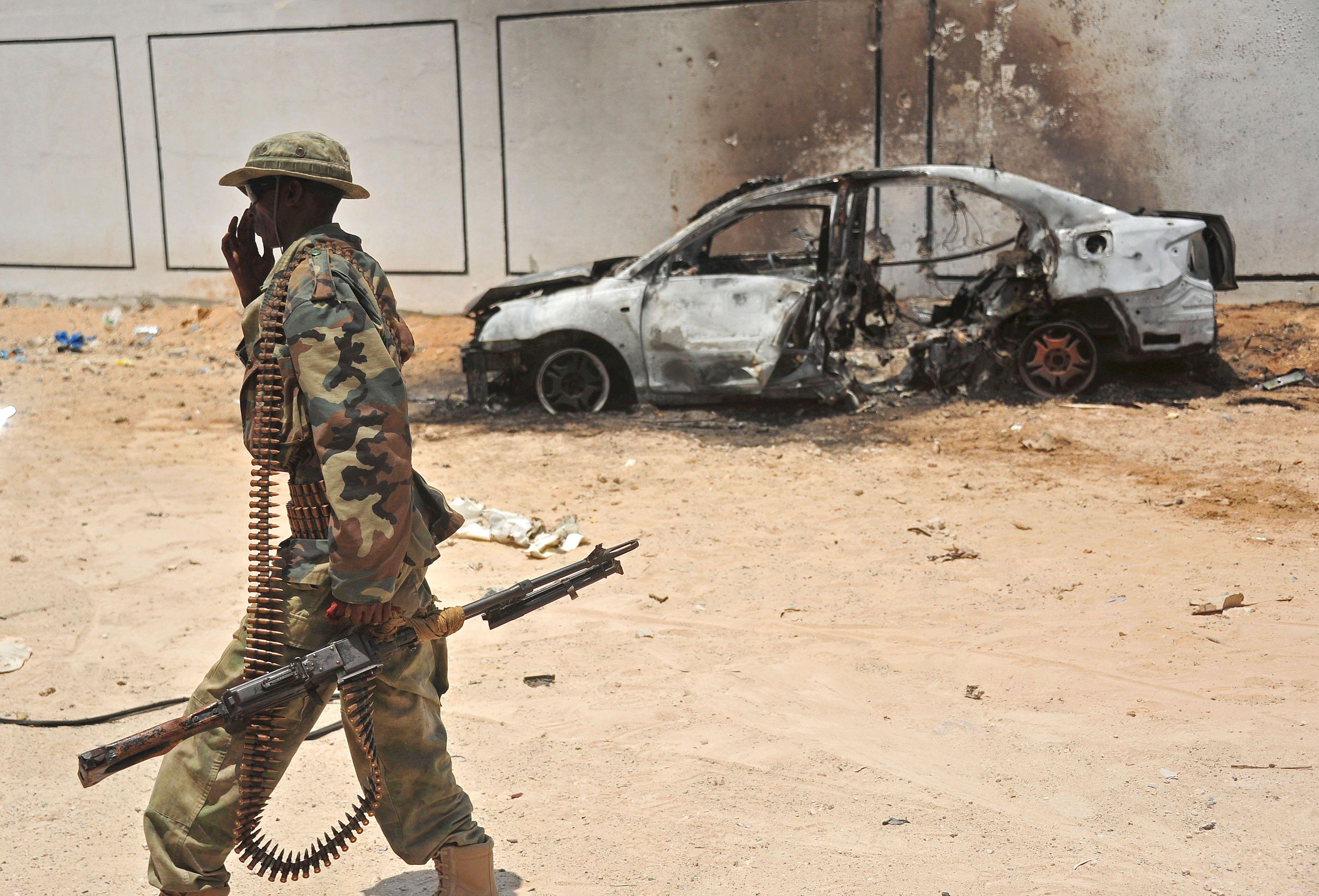 "U.S. forces were conducting an advise and assist mission alongside members of the Somali National Army," the U.S. military's Africa Command (AFRICOM) said in a written statement. It said the operation took place near Barii, about 40 miles west of Mogadishu.

A U.S. official confirmed to CBS News national security correspondent David Martin that the service member who was killed was a Navy SEAL advising Somali troops. The official said the troops were dropped by helicopter outside a village where a local al-Shabaab leader was believed to be located and approached on foot.

The SEAL was killed in an ensuing firefight, the official said. Two other Americans were wounded.

"Al-Shabaab presents a threat to Americans and American interests," the AFRICOM statement added.

"Al Shabaab's affiliate, al-Qaeda has murdered Americans; radicalizes and recruits terrorists and fighters in the United States; and attempts to conduct and inspire attacks against Americans, our allies and our interests around the world, including here at home."

The U.S. military has carried out airstrikes against al-Shabaab targets in Somalia for years, and a team of U.S. Navy SEALs conducted a daring raid in 2012 to rescue an American woman and a Danish man who had been held by the group for months.

The operation in Somalia comes three months after a U.S. service member was killed in a raid against al Qaeda militants in Yemen.

CBS News' Martin confirmed that raid was also carried out by Navy SEAL Team 6, the unit that became a household name in the U.S. after the raid in Pakistan that killed al Qaeda leader Osama bin Laden.