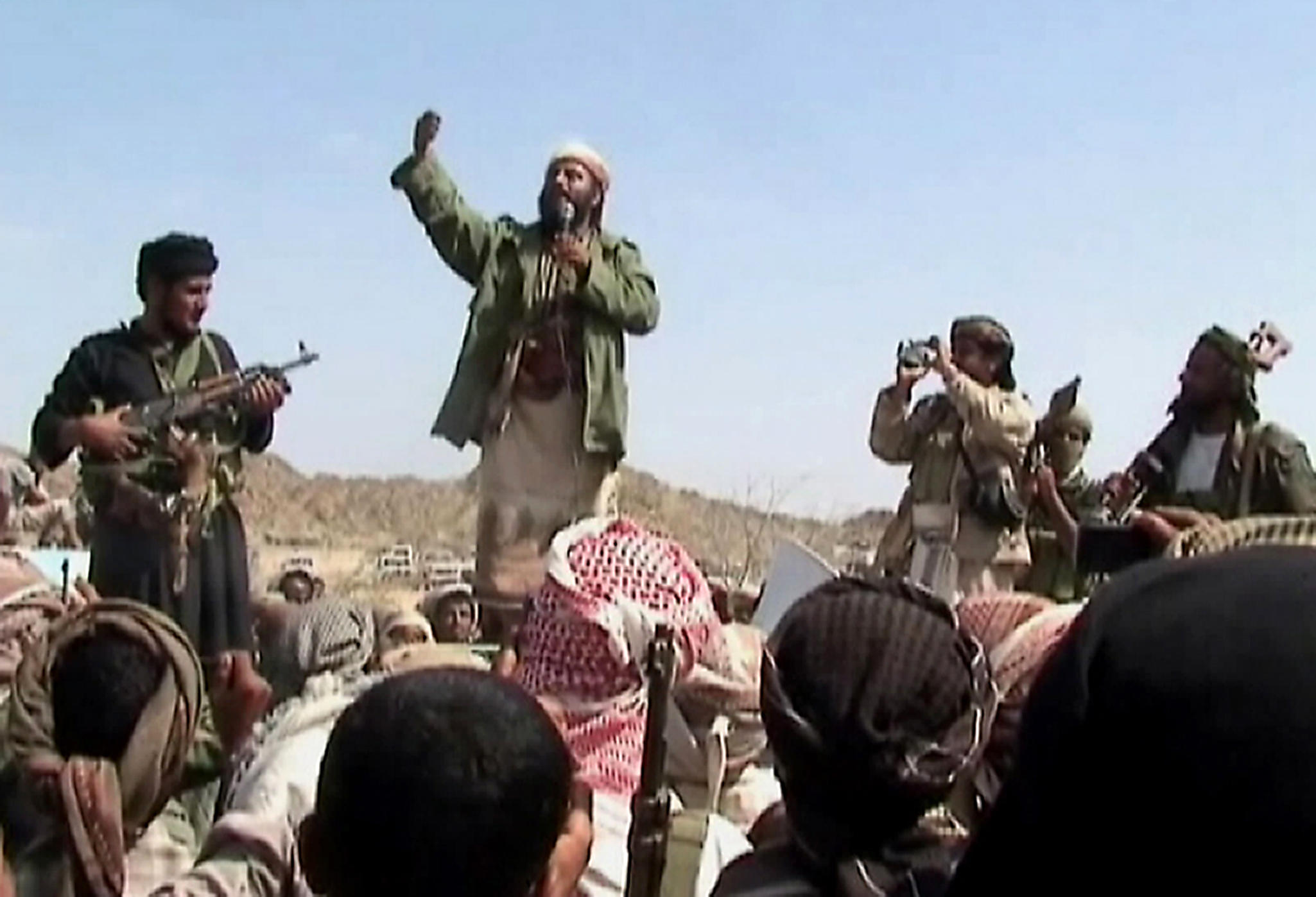 SANAA, Yemen -- A U.S. military service member was killed Sunday during a raid against al Qaeda militants in central Yemen that also left nearly 30 others dead, including women and children. The loss of the service member is the first-known combat death of a member of the U.S. military under President Donald Trump.

“Americans are saddened this morning with news that a life of a heroic service member has been taken in our fight against the evil of radical Islamic terrorism,” Trump said in a statement.

The U.S. has been striking al Qaeda in Yemen from the air for more than 15 years, mostly using drones, and Sunday’s surprise pre-dawn raid could signal a new escalation against extremist groups in the Arab world’s poorest but strategically located country.

An al Qaeda official and an online news service linked to the terror group said the raid left about 30 people dead. Among the children killed was Anwar, the 8-year-old daughter of Anwar al-Awlaki, a radical Yemeni-American cleric killed in a U.S. airstrike in Yemen in 2011, according to the girl’s grandfather.

Nasser al-Awlaki told The Associated Press that Nora was visiting her mother when the raid took place. She was shot in the neck and bled for two hours before she died, he said.

U.S. Central Command said in a statement that a fourth service member was injured in a “hard landing” in a nearby location. The aircraft - an MV-22 Osprey, Martin confirms - was unable to fly afterward and was “intentionally destroyed.”

It said 14 militants from al Qaeda’s branch in Yemen, formally known as “al Qaeda in the Arabian Peninsula,” were killed in the assault and that U.S. service members taking part in the raid captured “information that will likely provide insight into the planning of future terror plots.”

A U.S. defense official said the raid was approved by Trump. President Barack Obama had been briefed on it before he left office on Jan. 20, but for operational reasons it was not ready to be executed before he departed, according to the official, who was not authorized to discuss details beyond those announced by the Pentagon and so spoke on condition of anonymity.

The al-Dhahab family, who are the late al-Awlaki’s in-laws, are considered an ally of al Qaeda, which is now chiefly concentrated in Bayda. A third family member, Tarek al-Dhahab, was the leader of alQaeda in Bayda but was reportedly killed in a family feud.

The news service linked to al Qaeda in Yemen likened the raid to a “massacre against Muslims” and said U.S. warplanes were first seen in the sky above the area at 9 p.m. Saturday and that the raid began at 2 a.m. on Sunday, with 16 missiles hitting three houses near Yakla village in Radaa district.

A two-hour gun battle ensued after American service members landed on the ground, it said. About 30 men, women and children were killed in the raid, it added.

The killed and wounded included some Saudis present at the site, according to the Yemeni officials who spoke on condition of anonymity because they were not authorized to brief journalists.

The al Qaeda official sent to the AP in Cairo photos purportedly showing the bloodied bodies of several children killed in the raid along with houses showing bullet holes. The official requested anonymity for fear of reprisals.

Just over a week ago, suspected U.S. drone strikes killed three other alleged al-Qaida operatives in Bayda province in what was the first-such killings reported in the country since Mr. Trump assumed the U.S. presidency.

The tribal officials said the Americans captured and departed with at least two unidentified individuals Sundsay, but the U.S. official in Washington said no detainees were taken in the raid.

Al Qaeda in the Arabian Peninsula, long seen by Washington as among the most dangerous branches of the global terror network, has exploited the chaos of Yemen’s civil war, seizing territory in the south and east.

The war began in 2014, when Shiite Houthi rebels and their allies swept down from the north and captured the capital, Sanaa. A Saudi-led military coalition has been helping government forces battle the rebels for nearly two years.

Separately, Yemen’s president Abed Rabbo Mansour Hadi a day earlier called for the remnants of his parliament, many of whom are in exile in Saudi Arabia or elsewhere, to convene in the country’s southern port city of Aden, where he is struggling to establish government control.