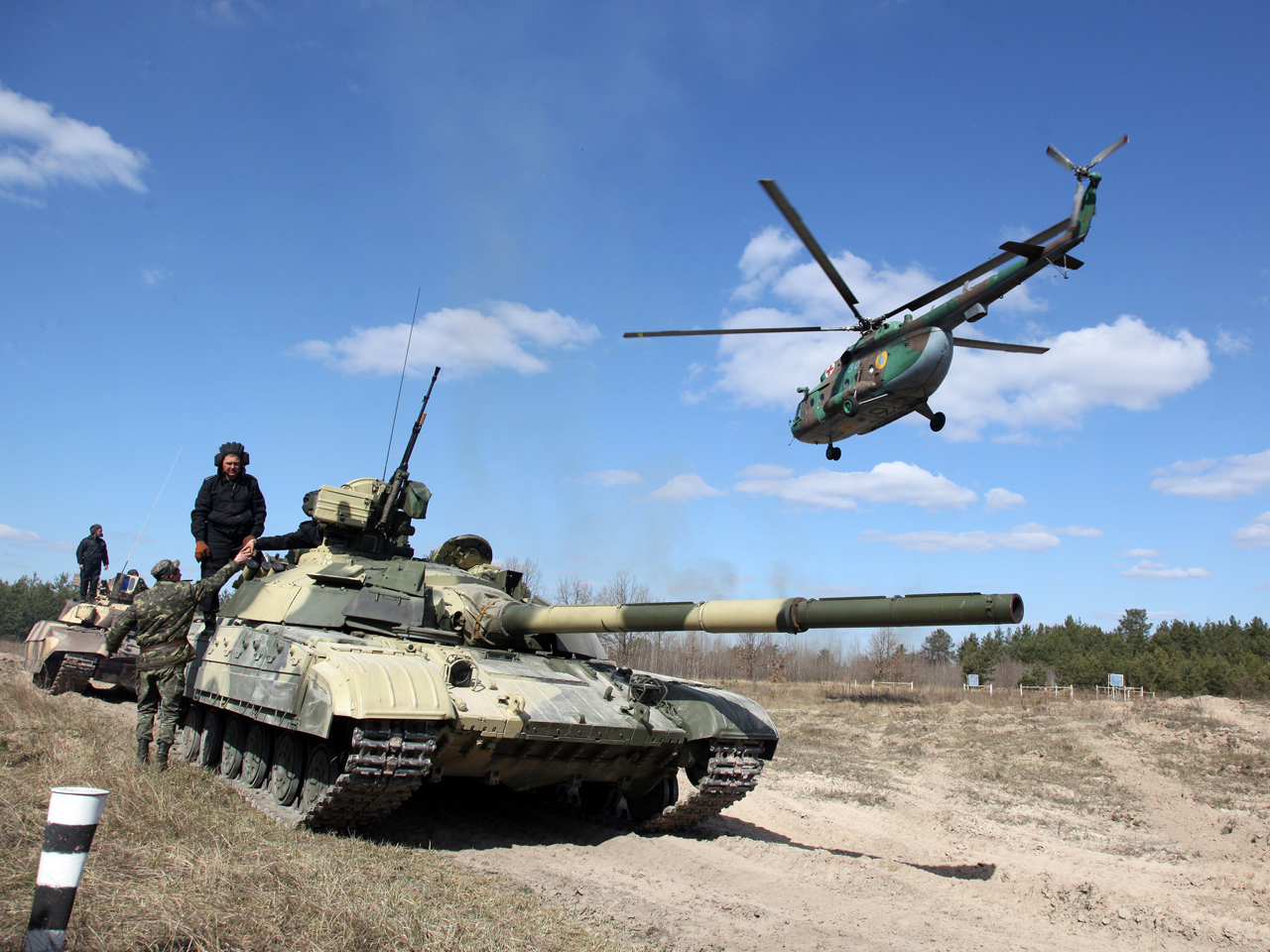 The U.S. is sending additional Marines to Romania, but officials tell CBS News this was planned prior to the Ukrainian crisis.

There are currently 265 Marines in Romania who have been there for years as part of the Black Sea Rotational Force, reports CBS News correspondent David MArtin. The U.S. is sending an additional 175 Marines as a forward element of a contingency force based in Spain that was established in the wake of Benghazi - i.e. quicker response to defend embassies.

The decision to put 175 Marines in Romania was made late last year. The U.S. has asked permission to base up to 600 Marines in Romania just to give a little extra headroom for when the number goes up when troops rotate in an out.

The Pentagon also announced this week it would be sending another warship into the Black Sea in the coming days to conduct exercises with "our Black Sea partners."

The last time this happened the Navy ship conducted exercises with just the Romanian and Bulgarian navies, but by saying this time they will conduct exercises with "Black Sea partners," it leaves open the possibility of an exercise with the Ukrainian navy.

These exercises are very underwhelming, Martin reports. They're call "pass exes" and they consist of passing each other at sea which involves communicating and maneuvering together.

These announcements come just as NATO said it would end civilian and military cooperation with Russia. NATO officials said they told their generals and admirals to quickly figure out ways to better protect alliance members that feel threatened by Vladimir Putin's Kremlin.

Meanwhile, Ukraine's ousted president, Viktor Yanukovych, said Wednesday that he was "wrong" to invite Russian troops into Crimea, and vowed to try to persuade Russia to return the Black Sea peninsula.

In his first interview since fleeing to Russia in February, Yanukovych told The Associated Press and Russia's state NTV television that he still hopes to negotiate with Russian President Vladimir Putin to get back the coveted region.

Russia annexed Crimea last month following a hastily called referendum held after Russian troops took control of the region. Ukraine and the West have rejected the move as illegal.

"Crimea is a tragedy, a major tragedy," Yanukovych told The AP, insisting that Russia's takeover of Crimea wouldn't have happened if he had stayed in power. He fled Ukraine after three months of anti-government protests against his rule.

The 63-year-old said he has personally met with Putin since he arrived and hopes to have more meetings with the Russian leader to negotiate Crimea's return.

"We must set such a task and search for ways to return to Crimea on any conditions, so that Crimea may have the maximum degree of independence possible ... but be part of Ukraine," he said.

Yanukovych said he and Putin had a "calm" but "difficult" conversation.

He said the Crimean referendum that was held just two weeks after Russian troops overran the peninsula - in which residents overwhelmingly voted to join Russia - was a response to threats posed by radical nationalists in Ukraine.

Yanukovych had pushed for local referendums that would allow parts of Ukraine to determine their own local government structures. He argued that should have been followed by a constitutional reform, and only after that should Ukraine have a national election.

The interim government in Kiev that took power after Yanukovych, meanwhile, has scheduled a presidential and some mayoral elections for May 25.

Asked about his opulent country residence outside of Kiev - a complex that shocked crowds of Ukrainians with its extravagant display of wealth amid the country's financial ruin - Yanukovych denied any allegations of corruption. He spoke with pride about his collection of dozens of old-time cars, but said he hadn't seen or used the golden loaf of bread found in his residence that has attracted much attention and sarcasm.

He also insisted that he gave no advantages or special privileges to his dentist-turned-billionaire son, who was said to have angered other Ukrainian tycoons by taking over some of the country's most profitable assets.

Yanukovych denied that he had given orders to shoot protesters in Ukraine's capital, where about 80 people were shot dead by snipers at anti-government protests in February. The government now in power has charged Yanukovych in connection with those deaths.

Yanukovych said he was criticized by his entourage for taking too soft an attitude toward the protesters, but insisted that he was reluctant to use force.

The long-time politician said he hopes to return to Ukraine someday, but didn't offer any details on how he could reclaim power.

While Putin has made it clear that Yanukovych has no political future, the Russian president has also insisted that Yanukovych's ouster was illegal and says he still remains Ukraine's only legitimate president.