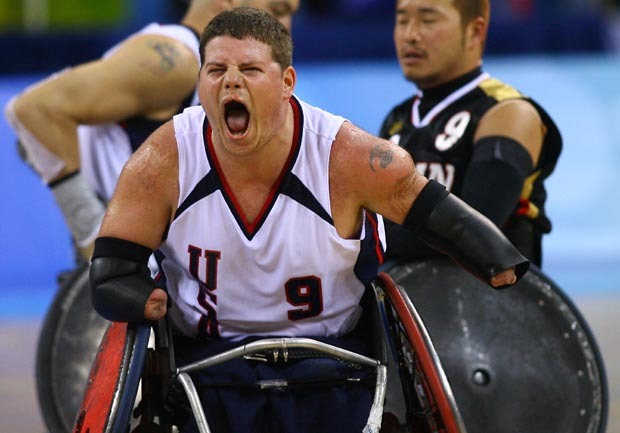 (CBS News) In August of 1999, 14-year-old Nick Springer was given his last rites in a Massachusetts hospital. Doctors said the New York teen had a 10 percent chance of survival after he contracted a rare form of meningitis while hiking the Appalachian Trail during summer camp.

Eight weeks later, Springer awoke from an induced coma in a New York hospital burn unit. Surgeons had been forced to amputate his legs above the knee and his arms below the elbow. The boy was now swaddled in bandages, weighing 52 pounds. Springer, a lifelong hockey player, couldn't feed or dress himself, let alone think about lacing up his skates. But while he was transformed physically, he was undeterred mentally.

"My family made a point of showing me my life was not over," he said. "It was more of a timeout."

That timeout has become a distant memory. Next month, Springer, now 27, will board a London-bound plane in pursuit of his second wheelchair rugby gold medal at the Paralympic Games.

Springer's path to the top of wheelchair rugby began with his love for hockey. Soon after he lost his limbs, he heard about sled hockey and wanted to give it a try. Nick's father, Gary Springer, says his son was still in rehab at the hospital when he first ventured onto the ice in Falmouth, Mass. Sweat socks padded his bandaged stumps and a hockey stick was duct-taped to his shoulder.

"The grin on his face was so fabulous because it was like, 'My God, I can do it, I can still play hockey,'" Gary Springer said.

Springer excelled at sled hockey and continued to live and breathe the sport off the ice. His story inspired the hockey world and he became friends with then-New York Rangers star Adam Graves. (When the Rangers retired Graves' jersey in 2009, the NHL player not only invited Springer to the ceremony at Madison Square Garden, he called the quadriplegic athlete his hero.)

Springer was reluctant to quit sled hockey but he trusted Calise and his foray into the full-contact sport paid off. Within three years, he was on the U.S. wheelchair rugby team. Despite playing against athletes with much more function, Springer has emerged as one of the national team's top defenders, according to his coach.

"There's probably few people that we've met in our sport that gets as much done with less as Nick," said U.S. wheelchair rugby coach James Gumbert. "We look at him and go, 'how in the heck did he do that?'"

Springer helped the team win gold at the Beijing Olympics in 2008. But he had little time to bask in the pinnacle of his athletic career. His mother Nancy was losing her long battle with cancer back in Westchester, N.Y. She died the day after the gold medal game, while Springer was on the plane back from China.

"I watched him go through that," Gumbert said. "Most people can't deal going through what Nick's gone through."

But Springer rarely dwells on what he's lost in his lifetime. Three years ago, he moved to Phoenix to train and he continues to play a key role for the U.S. national team - a squad that has lost just one game since he joined in 2006. Traveling from New Zealand to Brazil to Canada to play wheelchair rugby, he considers himself an ambassador for the sport and its healing powers.

"Sports is the thing that got me out of the hospital, it more or less saved my life," he said. "I love winning but the ultimate achievement is I'm playing a sport and helping people who are just getting out of hospital, helping people adjust to a disability. I love introducing guys to the sport - that's the best feeling in the world."

When he's not winning Paralympic gold medals, Springer remains a dedicated meningitis advocate, telling his story worldwide and urging kids to get the meningitis vaccine - something that would have prevented his life-changing ordeal in 1999.

Either way, Springer is gratified by how his "timeout" in 1999 made him who he is today.

"A disability might be permanent but being disabled isn't," he said. "If I could trade never getting sick for all the experiences and all the memories, would I do it? There's no way in hell. I've done things in my life I wouldn't trade for the world." 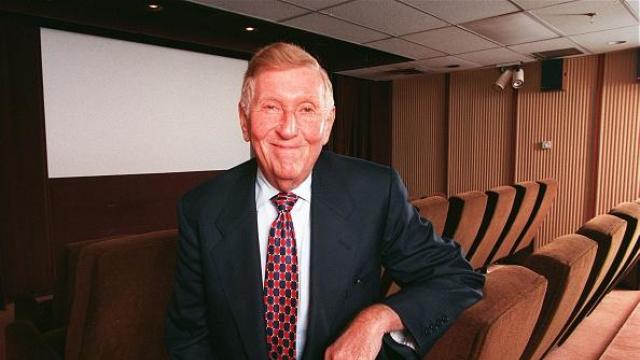