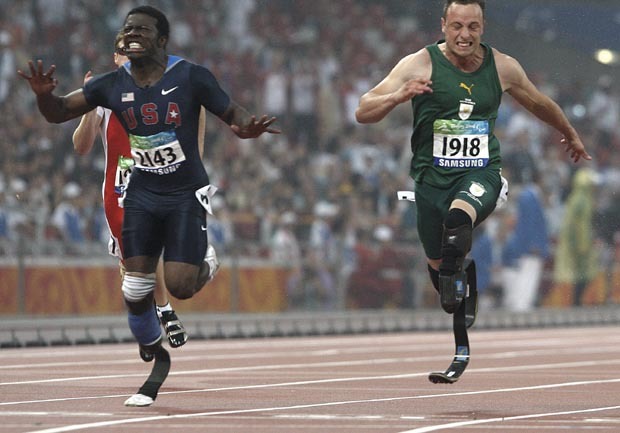 (CBS/AP) COLUMBIA, S.C. - American Jerome Singleton is eager to start what could be the biggest summer of his life.

The world champion sprinter from Columbia is seeking an individual gold medal at the Paralympic Games in London and hopes to raise awareness in his home country that disabilities don't have to slow you down.

The chase begins this weekend when Singleton runs the 100 and 200 meters at the U.S. team trials in Indianapolis. He also hopes to gain a spot on America's 4x100-meter relay team and defend a gold medal he helped win in China four years ago.

"I call it the pursuit of speed," Singleton told CBS News correspondent Bill Plante earlier this month in an interview for Face to Face.

The athletic achievements are special, Singleton said, but he believes there are much bigger accomplishments to pursue.

"I've been given a gift," Singleton said this month.

Singleton, who'll turn 26 next month, was born without a bone in his right leg, a condition called tibial hemimilia. He was 18 months old when doctors fused the remaining fibula and tibia bones and amputated his limb below the knee. Singleton can't remember his life any other way. The boy was soon fitted with a prosthetic leg and was never made to feel any different by his family.

"I actually didn't realize I was disabled until I was about 18 or 19 when I could actually cut the lines at amusement parks," Singleton told Plante (Watch interview at left). "When I got into college, that's when I found out about disability sport."

Singleton kept up with cousins, friends and neighborhood kids as they played sports throughout the year. During his time at Dutch Fork High, Singleton grew into a standout performer in football and track and was among the state's top 100 football prospects heading into college.

Singleton also excelled in the classroom and decided his future was in academics rather than football. He couldn't totally give up athletics even on scholarship and competed with the track team at Morehouse College in Atlanta. He moved on to Michigan for a dual degree with Morehouse in industrial engineering.

Singleton's breakthrough on the track came in 2007 when he won gold in the 100 meters at the ParaPan American Games in Brazil. The next year, he was runner-up to South Africa's famed "Blade Runner," Oscar Pistorius, at the Beijing Paralympics.

Singleton defeated Pistorius last year at the IPC Athletics World Championships in New Zealand, making him the man to beat in London.

Singleton's also put on a show off the track.

He has studied at the NASA Glenn Research Center, working on oil-free turbo machinery that would be used to help land spacecraft on Mars. He also helped update at stereo imaging vescroscopy system to aid early detection of cataracts.

Singleton has traveled to Switzerland for a research internship at CERN/European Organization for Nuclear Physics, with a focus on high energy particle physics. He has studied discrete probability and mathematical physics at the IAS/Park City Math Institute in Utah.

Right now, though, Singleton's locked in to his athletic goals with a regimen equal to any Olympian. There are weight sessions and track work, often for hours a day. Singleton's revamped his diet the past few years, too, giving up sunflower seeds, sweet tea and honey buns for a more athletic meal plan.

The result? Singleton feels he's in the best shape of his life, and he and his coach, Curtis Frye, think it's possible to surpass Pistorius' world record of 10.91 seconds this summer.

"We're trying to run as fast as Jerome can run," said Frye, the national championship track coach at South Carolina. "

Pistorius, a double amputee, has gained a legion of admirers for his talent and desire to compete in the Olympics. He was not selected for the South African Olympic squad in 2008 despite finishing third in their trials because his time didn't meet the qualifying standard. Pistorius is seeking to qualify for the London Olympics.

Singleton thinks Pistorius' chase is amazing, as long as the rival is lined up for the Paralympics, too. Singleton knows the gap between top U.S. sprinters like Justin Gatlin and Tyson Gay and himself is too great at the moment, but would relish a chance to compete.

"I would love to race them. Competition is competition. Who doesn't want to be the fastest," Singleton said.

Singleton has already improved his profile. He's among Olympic and Paralympic athletes supported by oil and gas giant BP. Singleton's filmed commercials and made appearances on behalf of the company, which says it is honored to back the sprint champion.

"We really believe that all of these athletes are amazing and personify courage and dedication to a cause," said Scott Dean, BP's Olympic spokesman.

Singleton has enjoyed sharing his story and hopes he can enhance things with a medal or two at the Paralympics.

"I would like to help take this sport to a level people haven't seen before," he said. "That would make me prouder than anything.

"I can make a difference," he continued. "That's what I'm thankful for." 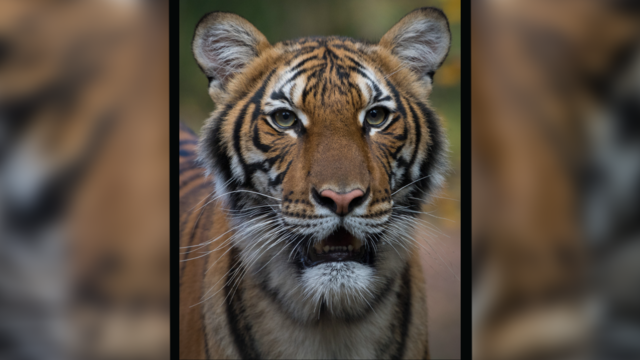