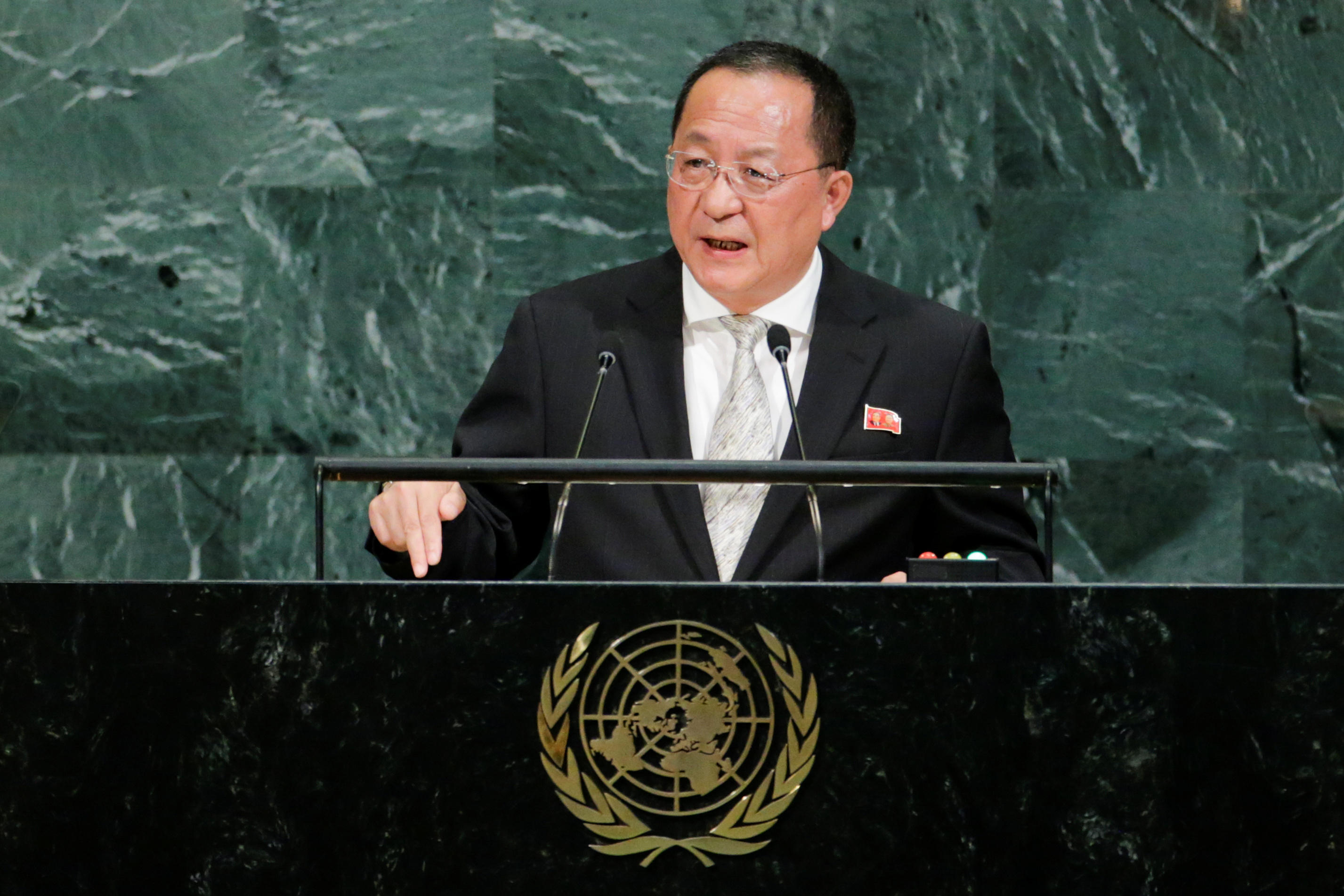 UNITED NATIONS -- Just as the final North Korea Olympic athletes were arriving in Gangneung, South Korea for the Winter Olympics, Kim Jong Un's foreign minister Ri Yong Ho appealed to the U.N. chief on Thursday, to recognize Pyongyang's "positive developments" in its relations with Seoul. The North's top diplomat, in a letter sent by its U.N. ambassador Ja Song Nam and sent to CBS News, warned of "emerging dangerous military moves antithetical to the positive changes leading to the improvement of inter-­Korean relations and easing of tension now being manifested on the Korean peninsula."

The letter, addressed to U.N. Secretary General Antonio Guterres spoke of the sports diplomacy as a "dramatic turning point" for peace, stability and national reconciliation on the Korean peninsula where a "touch-and-go war danger" prevails.

That said, the letter said "U.S. authorities are misleading public opinion as if the inter-Korean dialogue is an outcome of their harshest sanctions and pressure," intentionally aggravating the situation by introducing nuclear powered aircraft carrier strike groups in the vicinity."

The letter warned that the U.S. movement of military reinforcements is a "primary factor" that would block the reconciliation process and push the peninsula "into an unpredictable dangerous phase."

On Friday, the Secretary-General's spokesperson, Stephane Dujarric, told CBS News that the U.N. chief had received the letter, and he would circulate it to the Council as the Foreign Minister had requested.

Although the North's missile and nuclear tests have been halted for an Olympic reprieve, this week CIA Director Mike Pompeo warned that North Korea could have a nuclear weapon capable of striking the United States within "a handful of months," adding that the Trump administration's stance on North Korea had yielded, "a seriousness and a progress" in dealing with the threat from Pyongyang "that has never been achieved before."

The letter arrived as North Korea's 22 athletes traveled to South Korea for the Feb. 9-25 games in Pyeongchang and female hockey players were set to form the the first joint team with South Korean athletes.

North Korea's protest was a reflection of  one of the most powerful moments in President Trump's State of the Union address Tuesday night, when a young man stood and proudly waved the crutches he used during a perilous escape from North Korea. Mr. Trump used Ji Seong-ho's amazing journey to highlight the cruelty of the North Korean regime and make the case that it must not be allowed to build a nuclear arsenal.

Ben Tracy reported that the president's comments during the State of the Union renewed the focus on North Korea tension.

North Korea figured prominently in a lunch hosted this week at the White House of the president and U.N. ambassador Nikki Haley and U.S. Secretary of State Rex Tillerson with the U.N. Security Council. Mr. Trump said he is now willing to consider diplomatic talks with North Korea, though he has also said in the past that such talks would be a waste of time.

North Korea's latest missive, accusing the U.S. of "throwing a wet blanket over our efforts" calls for the U.N. to convene a Security Council meeting to welcome the improved inter-Korean relations.