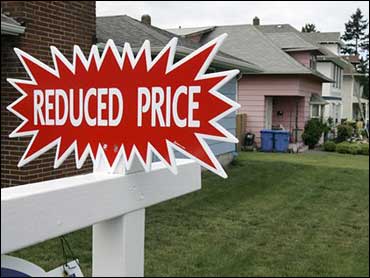 Home prices are weakening around the country, even in metro areas that were showing strength earlier in the year.

The biggest drop came in Phoenix. Prices there fell 1.3 percent from a month earlier. And prices in three California cities that had been rebounding San Francisco, San Diego and Los Angeles fell by less than 1 percent in August from July.

Detroit, Chicago, Washington, New York and Las Vegas were the only cities to show monthly price increases. The 20-city index has risen 6.7 percent from its April 2009 bottom. But it remains nearly 28 percent below its July 2006 peak.

A higher proportion of foreclosed homes likely pushed down California markets, said David Blitzer, the S&P index's chairman. During the summer, foreclosures were moving swiftly. That was before allegations surfaced of mortgage lenders using flawed documents to foreclose on homes. Lenders responded by freezing foreclosures in many states.

Even with the declines, the San Francisco area's home prices have surged more than 21 percent from spring 2009, when they hit bottom. Prices in San Diego have risen nearly 14 percent and in Los Angeles they have increased by more than 10 percent in that same period. Home prices would have to rise by more than 50 percent in each of the markets to return to their peaks during the housing boom.

Those California cities "had come back very fast and very strongly," Blitzer said. "Prices come down when you get a lot more foreclosures."

Problems with flawed foreclosure paperwork could weaken home prices. That would happen if buyers fear purchasing foreclosed homes because the sale could be contested or even canceled if the previous owner claims the foreclosure was invalid.

In an October survey taken by the National Association of Realtors, about 23 percent of real estate agents said they have a client who is no longer interested in purchasing a foreclosed property due to the foreclosure-document mess.

In the short run, however, the documents problem could prop up sale prices if fewer foreclosed homes are put up for sale.

Home prices rose in many markets from April through July. But those increases were mostly fueled by government tax credits, which have expired. Now that the peak buying season is over, a record number of foreclosures, job concerns and weak demand from buyers are pushing prices down.

Most experts expect roughly 5 million homes to be sold through the entire year. That would be in line with last year's totals and just above sales for 2008, the worst since 1997.