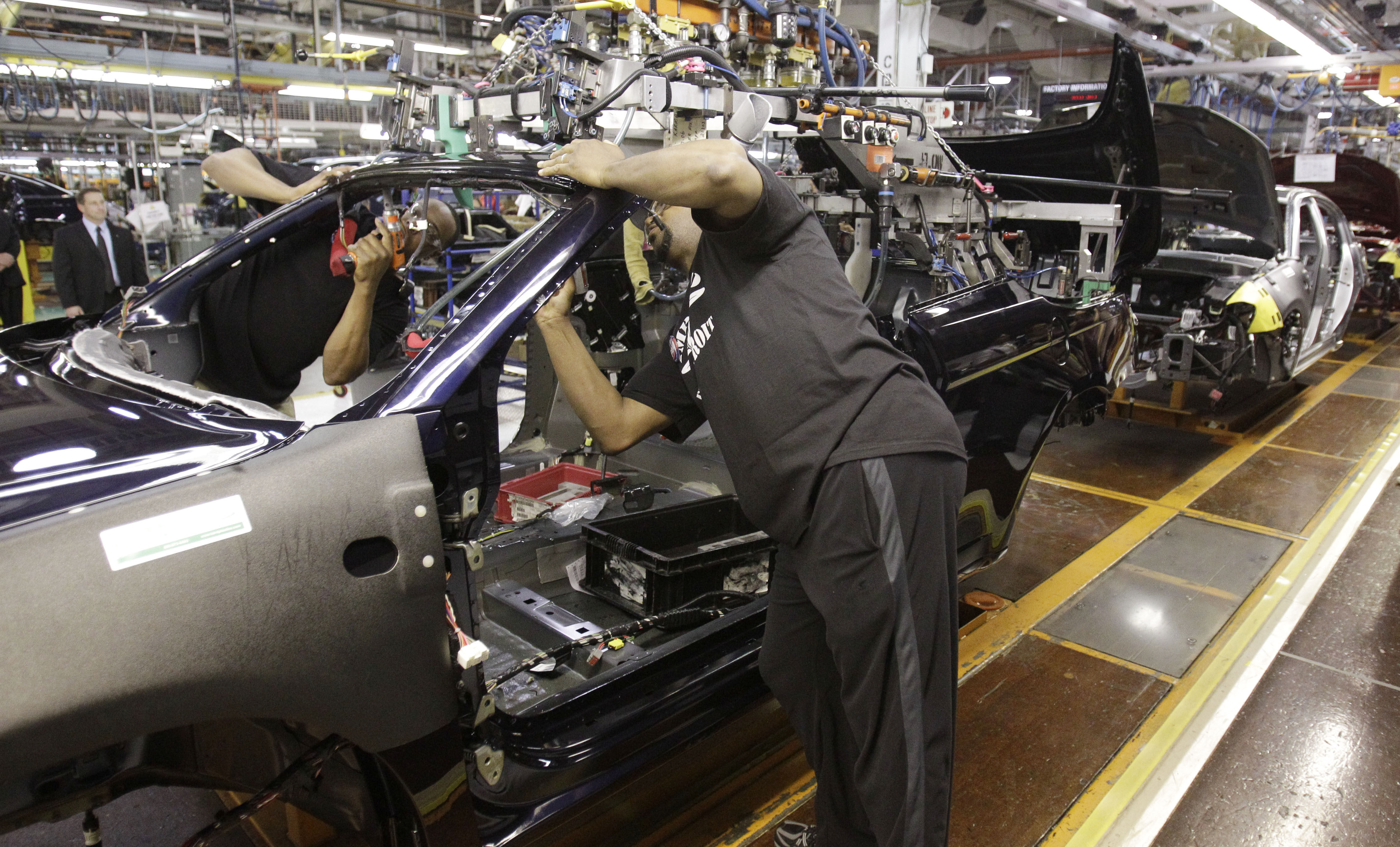 (AP) WASHINGTON - The U.S. economy grew at a solid pace in the final three months of 2011 but that growth likely slowed in the first three months of this year as businesses cut back on restocking their shelves.

The economy grew at an annual rate of 3 percent in the October-December quarter, the fastest pace since the spring of 2010, the Commerce Department reported Thursday. The government's third and final look at fourth quarter growth was unchanged from the previous estimate. Slower growth in exports than previously estimated was offset by stronger growth in business investment.

Economists believe that growth slowed to around 1.5 percent in the current quarter. For the year, economists at JPMorgan believe the economy will grow 2.2 percent, slightly better than last year's 1.7 percent expansion.

Growth at that level would be far below what economists believe is the pace needed to make sustained gains in employment. The unemployment rate has dropped to 8.3 percent from 9 percent in September. But Federal Reserve Chairman Ben Bernanke cautioned in a speech Monday that the U.S. job market remains weak despite strong hiring in the past three months. He said for the hiring gains to be sustained, the economy needed to grow at stronger rates.

For the fourth quarter, consumer spending, which accounts for 70 percent of economic activity, expanded at an annual rate of 2.1 percent, led by strong gains in car sales. Business investment rose at a 5.2 percent annual rate, pushed higher by companies rushing to make equipment purchases before special investment tax breaks expired at the end of the year. That was nearly double the estimate the government made a month ago.

But this new-found strength was offset by a reduction in the estimate of export growth. U.S. exports grew at an annual rate of 2.7 percent in the fourth quarter, down from an estimate of 4.3 percent a month ago.

Bernanke's comments on Monday cheered investors because they were seen as a strong signal that the Fed was not close to making any changes in its plans to keep interest rates low for years.

At its January meeting, the Fed said it expected to keep its benchmark for short-term rates near zero until the end of 2014. It reaffirmed that commitment at its March meeting, but investors had grown concerned that the recent better-than-expected economic data might trigger the Fed to start raising rates earlier than planned.

Bernanke said in his speech on Monday that while the increased hiring was encouraging, it was too early to tell whether it would last.

Economists are worried that consumer spending will not be sustained without better gains in incomes.