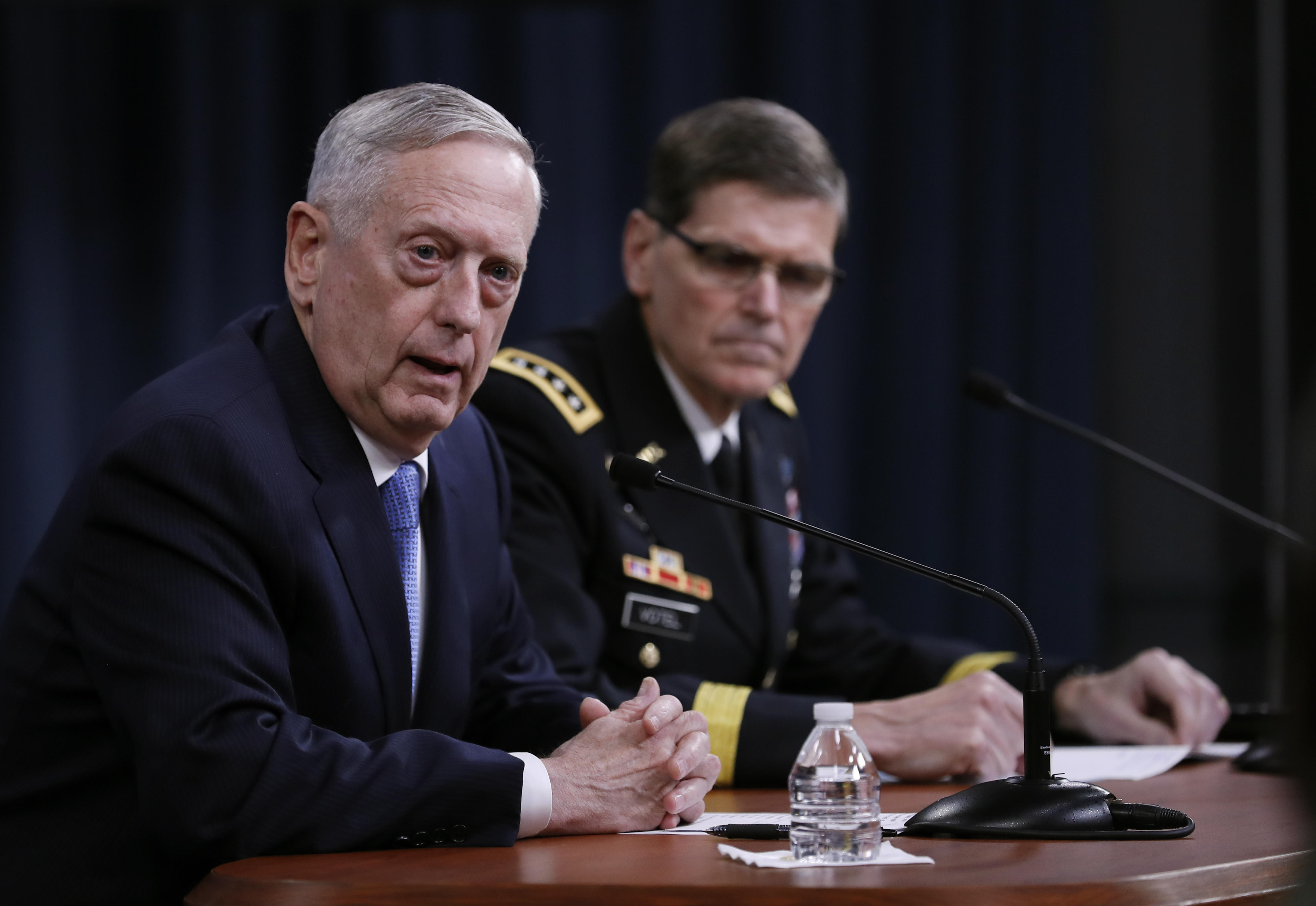 WASHINGTON -- After attacking a Syrian air base in response to President Bashar al-Assad’s alleged battlefield use of chemical weapons, the Pentagon intends to refocus on defeating the Islamic State of Iraq and Syria, or ISIS, without getting more deeply involved in the country’s civil war, Defense Secretary Jim Mattis said Tuesday.

“The military campaign is focused on ... breaking ISIS, defeating ISIS in Syria,” Mattis told reporters in his first Pentagon news conference as President Trump’s defense chief. Last week’s cruise missile assault on a Syrian air base “was a separate issue” meant to demonstrate that the Trump administration will not tolerate what it believes are violations of international conventions against the use of chemical weapons, Mattis said.

The Syrian government has denied that it used chemical arms in an attack on a Syrian town last week.

Mattis said that if Syria were to use chemical weapons again it would “pay a very, very stiff price.” He declined to say exactly what sort of Syrian violation would prompt a U.S. military response, but he stressed that the administration has no intention of getting drawn into Syria’s civil war.

Mattis said the cruise missiles were aimed at the perpetrators of the chemical attack.

“The reason for the strike was that alone,” he said. “It was not a harbinger of some change in our military campaign.”

When asked why military force is justified in response to the killing of Syrian civilians with chemical weapons, but not when they are attacked with conventional arms, Mattis said “there is a limit ... to what we can do” to stop the civil war, whereas the chemical attack could not go unanswered.

“We knew that we could not stand passive on this,” he said. “But it was not a statement that we could enter full-fledged, full-bore into the most complex civil war probably raging on the planet at this time.”

The U.S. has been conducting airstrikes in Syria since September 2014 and more recently has enabled a makeshift Syrian Arab and Kurdish force to isolate the city of Raqqa, which is ISIS’ self-declared capital. Mattis said the administration’s new plan for defeating ISIS is “being fleshed out,” suggesting that it will not be ready for implementation anytime soon.