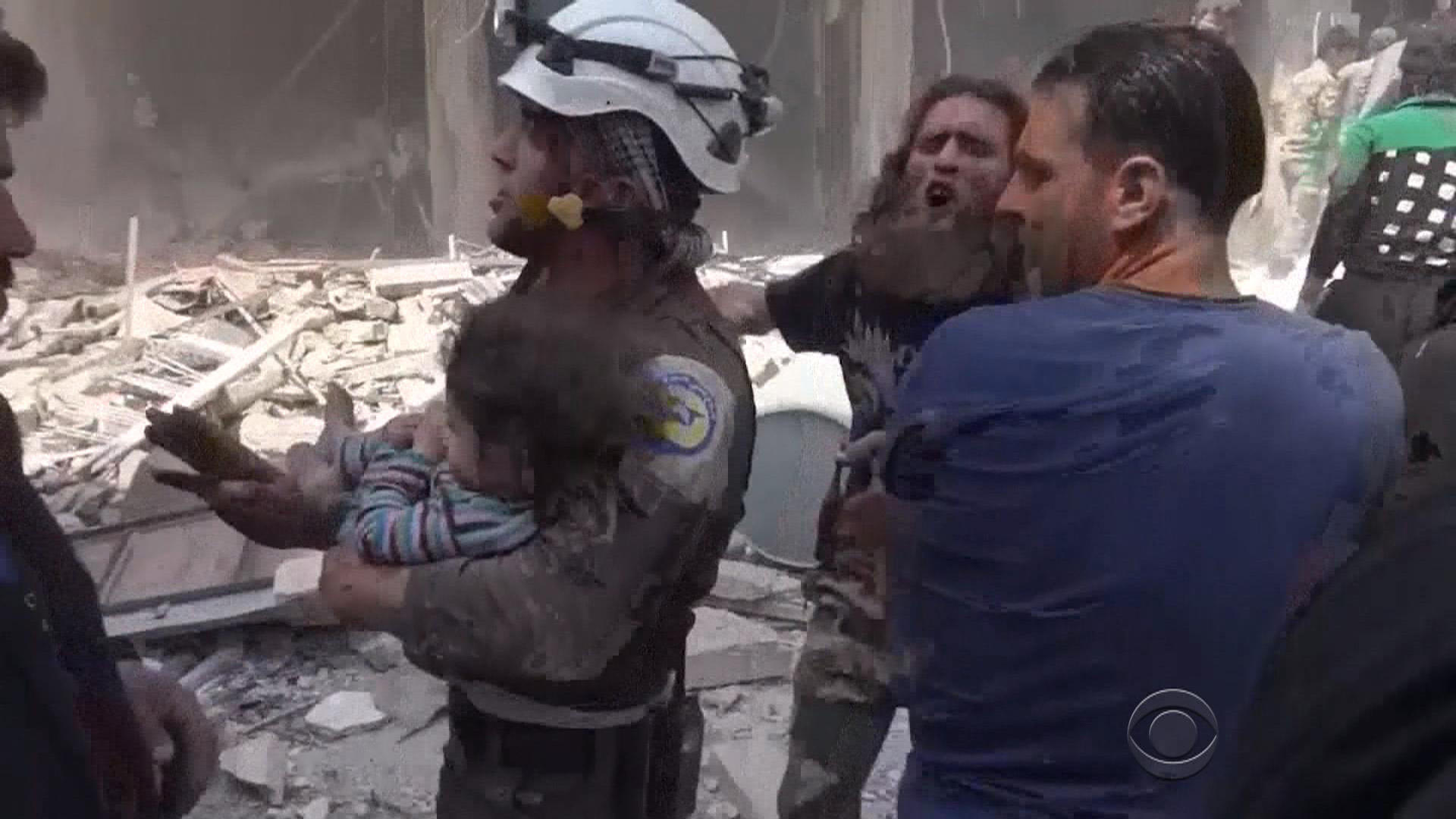 Syria is the problem from hell that has only grown worse in recent years, leaving the U.S. with no good options after an apparent chemical attack killed at least 72 people, many of them children.

It appears that forces loyal to Syrian President Bashar al-Assad were responsible for the apparent war crime on the Idlib province, a rebel stronghold. Syria and Russia, which has sent military support to Assad, has said the weapons came from a rebel stockpile.

Over the course of the six-year conflict, the U.S. has tried diplomacy. But the bloody conflict’s death toll has climbed to 500,000 -- and five million people have fled as refugees.

While former President Obama had tried diplomacy with both Assad and Russia, the Obama administration had declared the use of chemical weapons as a “red line” before military intervention. President Trump had indicated a more lenient policy toward Assad, although Mr. Trump appeared to be moving away from that on Wednesday, saying “my attitude toward Syria and Assad has changed very much.”

With diplomacy having failed, one option for the U.S. is direct military intervention against the Syrian regime, says CBS News correspondent Holly Williams.

The U.S. has avoided airstrikes because it would risk being drawn into a conflict with Russia. Instead, the U.S. has focused its airstrikes and troops in Syria in the fight against ISIS.

Additionally, the Syrian warzone is a “very fractured and complicated place with lots of different militias and rebel groups,” Williams says. The U.S. has provided ammunition and weapons to some groups -- and others have been labeled terrorist groups.

“In that environment, it is very difficult for the U.S. to find effective and reliable partners on the ground,” Williams says.