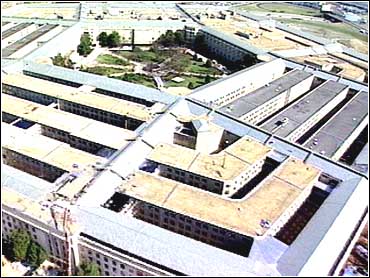 Defense Secretary Donald H. Rumsfeld is ready to unveil a new military strategy that, among other things, would formally abandon the two-major-war measure that has been used to determine the size of the military for a decade, The Washington Post reported.

The paper said in Monday editions that Rumsfeld is scheduled to meet with President Bush this week to seek final approval for the new strategy, said to involve some of the biggest changes in the U.S. military in a decade.

Rumsfeld has been working on the reorganization plan since the Bush administration took office in January and the final version will be the blueprint for budget proposals outlining defense spending for the next several years.

The Post quoted unidentified Pentagon officials as saying a two-week campaign on defense issues raised by the new plan will culminate with a May 25 address by Bush at the Naval Academy where he will lay out what one called "the vision of where we need to go as we move into the 21st century."

The Post said putting aside the two-war strategy is more a matter of determining the overall size of the military than planning for specific conflicts, noting that for about 10 years the military has used the possibility of having to fight wars in two places at the same time to determine the minimum number of troops and weapons needed.

It said defense officials were guarded about discussing specifics of the new plan, but that one of those involved in its formulation said the military of the future needs to make sure it has capabilities to deal with a fast-changing world.

Rumsfeld appointed about 20 panels to consider everything from what weapons not to buy to how to change personnel policy to how nuclear weapons are commanded and controlled. The Post said some of those panels have made recommends that contradict each other.