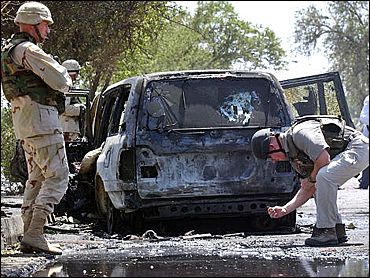 The Security Council was expected to discuss the draft resolution behind closed doors, a U.S. official said, speaking on condition of anonymity.

The draft resolution was being presented just hours before President Bush is to lay out his vision for the new Iraqi government in a speech.

CBSNews.com will Webcast the president's remarks at 8 p.m. ET.
It came amid more violence in Baghdad, where two Britons were killed in a bombing outside coalition headquarters, and mortar attacks sent ambulances racing in all directions.