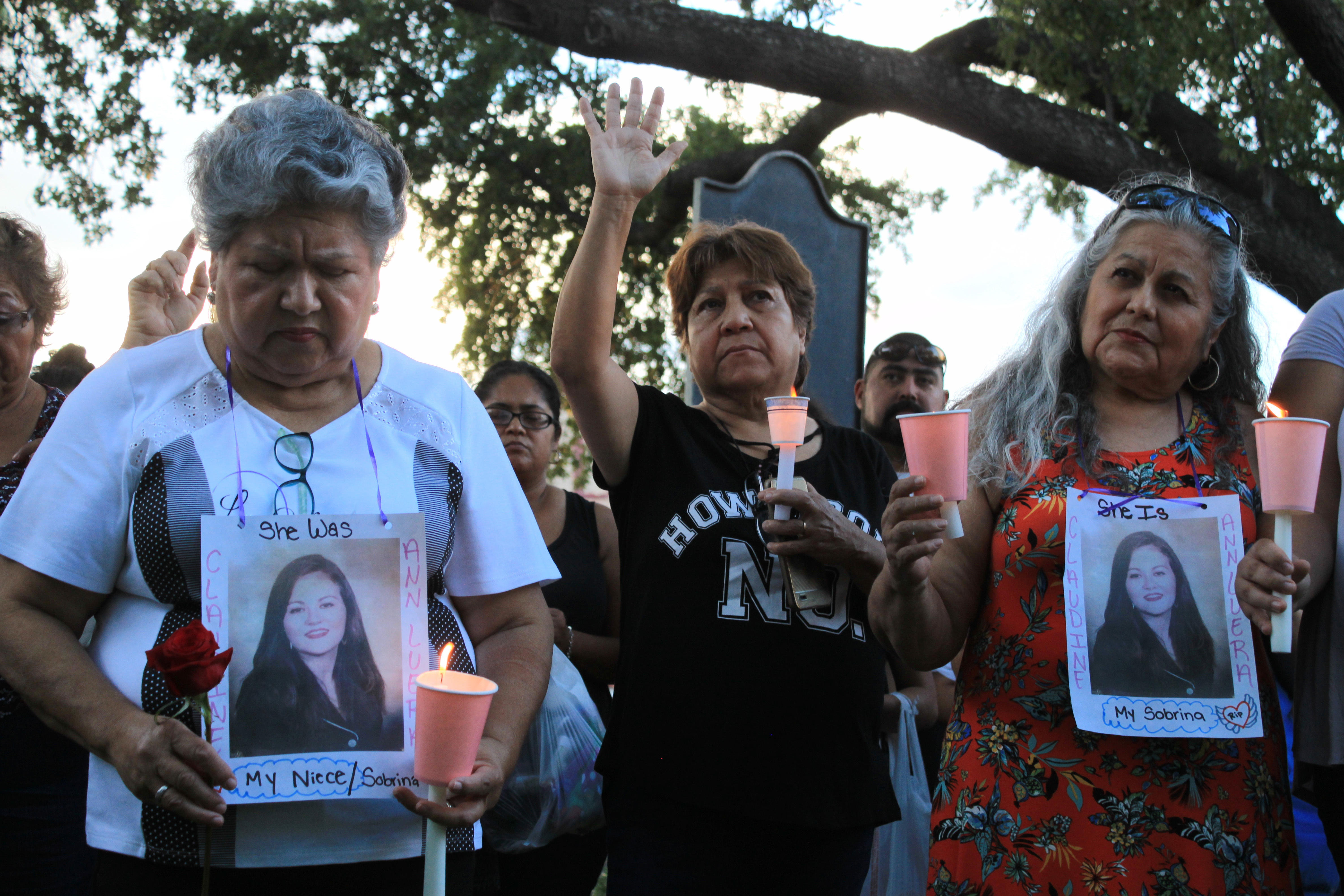 LAREDO, Texas -- Dozens of family members of four women who investigators say a U.S. Border Patrol supervisor killed gathered Tuesday evening in South Texas to remember the women at a vigil. In a park near San Agustin Cathedral in downtown Laredo, they held small candles and photos of their loved ones while praying, crying and exchanging hugs. Many described still being in disbelief and experiencing numbness, saying the women didn't deserve to die.

Members of Melissa Ramirez's family wore pink and carried signs that read, "We want justice for all victims."

Claudine Anne Luera's relatives held roses and photos of her during the vigil. They described her as a loving mother of five.

"She was loved. Just like these other victims, they had families. They are much more than what's being told about them," her sister, Colette Mireles, said.

Juan David Ortiz was arrested Saturday while hiding in a hotel parking garage. Investigators believe he fatally shot four women during separate attacks after taking each of them to desolate areas outside of Laredo. Investigators say a fifth victim escaped and contacted authorities.

Ortiz is facing several charges, including four counts of murder.

Authorities have said the women were believed to have been sex workers who the suspect knew and targeted for their vulnerability.

Those killed include 29-year-old Ramirez and 42-year-old Luera. A third victim was a 28-year-old transgender woman who authorities said had the birth name Humberto Ortiz but was known as Janelle. The fourth victim's name hasn't been released.