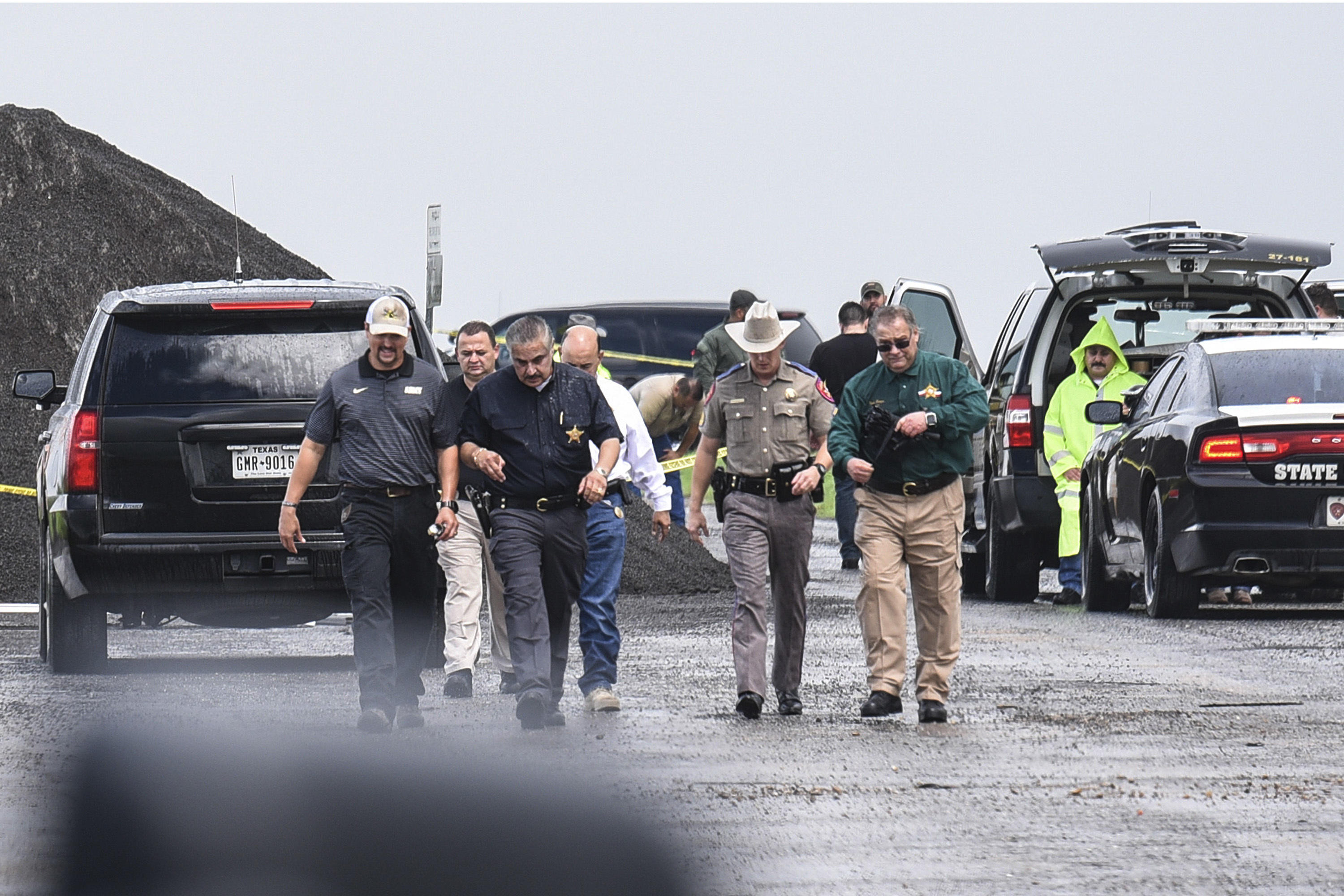 HOUSTON — A U.S. Border Patrol agent suspected of killing four women was arrested early Saturday after a fifth woman who had been abducted managed to escape from him and notify authorities, law enforcement officials said, describing the agent as a "serial killer."

Juan David Ortiz, an intel supervisor for the Border Patrol, fled from state troopers and was found hiding in a truck in a hotel parking lot in Laredo at around 2 a.m. Saturday, Webb County Sheriff Martin Cuellar said at a news conference in the border city about 145 miles southwest of San Antonio.

"We do consider this to be a serial killer," said Webb County District Attorney Isidro Alaniz.

Authorities plane to charge Ortiz with four counts of murder and one count of aggravated kidnapping, Alaniz said.

In a statement, Andrew Meehan, assistant commissioner for public affairs for U.S. Customs and Border Protection, said his agency's Office of Professional Responsibility, the U.S. Border Patrol and the Department of Homeland Security Office of the Inspector General are fully cooperating with all investigators.

"Our sincerest condolences go out to the victims' family and friends. While it is CBP policy to not comment on the details of an ongoing investigation, criminal action by our employees is not, and will not be tolerated," Meehan said.

He referred questions about the investigation to authorities in Webb County and to the Texas Department of Public Safety, whose Texas Rangers are also investigating.

"The manner in which they were killed is similar in all the cases from the evidence," said Alaniz.

But both Alaniz and Cuellar declined to discuss the evidence or say how the women were killed. Alaniz said investigators are still trying to determine a motive for the killings. Authorities planned to provide another update on the investigation Monday.