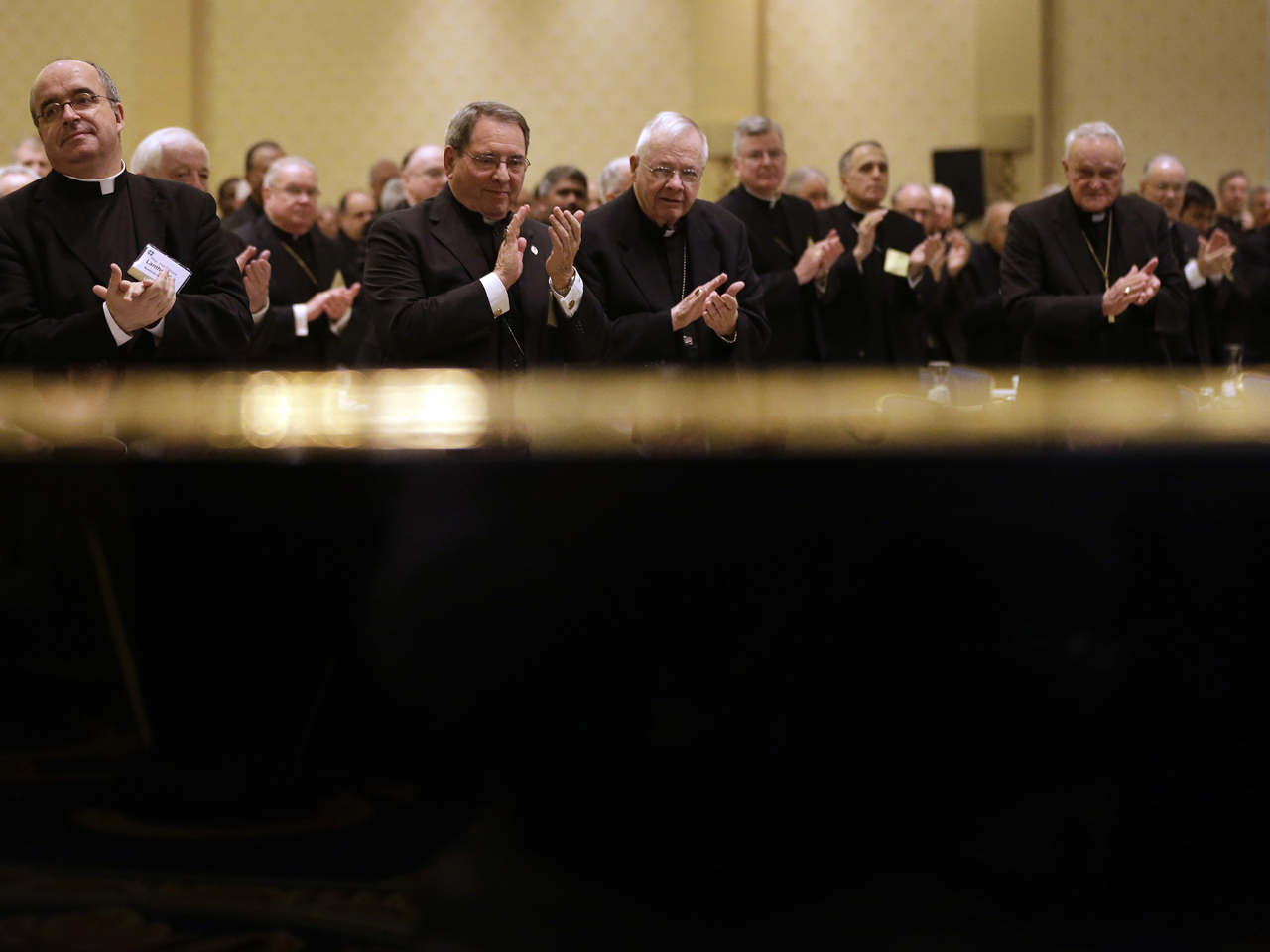 BALTIMORE A subdued U.S. Conference of Catholic Bishops acknowledged Monday that voters rejected the stands they took against gay marriage and birth control, but gave no sign they would change their strategy ahead.

Critics accused the bishops of going so far that they appeared to be backing Republican Mitt Romney.

The bishops insist their complaints were not partisan. Still, they now must face four more years with an administration many bishops characterized as a threat to the church.

"We've always maintained our openness to dialogue, and that will continue," said Baltimore Archbishop William Lori, who leads the bishops' committee on religious liberty. "As this evolves, as rule-making gets a little more clear, then our range of options will be clearer."

None of the bishops who spoke Monday directly mentioned Obama. Lori only noted that "the political landscape is the same."

The bishops instead reviewed plans they developed well before Election Day to expand outreach to Latino Catholics on traditional marriage and organize events on the importance of religious freedom.

The comments come after the Vatican's newspaper, L'Osservatore Romano, published an article Saturday assuring it would never waiver its hard stance against gay marriage. In a separate Vatican Radio editorial, the pope's spokesman asked sarcastically why gay marriage proponents don't now push for legal recognition for polygamous couples as well.

Last week, Maine, Maryland and Washington became the first states ever to approve same-sex marriage by popular vote. In Minnesota, voters rejected a proposal to place a ban on gay-marriage in the state constitution, a step taken in past elections in 30 other states.

Archbishop Salvatore Cordileone, the newly installed leader of the Archdiocese of San Francisco, said gay marriage opponents were outspent by gay rights groups, and bishops are grappling with how they can be more persuasive.

Surveys by the Pew Forum on Religion & Public Life have found that the number of Americans who say they have no religion is at a high of 20 percent, while the number of former Catholics is so large that ex-Catholics collectively include more people than many denominations.

"The election is a symptom of a much larger problem," Cordileone said. "Most people don't understand what marriage is."

On health care, the Obama administration's birth control requirement exempts houses of worship, but does not exclude religiously affiliated hospitals and nonprofits. Obama promised to change the requirement so that insurance companies and not faith-affiliated employers would pay for the coverage. But details have not been worked out. And not only the bishops, but Catholic hospitals and some other religious leaders generally supportive of Obama's policies are saying the compromise appears to be unworkable.

Dozens of dioceses and Catholic nonprofits are suing the Obama administration over the mandate, arguing the requirement violates religious freedom.

Steve Schneck, a political scientist at the Catholic University of America who campaigned for Obama, said the bishops need to quickly reach out to the administration because the opportunity to strike a compromise will be limited once the court cases move forward.

"It's something that I think the bishops should be working for if they're serious about trying to win exemptions for hospitals and charities and similar nonprofit institutions," Schneck said. "It's in the interest of the administration to resolve this thing ahead of the lawsuits."