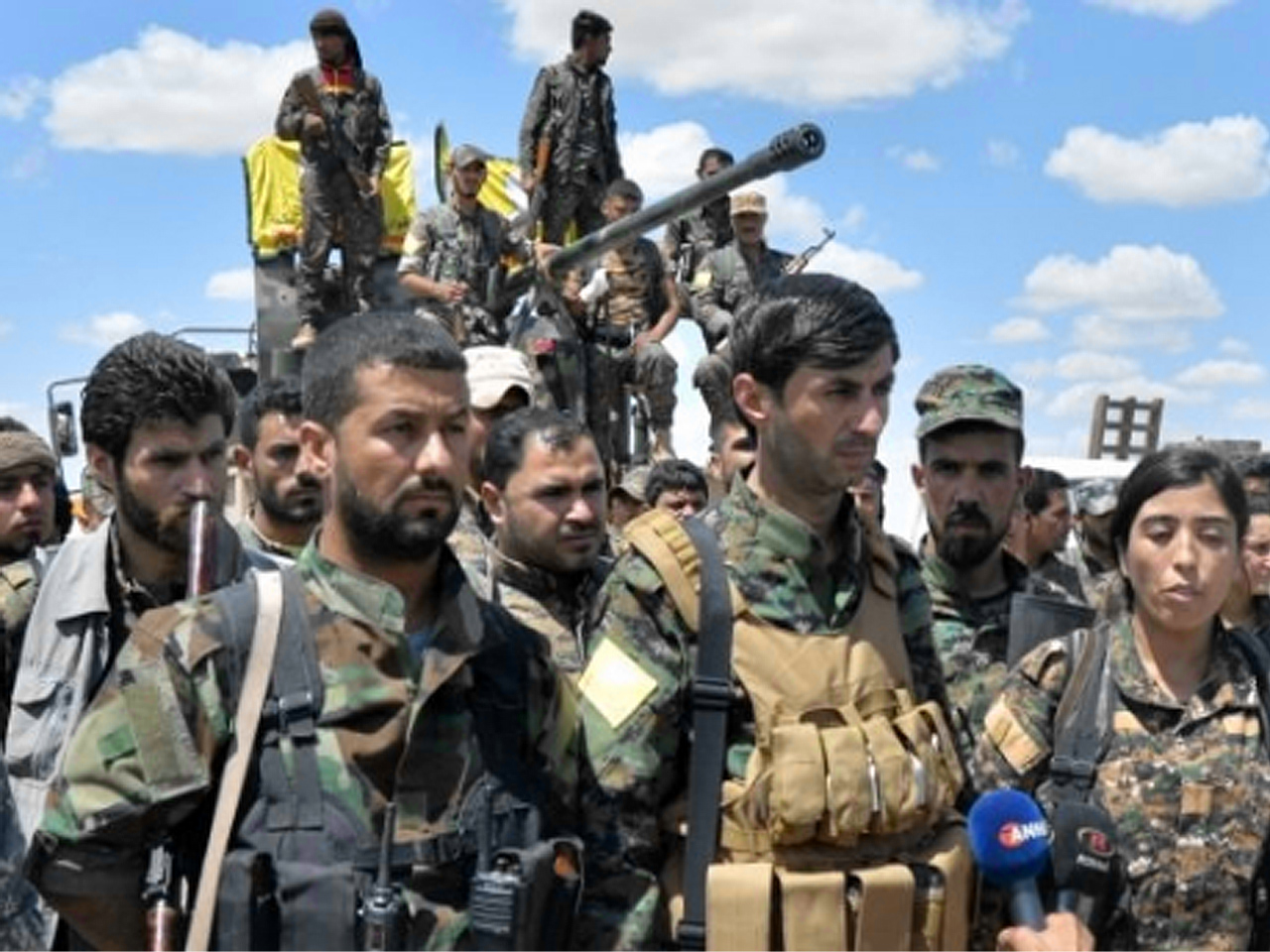 BEIRUT -- At least 20 civilians, including some children, were killed in suspected U.S.-coalition airstrikes on a village east of ISIS’ de-facto capital in Syria, activist groups said Thursday.

The reports come as the Islamic State of Iraq and Syria (ISIS) militants come under mounting pressure by rival U.S.-backed and Russian-backed forces working to seize the city of Raqqa.

In the area east of Raqqa, the activist group Raqqa is Being Slaughtered Silently reported at least 20 civilians were killed in airstrikes Wednesday night on Matab Village.

Members of the U.S.-backed umbrella opposition group known as the Syrian Democratic Forces hold territory very near Matab, and U.S. strikes have been seen recently in the area in support of those forces.

The Britain-based Syrian Observatory for Human Rights, another activist group, said the strikes occurred before dawn Tuesday and left 20 civilians dead, including at least six children and four women.

It was not possible to reconcile the two accounts -- ISIS maintains a tight grip on communications from its territory. The Observatory and RBSS get their information from closely guarded local contacts.

Russian and Syrian aircraft are not known to operate in the area, according to the Observatory.

The U.S.-led coalition did not confirm the strikes and there was no immediate indication from officials which nation’s aircraft were involved.

U.S. officials said Wednesday that a couple hundred Marines had deployed into Syria with heavy artillery guns, as part of preparations for the fight to oust ISIS from Raqqa. Pentagon officials said the increase in presence in Syria was long-planned, and not part of an anticipated ramping-up of operations against ISIS that President Trump and his senior military commanders are still hashing out.

Votel went on to explain that the local forces the U.S. is supporting in Syria, “don’t have as good mobility, they don’t have as much firepower, so we have to be prepared to fill in some of those gaps for them and that may involve additional fire support capability, a variety of other things that we bring in to help offset some of the gaps that they have and we take the burden on ourselves for that aspect of the fight.”

Votel -- speaking to a small group of reporters accompanying him on a trip to the Middle East on Feb. 22 -- stressed that the Pentagon was not considering sending American combat troops to take over the fighting in Syria and that the strategy developed during the Obama administration of keeping local forces in the lead would not change.

Aleppo, once Syria’s industrial capital, suffered for years from severe water shortages as the government and opposition fighters contested the city and ISIS controlled its upstream source -- the pumping stations at the town of Khafseh on the Euphrates River.

Pro-government forces defeated the rebels in the city just before the new year and took Khafseh from ISIS militants earlier this week.

Residents in Aleppo have depended on wells and water deliveries arranged by the government, charities and the U.N. children’s agency, UNICEF.

Imad al-Khal, 64, a resident of al-Aziziyeh neighborhood in Aleppo, told The Associated Press that municipal water hasn’t reached her home in nine weeks.