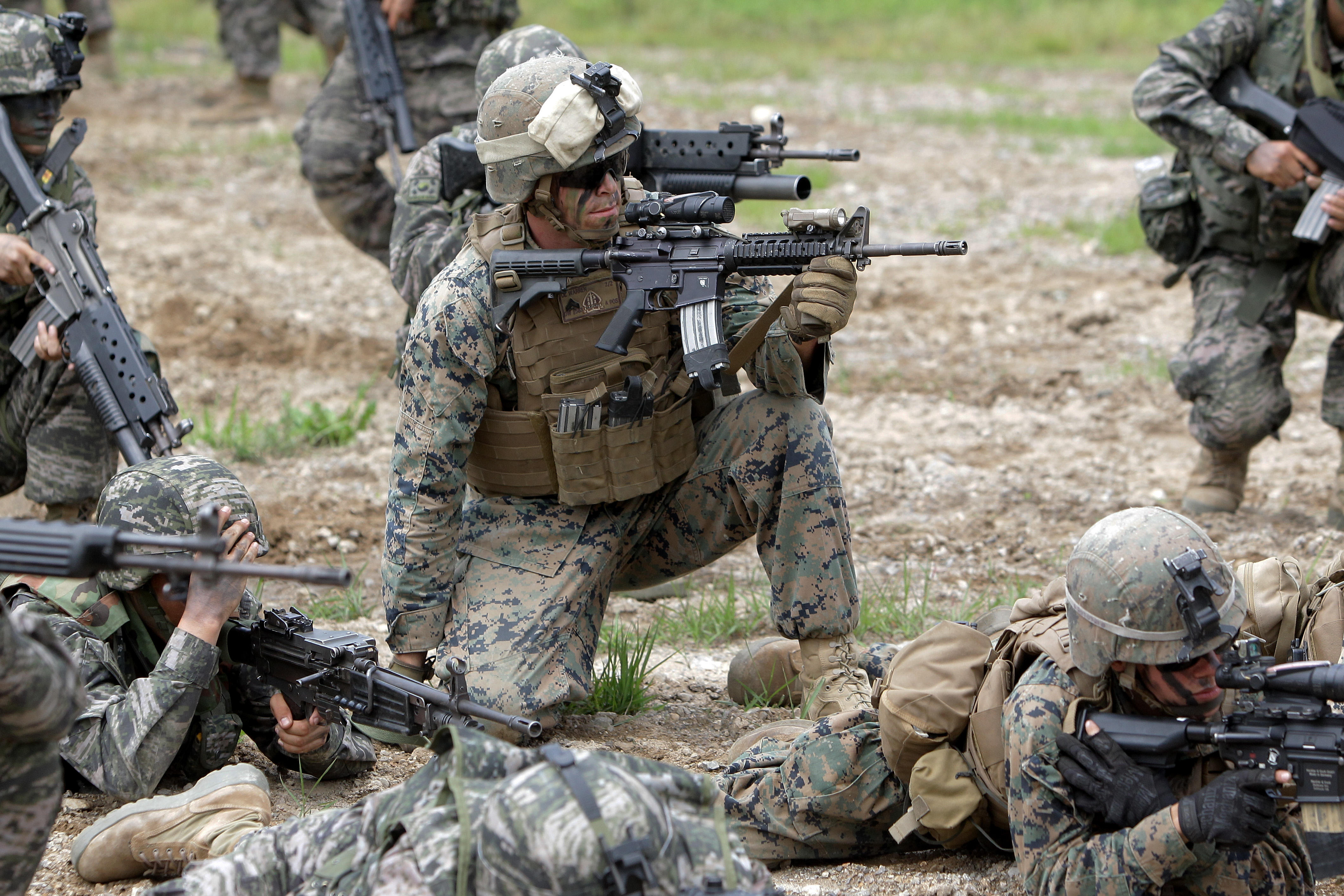 WASHINGTON -- A couple hundred Marines have deployed into Syria with heavy artillery guns, as part of the ongoing preparation for the fight to oust the Islamic State of Iraq and Syria (ISIS) from its self-declared headquarters of Raqqa, a senior U.S. official told the Associated Press Wednesday.

The deployment is temporary. But it is likely an early indication that the White House is leaning toward giving the Pentagon greater flexibility to make routine combat decisions in the ISIS fight. Military commanders frustrated by what they considered micromanagement under the previous administration have argued for greater freedom to make daily decisions on how best to fight the enemy.

The Marines moving into Syria are pre-positioning howitzers to be ready to assist local Syrian forces, said the official, who was not authorized to discuss the deployment publicly so spoke to the Associated Press on condition of anonymity.

Two weeks ago, CBS News asked Gen. Joseph Votel, the commander of American forces in the Middle East, if more U.S. troops would be sent into Syria. Votel responded, “perhaps,” CBS News’ Martin reported. Votel then went on to explain that the local forces the U.S. is supporting in Syria “don’t have as good mobility, they don’t have as much firepower, so we have to be prepared to fill in some of those gaps for them and that may involve additional fire support capability, a variety of other things that we bring in to help offset some of the gaps that they have and we take the burden on ourselves for that aspect of the fight.”

Votel -- speaking to a small group of reporters accompanying him on a trip to the Middle East on Feb. 22 -- stressed that the Pentagon was not considering sending American combat troops to take over the fighting in Syria and that the strategy developed during the Obama administration of keeping local forces in the lead would not change.

The latest troop movements come on the heels of the recent temporary deployment of some dozens of Army forces to the outskirts of Manbij, Syria, in what the Pentagon called a “reassure and deter” mission. Flying American flags and moving in large, heavily armored vehicles, the troops were there to keep a lid on tensions in the area, the Pentagon said.

It appeared the forces were largely there to insure that Turkish fighters and Syrian opposition groups focused on battling ISIS rather than each other.

Under the existing limits put in place by the Obama administration, the military can have up to 503 U.S. forces in Syria. But temporary personnel do not count against the cap. The movement of the Marines to Syria was first reported by The Washington Post.

Pentagon leaders sent a new plan to defeat ISIS to the White House late last month. It outlined a strategy that would likely increase the number of U.S. troops in Syria in order to better advise and enable the U.S.-backed Syrian fighters who will take on the battle for Raqqa.

The military has mapped out a series of options for the Syria fight, including increased artillery support, more Apache helicopters and a more robust training campaign.

U.S. officials say the battle for Raqqa will look much like the fight in neighboring Iraq, where local forces are in a fierce battle to retake the northern city of Mosul from ISIS. As troops were preparing to move into Mosul, the U.S. set up bases outside the city to use as logistical hubs and as locations for heavy artillery.

The moves to pre-position U.S. troops closer to the fight, so they can be tapped as needed, are the kinds of decisions that military commanders say they need to be able to make more quickly, without going to the White House every time for approval.