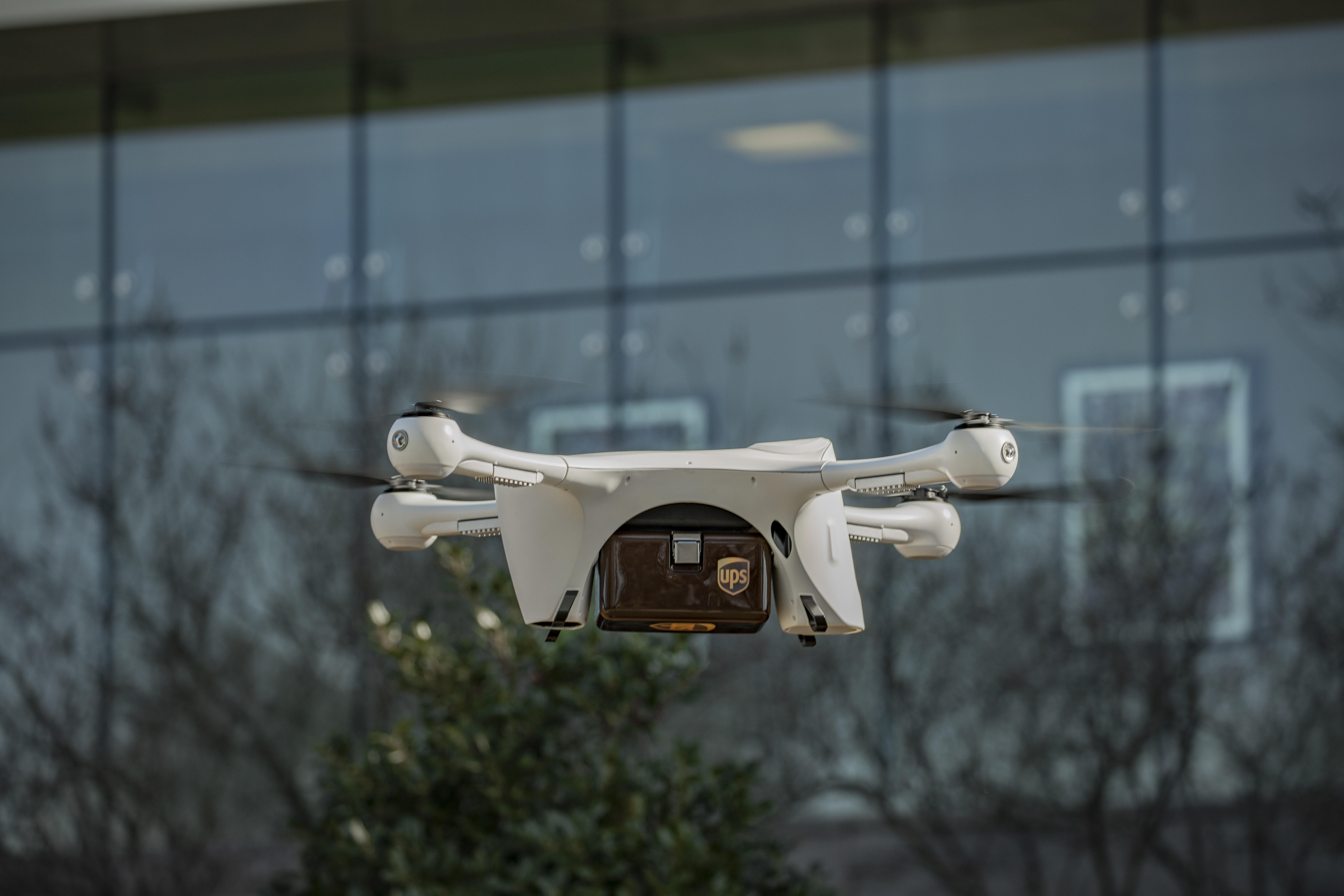 United Parcel Service drones outfitted in the company's signature brown may soon be buzzing across the sky. The delivery company said Tuesday that it's creating a subsidiary that will focus on expanding UPS' drone-delivery operations, limited now to delivering medical samples at a group of hospitals in Raleigh, North Carolina.

UPS filed for certification from the Federal Aviation Administration for the subsidiary, called UPS Flight Forward, to fly drones beyond line of sight, at night, and with an unlimited number of drones and operators in command.

UPS' push comes as technology giants Google and Amazon rev up their own drone delivery programs. Amazon in June demonstrated an electric delivery drone is designed to ferry light packages to customers' homes in less than 30 minutes, with executives saying the service to be in the air later this year.

In April, Google announced that its affiliate Wing Aviation received federal approval allowing it to make commercial deliveries by drone. It marked the first time a company has gotten a federal air carrier certification for drone deliveries. The approval from the FAA means that Wing can operate commercial drone flights in part of Virginia, which it plans to begin later this year.

UPS' initiative is a response to the growth in online shopping, as well as pressure to speed its delivery speeds. On Tuesday, the company also said it is adding 12,000 new package pickup locations inside CVS, The Michaels Co. and Advance Auto Parts stores. The new locations will bring to 21,000 the number of pickup points UPS has in the U.S. and to 40,000 globally. And starting Jan. 1, the company will offer pickup and delivery services seven days a week, adding service on Sundays.