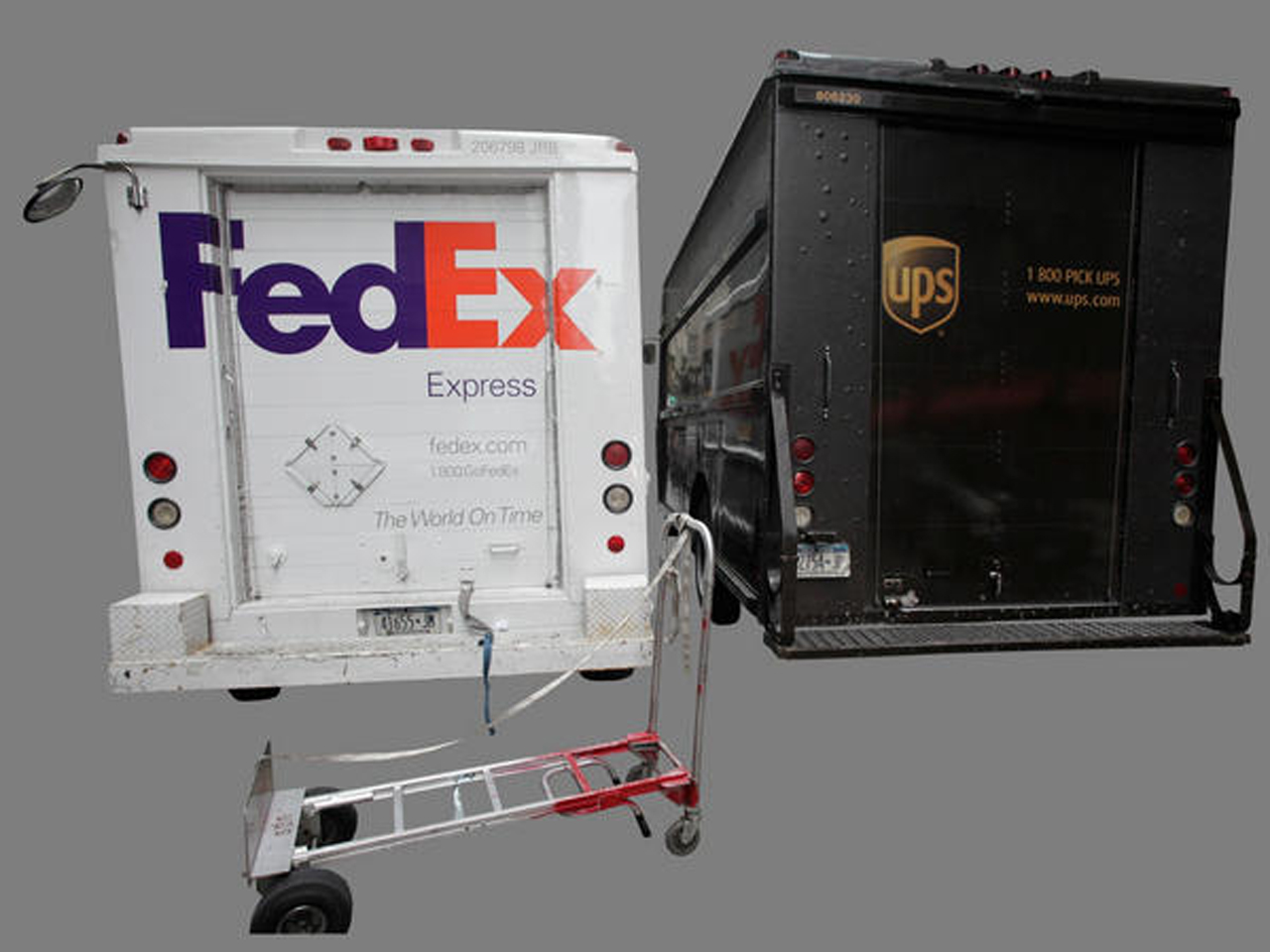 Record online sales this holiday season and rough winter weather in some parts of the country proved to be too much for UPS and FedEx.

Both are calling in extra drivers and even renting U-Haul trucks to hit the road Thursday to deliver packages that didn't make it to their destinations in time for Christmas.

The companies say they expect most of the delayed packages to arrive Thursday.

Vickie Madsen had nothing under her Christmas tree in Wichita, Kansas after UPS didn't come through.

"I picked out Harry Potter stuff for my youngest," she says. "I was really excited and I couldn't wait to see her face and it didn't happen.

"So I was disappointed," she added, starting to cry.

Both UPS and FedEx are blaming bad weather and extra-last minute online shopping for the delays. The short holiday shopping season – Thanksgiving was late this year – also contributed, analysts note.

Neither company would say how many packages didn't arrive in time for the holiday, but both say it was a small share of overall holiday shipments.

On its website, UPS said, " (We) understand the importance of your holiday shipments. However, the volume of air packages in our system exceeded the capacity of our network."

Some angry customers complained on the shipper's Facebook page, while others took to Twitter with the hashtag "UPS fail."

Some customers went to shipping centers in person to look for packages that never showed up.

In Charlotte, N.C., Alejandro Mercure said, "People are upset because their niece, their nephew, their grandchildren, their girlfriend or boyfriend or fiancee didn't get what they wanted and they were guaranteed it was going to happen."

But many customers took the delays in stride.

"I saw UPS and Federal Express drivers out there until 10, 11 o'clock at night, doing the best they could," he said.

Still, some frustrated customers say they paid a premium for guaranteed delivery -- and are demanding refunds.

Some online retailers, including Amazon.com, are offering gift cards and refunds of shipping fees for items that didn't make it on time.