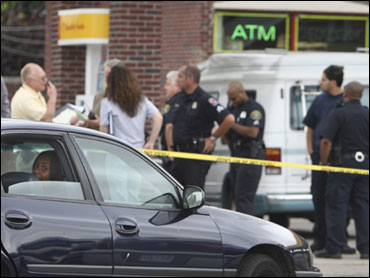 (AP Photo/Carlos Osorio)
A witness, who was near the shooting, is questioned in a police car near the Detroit school.

DETROIT (AP) A Detroit school official says police have suspects in mind in a shooting that left seven teenagers wounded.

Robert Bobb, the district's emergency financial manager, told WDIV-TV on Wednesday he's "very confident" someone will be brought to justice within 48 hours.

Bobb's comments come a day after gunmen in a green minivan opened fire on a group of teens waiting at a bus stop near a Detroit school. Two were in critical condition.

Five of the teens had just left Cody Ninth Grade Academy, where they were taking summer classes, when they were shot at the nearby bus stop.

A message seeking updated information was left with the Detroit police before business hours Wednesday.