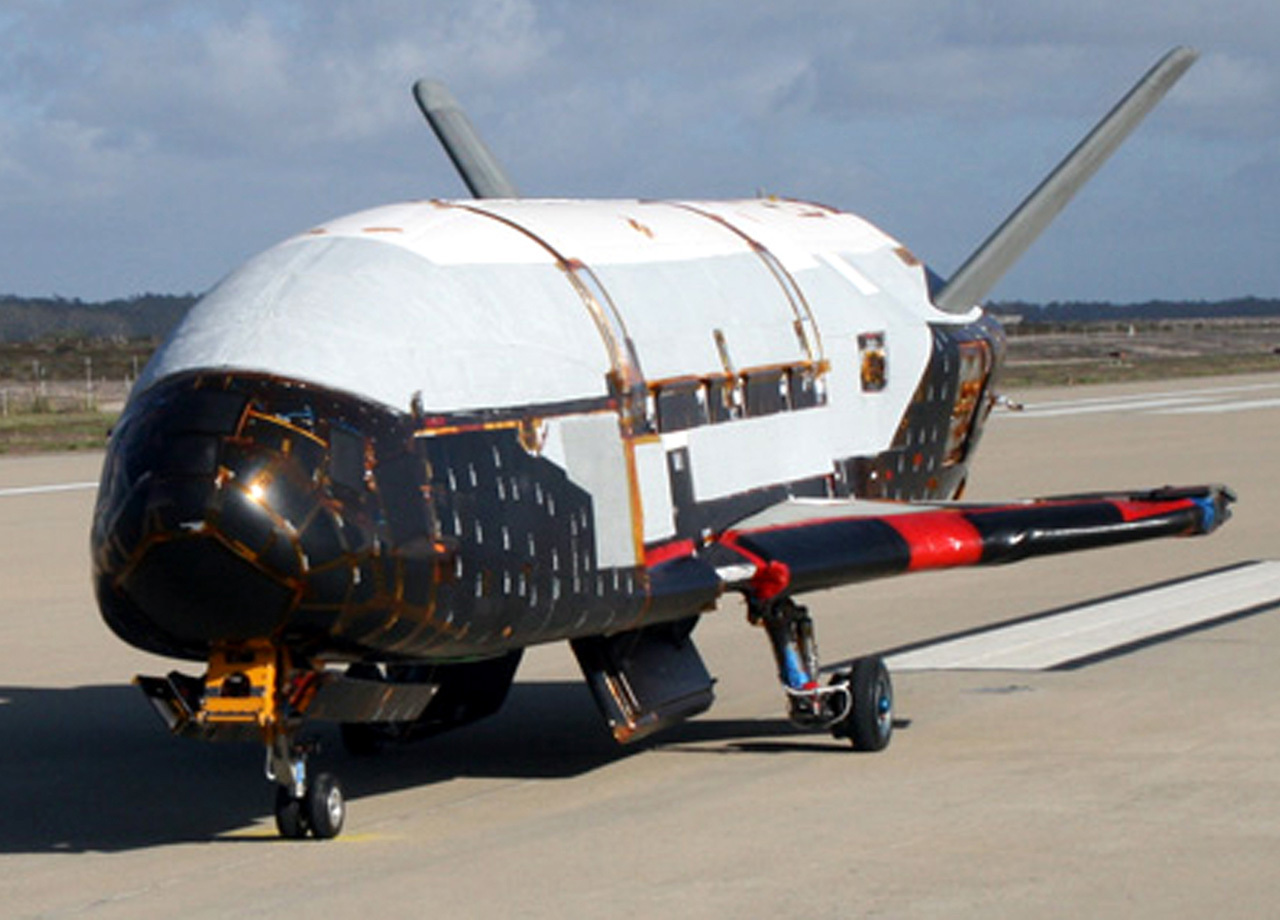 (AP) LOS ANGELES - An unmanned Air Force space plane steered itself to a landing early Saturday at a California military base, capping a 15-month clandestine mission.

The spacecraft, which was launched from Cape Canaveral Air Force Station in Florida in March 2011, conducted in-orbit experiments during the mission, officials said. It was the second such autonomous landing at the Vandenberg Air Force Base, 130 miles northwest of Los Angeles. In 2010, an identical unmanned spacecraft returned to Earth after seven months and 91 million miles in orbit.

The latest homecoming was set in motion when the stubby-winged robotic X-37B fired its engine to slip out of orbit, then pierced through the atmosphere and glided down the runway like an airplane.

"With the retirement of the Space Shuttle fleet, the X-37B OTV program brings a singular capability to space technology development," said Lt. Col. Tom McIntyre, the X-37B's program manager. "The return capability allows the Air Force to test new technologies without the same risk commitment faced by other programs. We're proud of the entire team's successful efforts to bring this mission to an outstanding conclusion."

With the second X-37B on the ground, the Air Force planned to launch the first one again in the fall. An exact date has not been set.

The twin X-37B vehicles are part of a military program testing robotically controlled reusable spacecraft technologies. Though the Air Force has emphasized the goal is to test the space plane itself, there's a classified payload on board — a detail that has led to much speculation about the mission's ultimate purpose.

Some amateur trackers think the craft carried an experimental spy satellite sensor judging by its low orbit and inclination, suggesting reconnaissance or intelligence gathering rather than communications.

Harvard astrophysicist Jonathan McDowell, who runs Jonathan's Space Report, which tracks the world's space launches and satellites, said it's possible it was testing some form of new imaging.

The latest X-37B was boosted into orbit atop an Atlas 5 rocket. It was designed to stay aloft for nine months, but the Air Force wanted to test its endurance. After determining the space plane was performing well, the military decided in December to extend the mission.

Little has been said publicly about the second X-37B flight and operations. At a budget hearing before the Senate Armed Services subcommittee in March, William Shelton, head of the Air Force Space Command, made a passing mention.

That the second X-37B has stayed longer in space than the first shows "the flexibility of this unique system," he told lawmakers.

Defense analysts are divided over its usefulness.

Joan Johnson-Freese, professor of national security affairs at the Naval War College, said such a craft could give the U.S. "eyes" over conflict regions faster than a satellite.

"Having a vehicle with a broad range of capabilities that can get into space quickly is a very good thing," she said.

Yousaf Butt, a nuclear physicist and scientific consultant for the Federation of American Scientists, thinks the capabilities of the X-37B could be done more cheaply with a disposable spacecraft.

"I believe one of the reasons that the mission is still around is institutional inertia," he said.

The arc of the X-37 program spans back to 1999 and has changed hands several times. Originally a NASA project, the space agency in 2004 transferred it to the Pentagon's research and development arm, DARPA, and then to the secretive Air Force Rapid Capabilities Office. Hundreds of millions of dollars have been poured into development, but the current total spent remains a secret.

Built by Boeing Co.'s Phantom Works, the 11,000-pound space plane stands 9 1/2 feet tall and is just over 29 feet long, with a wingspan of less than 15 feet. It possesses two angled tail fins rather than a single vertical stabilizer. Once in orbit, it has solar panels that unfurl to charge batteries for electrical power.

McDowell of the Jonathan's Space Report sees a downside. He noted it'll be tough for the Air Force to send up such planes on short notice if it has to rely on the Atlas V rocket, which requires lengthy preparations.

"The requirement to go on Atlas V is a problem; they may need to look at a new launch vehicle that would be ready to go more quickly," he said.