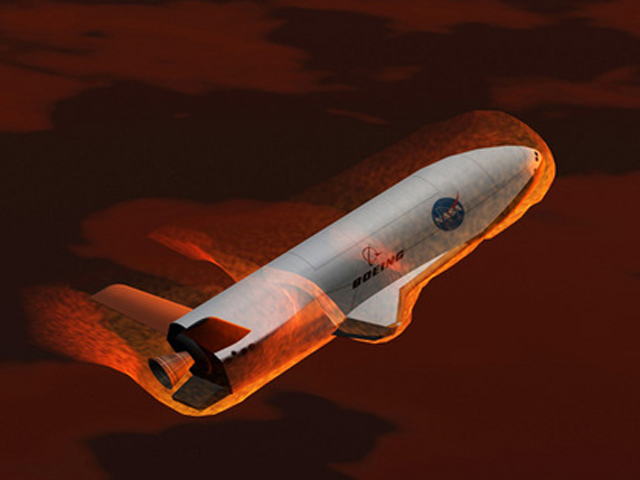 VANDENBERG AIR FORCE BASE, Calif. - A secretive unmanned space plane is now in orbit for 270 days - and plans are to keep it up there a bit longer.

The experimental Air Force craft, known as the Orbital Test Vehicle-2, has been circling the Earth for about nine months. The X-37B orbital test vehicle was due to land in California this week, but the Air Force said Tuesday that the mission will be extended. A landing date has not been set.

The plane resembles a mini space shuttle and is the second to fly in space. The X-37B was built by Boeing's Phantom Works. The craft measures roughly 29 feet in length and 15 feet in width. The first one landed itself last December at Vandenberg Air Force Base in California after more than seven months in orbit.

The Air Force has said the second mission was to further test the craft, but the ultimate purpose has largely remained a mystery.

When the craft blasted into space on March 5, Air Force officials said the X-37B's mission would last around 9 months, which was considered to be its top operational limit.