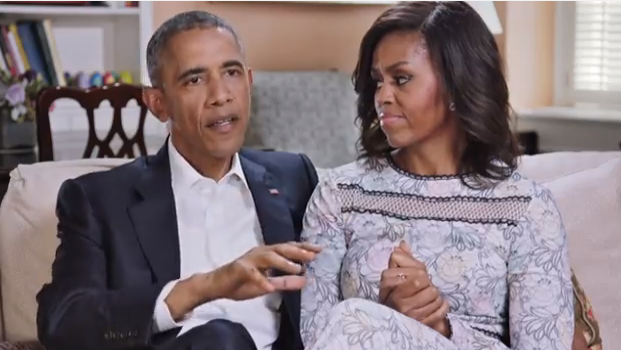 It's official: President Obama's presidential library will be housed in Chicago at one of two sites submitted by the University of Chicago, where the president once taught constitutional law.

The Barack Obama Foundation in a video announced Tuesday morning the library would be housed on the South Side. The Obamas appear in the video, and Mr. Obama says of the area that it's where "I met my wife; my children were born there, and the people there, the community, the lessons that I learned - they're all based right in these few square miles where we'll now be able to give something back and bring the world back home after this incredible journey."

The decision came after years of intense competition during which more than a dozen schools submitted applications to house the presidential library.

Nesbitt and Chicago Mayor Rahm Emanuel, who previously served as Mr. Obama's chief of staff, will hold a press conference to discuss the selection at noon on Tuesday.

The selection process took a wide-ranging look at the strengths and weaknesses of each potential site. "Over the last 14 months, the Foundation has evaluated more than a dozen potential sites through an RFP process and considered a number of key factors, such as transportation and accessibility, economic development opportunities, community interest and engagement and the potential for academic and programmatic collaboration," explained a press release on Monday from the Barack Obama Foundation.

CBS 2 in Chicago reported last month that Mr. Obama called Mayor Emanuel and some Democratic legislative leaders in the city to inform them that the city would be home to his library. The affiliate reported that the library would cost roughly $500 million to build, and that it would generate 1,900 permanent jobs and $220 million in annual economic activity.

Presidential libraries and museums are built using private funds, but their upkeep is financed by taxpayers. Thus far, the Barack Obama Foundation has raised just $6 million to fund the project.

There are currently 14 presidential libraries or museums in the country. They typically house documents, records, artifacts, and other materials related to the presidency, and they're overseen by the U.S. National Archives and Records Administration.

Because of Mr. Obama's roots in Chicago, the city has been thought for some time to have an inside track in the race to host the library, but there have been some bumps along the road. There were concerns, for example, about the fact that the land the University of Chicago had set aside for the park was owned not by the university or by the city, but by the Chicago Park District. Last month, however, the Illinois legislature amended state law to allow for a presidential library to be constructed on public park land.

The University of Chicago, one of the nation's highest-ranked universities, is a private college in the south side neighborhood of Hyde Park, where the president and his family own a home. Roughly 15,000 graduate and undergraduate students attend the school.

Mr. Obama taught constitutional law at the university between 1992 and 2004. He left his teaching job in 2004 after he was elected to the U.S. Senate.