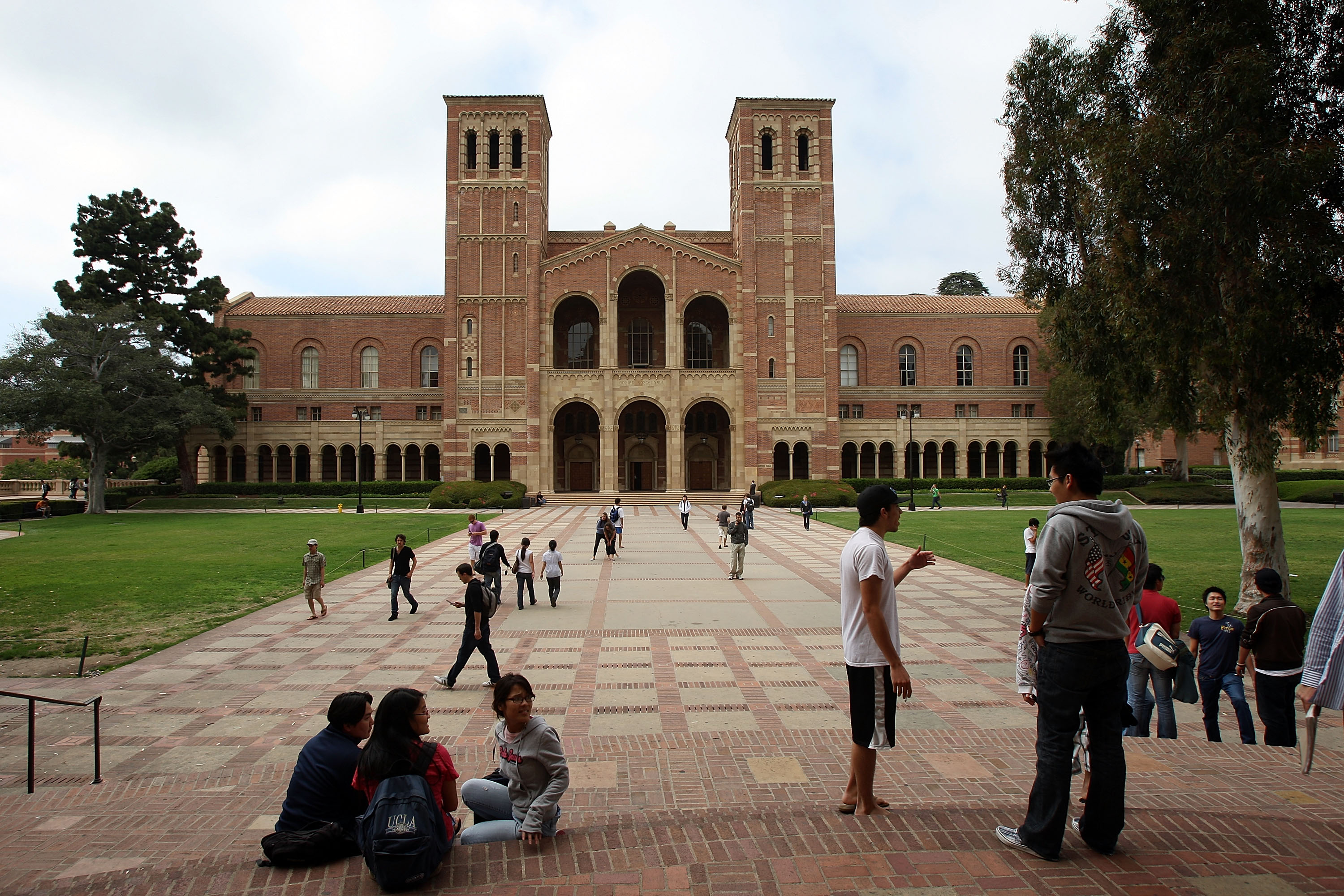 SAN FRANCISCO -- The University of California, one of the nation’s largest university systems, had 112 cases of sexual misconduct involving employees over a three-year period from January 2013 to April 2016 at nine campuses. The UC president’s office said faculty accounted for 25 percent of the cases.

In a rare look at the handling of sexual misconduct allegations by the university system, the cases show discipline was meted out inconsistently. The files cover 112 cases from January 2013 to April 2016 at nine campuses, excluding Berkeley, which separately released documents last year.

An associate UCLA professor who pursued a student until she was afraid to attend classes paid the university $7,500 in lieu of suspension. At UC Irvine, a dean accused of sexually harassing a co-worker agreed to take a demotion and stayed on as a teacher.

And at UC Santa Cruz, a professor accused of sexually assaulting a female student after a wine-tasting trip resigned before he could be fired. The University of California later agreed to pay his accuser $1.15 million.

The cases, among a trove of confidential files released last week by UC officials, show that the same lack of transparency and lax discipline that critics complained about during a UC Berkeley sexual harassment scandal involving faculty last year also occurred at UC’s nine other campuses.

The Associated Press scoured hundreds of pages, many of which UC officials redacted in whole or in part citing privacy reasons. While the employees who were investigated included cafeteria workers and administrative employees, the AP examined cases involving the most prominent figures on campuses: the faculty.

The UC president’s office said faculty accounted for 25 percent of the 112 employees found to have violated sexual misconduct policies over the nearly three-year period but declined to specify those cases in particular. The AP was able to verify at least 20 of the cases involving faculty members, and found:

At UCLA, for example, now-retired French Studies professor Eric Gans was accused of writing some 300 poems to a female graduate student that created a “sexually hostile environment,” and pursuing the student while serving as her adviser, according to a December 2013 investigation.

Gans denied wrongdoing but signed a settlement with the UC Regents agreeing to resign and become professor emeritus. He maintains an office on campus but is prohibited from teaching, mentoring or advising students. Gans did not respond to requests for comment sent to his university email. The university declined to comment on specific cases.

The documents were released in response to public records requests filed by the AP and other news organizations nearly a year ago, when sexual harassment cases at UC Berkeley involving a former law school dean, a prominent astronomer and a vice chancellor became public. Berkeley was criticized for initially allowing the senior faculty to keep their jobs. They ultimately resigned under pressure.

In response, the UC system overhauled procedures for investigating and disciplining faculty members in such cases. All students and employees must now undergo mandatory sexual assault training and there is a single system-wide Title IX coordinator and peer review committee to determine sanctions for senior faculty. Previously, it was up to individual campuses to impose sanctions on their own staff.

Experts on sexual violence have long called on universities to be more transparent about cases involving sexual misconduct. Universities should make the disclosures about allegations, even if names and details are redacted, said Noreen Farrell, executive director of Equal Rights Advocates.

“At some point, the institution has to choose between protecting its reputation and protecting its students. Schools can’t have its cake and eat it too,” she said. “They have to figure out a way to show that zero tolerance policies are not all talk.”

In the latest documents, UC officials said personal identities and intimate personal details were omitted for privacy reasons but also because those disclosures would “not shed light” on how the university system has fulfilled its responsibility to investigate and respond to sexual misconduct cases. The investigations are administrative, and not criminal, in nature.

In one case, administrators at UC Santa Cruz were criticized for their handling of the case of a student who accused Latin Studies professor Hector Perla of raping her during a wine-tasting outing in June 2015. Perla has not commented publicly, but he told investigators that the sex was consensual and the student was not impaired.

A letter in his file, however, stated that Perla’s “conduct constituted sexual assault” and that he should be dismissed, according to his 60-page file, which is so heavily redacted that many pages reveal only the page number. Perla resigned before disciplinary action was taken.

Last month, the UC governing board agreed to pay the student $1.15 million after she accused it of failing to address previous claims against Perla.

The student reported the case to police and, after an investigation, was referred to the district attorney, who declined to prosecute. The district attorney’s office has refused to answer any questions on the case. The university said officials acted appropriately, given privacy laws.

At UC Santa Barbara, the school said, a professor accused of sexual harassment left before the formal disciplinary process was completed in August 2013. A 2013 university investigation substantiated sexual harassment claims against Gurinder Singh Mann brought by a female student who accused him of inviting her to his home to discuss research, then urging her to lie beside him in bed and putting a hand up her shirt.

According to the investigation, other students stepped forward to say the Sikh Studies scholar had tried to kiss them, slapped their rears, invited them to his home and couched his behavior in cultural terms as an enlightened guru caring for his disciples.

Mann told investigators the sexual harassment allegations were an “utter falsehood” that stemmed from cultural misunderstandings. He said he was simply showing affection toward promising students. “I have made peace with myself that we live in complicated times, and I am a simple person who tried to help whoever came my way,” Mann told the AP. The school website lists him as retired.

Officials said about two-thirds of the people accused of misconduct no longer work for the UC system. UC spokeswoman Claire Doan said details on how many were fired was not available and also declined to answer if that meant one-third of the employees who engaged in sexual misconduct still work on UC campuses.

Among those who do is the former dean of UC Irvine’s art school, Joseph Lewis . He agreed to a demotion after he was accused of repeatedly sexually harassing a female co-worker in 2014.

An investigation said the woman’s 26 allegations of harassment were bolstered by numerous witness accounts that Lewis had displayed “inappropriate, sexual and bullying behavior toward past and present staff and faculty.” University officials wrote in Lewis’ internal file that “it was mutually agreed that he would no longer serve as dean.” He currently teaches studio art classes.

Irvine spokesman Tom Vasich declined to comment on the specific disciplinary action taken against Lewis, saying each case was in line with UC policies and procedures. Lewis did not respond to two emailed requests for comment.

The UC system did not release information on cases where an employee discipline process was still underway, and when asked, Doan declined to say how many cases were still outstanding.

At least 6 killed in shooting at Illinois parade; person of interest in custody
Thanks for reading CBS NEWS.
Create your free account or log in
for more features.
View CBS News In
CBS News App Open
Chrome Safari Continue
Be the first to know
Get browser notifications for breaking news, live events, and exclusive reporting.