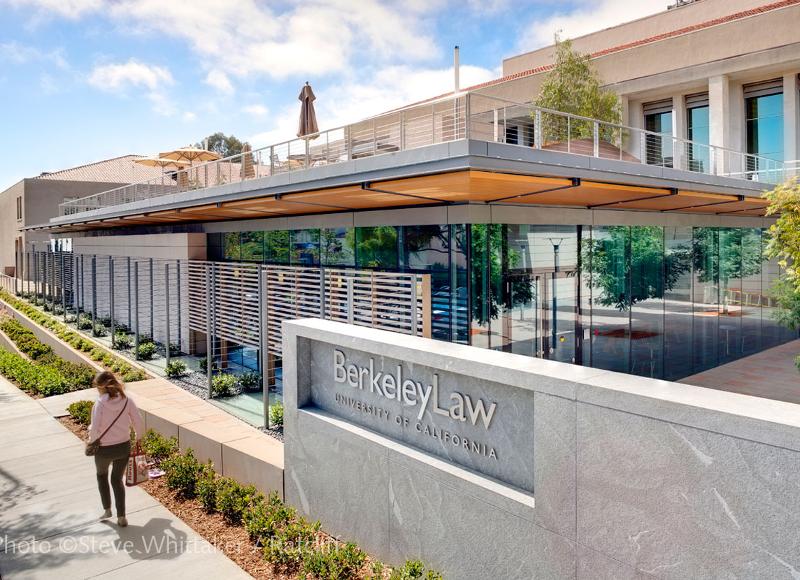 BERKELEY, Calif. -- The dean of UC Berkeley’s law school went on an indefinite leave of absence Wednesday after his executive assistant sued him over allegations of sexual harassment and the university for, in her view, not doing enough to prevent it.

Berkeley Law Dean Sujit Choudhry will remain as a faculty member and earn a professor’s salary at the school while an interim dean serves in his place, Provost Claude Steele announced in a statement Wednesday.

Choudhry’s assistant, Tyann Sorrell, said in a lawsuit filed Tuesday that she brought the case because the dean acknowledged kissing and touching her repeatedly but received only a temporary pay cut as punishment following a campus investigation last year.

“We feel very strongly that the law school failed to take Ms. Sorrell’s complaints seriously enough,” her lawyer, John Winer, said. “It is especially concerning that this admitted sexual harassment was perpetrated by the dean of one of the most highly respected law schools in the country. Someone who certainly should have known better.”

The lawsuit comes nearly five months after a prominent astronomer at Berkeley, Geoffrey Marcy, resigned amid a national outcry over revelations that the school had substantiated sexual harassment complaints from former female students without demoting or suspending him from his job.

Winer said that as in the Marcy case, Berkeley’s Office for the Prevention of Harassment and Discrimination concluded his client’s complaints were credible and that Choudhry’s behavior had violated campus sex harassment policies.

UC President Janet Napolitano said that UC deans are normally disciplined at the campus level but that she will support policy changes that can lead to change in behavior.

“How often do you have to say, ‘It’s a workplace’? People ought to be able to come to work without being groped, as a minimal standard,” Napolitano said during a meeting with The Sacramento Bee editorial board.

Sorrell, 41, said the unwanted physical contact -- which included bear hugs, arm and shoulder rubs, kisses on the face and her boss once placing her hands on his waist -- happened multiple times on a near-daily basis, while Choudhry said it was once or twice a week at most, according to the report.

Choudhry told campus investigators that he intended his actions to be taken as gestures of thanks or emotional support, not seen as sexual in nature. He said that he did not hug or kiss men at the office, though, and expressed regret for not realizing he’d made his assistant uncomfortable.

In her lawsuit, the married mother of five said she worked for the school’s previous dean without incident for two years. She says the problems with Choudhry started within months of his becoming dean in July 2014.

Steele confirmed that campus investigators found that the dean’s behavior violated campus policies and that Choudhry “demonstrated a failure to understand the power dynamic and the effect of his actions on the plaintiff personally and in her employment.”

Steele said he decided that docking the dean’s salary by 10 percent for one year, requiring him to undergo counseling, making him apologize, and allowing Sorrell to go on leave with full pay “would be an appropriate and effective response, and would produce the necessary changes in his behavior.”

Choudhry told Steele on Wednesday morning that he wanted to relinquish the dean’s job so the lawsuit would not become a distraction for the law school and the campus, Berkeley spokesman Dan Mogulof said. As dean, Choudhry earned a salary of $415,000, and he will make $284,200 as a faculty member, Mogulof said.

Another Berkeley Law dean, John Dwyer, resigned in 2002 after a former student accused him of molesting her after a night of drinking at her apartment.

Dwyer at the time described the relationship as consensual, but he said he acted inappropriately.

University of California President Janet Napolitano says she takes sexual harassment allegations very seriously and would like to see a change in behavior after the latest groping case.

Napolitano made the comments Wednesday after being asked about a lawsuit against UC Berkeley Law School Dean Sujit Choudhry during a meeting with the Sacramento Bee editorial board.

Choudhry is being sued for sexual harassment by his executive assistant.

Napolitano says that UC deans are normally disciplined at the campus level but adds she will support policy changes that can lead to change in behavior.

She says people should be able “to come to work without the fear of being groped.”