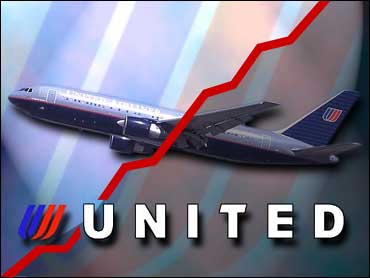 United Airlines finally left bankruptcy Wednesday, a leaner and more cost-efficient carrier after a painful restructuring that began in 2002 and lasted an industry record 1,150 days.

The nation's No. 2 airline announced it had filed its exit documents in U.S. Bankruptcy Court Wednesday afternoon, officially ending the longest and costliest bankruptcy of any airline.

United marked the event in low-key fashion, sending top executives to airports around the country to thank United employees and customers for their patience.

"We have achieved a great deal in our restructuring to reposition this company and build upon our assets, an unrivaled global network and our dedicated employees," said Glenn Tilton, CEO of United and parent UAL Corp., in a statement accompanying the announcement.

But, in an apparent nod to the fact United still hasn't posted a profit since 2000, he added: "We can be better."

"They've worked harder than the guy at the top to make sure that this is a good value for the consuming public," said Tom Buffembarger, the Machinists Union president. "And they get … crapped on every time they turn around."

"The only thing the employees are going to remember is the day they came out of Chapter 11 is that the top management rewarded themselves with multi million dollar bonuses," Jenkins said.

Pete McDonald, chief operating officer of United and parent UAL Corp., shook hands and talked with upbeat employees at Chicago's O'Hare International Airport before boarding a flight to do the same thing in San Francisco.

Passengers likely did not notice an immediate difference, since United never stopped flying even when multibillion-dollar losses forced it to seek protection from its creditors in federal bankruptcy court. But the Elk Grove Village, Ill.-based airline has made one change after another since early in its three-year overhaul.

It now has about 30 percent fewer employees (58,000), 20 percent fewer airplanes (460) and 20 percent lower operating costs (7.5 cents per seat per mile), excluding fuel, than it did when the bankruptcy began on Dec. 9, 2002. Labor costs are down by more than $3 billion annually after two steep pay cuts and the elimination of defined-benefit pensions. Dozens of daily domestic flights have been eliminated.

Some things are up, too, including the number of international routes, on-time arrivals, the percentage of seats filled and the cost of on-board meals, no longer free to all.

United also has added or expanded products targeting both ends of the price spectrum. It has its two-year-old discount airline Ted for leisure travelers, an enlarged Economy Plus program with more leg room for those willing to pay for it, and a premium service called "p.s." between New York and California that offers DVD players and specialty drinks.

The multipurpose approach bucks the prevailing industry trend toward cheaper as better at a time fares remain near levels from the early 1990s. But John Tague, United's executive vice president for marketing, sales and revenue, said both Ted and p.s. are showing double-digit margin improvements — payoffs from a strategy that relies in large part on United's unrivaled network of routes.

"Customers are beginning to appreciate that United is different," Tague said. "We're not all things to all people. When you have the global route structure, you don't pick one market and one product structure."

United's target customer, he said, is "clearly the business customer, but not just one with a briefcase in hand but when they're going to the beach as well."

Leading banks have given a vote of confidence to United's prospects after bankruptcy, with JPMorgan Chase & Co. and Citigroup Inc. leading a $3 billion financing package.

So have investors, who have lined up in large numbers to try to get in on the company's new stock, which begins trading Thursday on the Nasdaq Stock Market.

The big cloud on the horizon for United and other carriers remains near-record fuel prices, which are likely to extend its 5½-year money-losing streak by at least another year.

Tilton said, however, that until the airline industry "sorts itself out," an immediate return to profitability should not be the primary gauge of whether United succeeded in Chapter 11 bankruptcy.

"We've put ourselves in a position to be able to compete with the effect of high oil prices in 2006," he said in an interview Tuesday with The Associated Press at United's headquarters. "The way we want to be measured is how we perform relative to peers. I'm confident that the work that we've done will put us in a position to have a competitive result whatever the market environment may be."