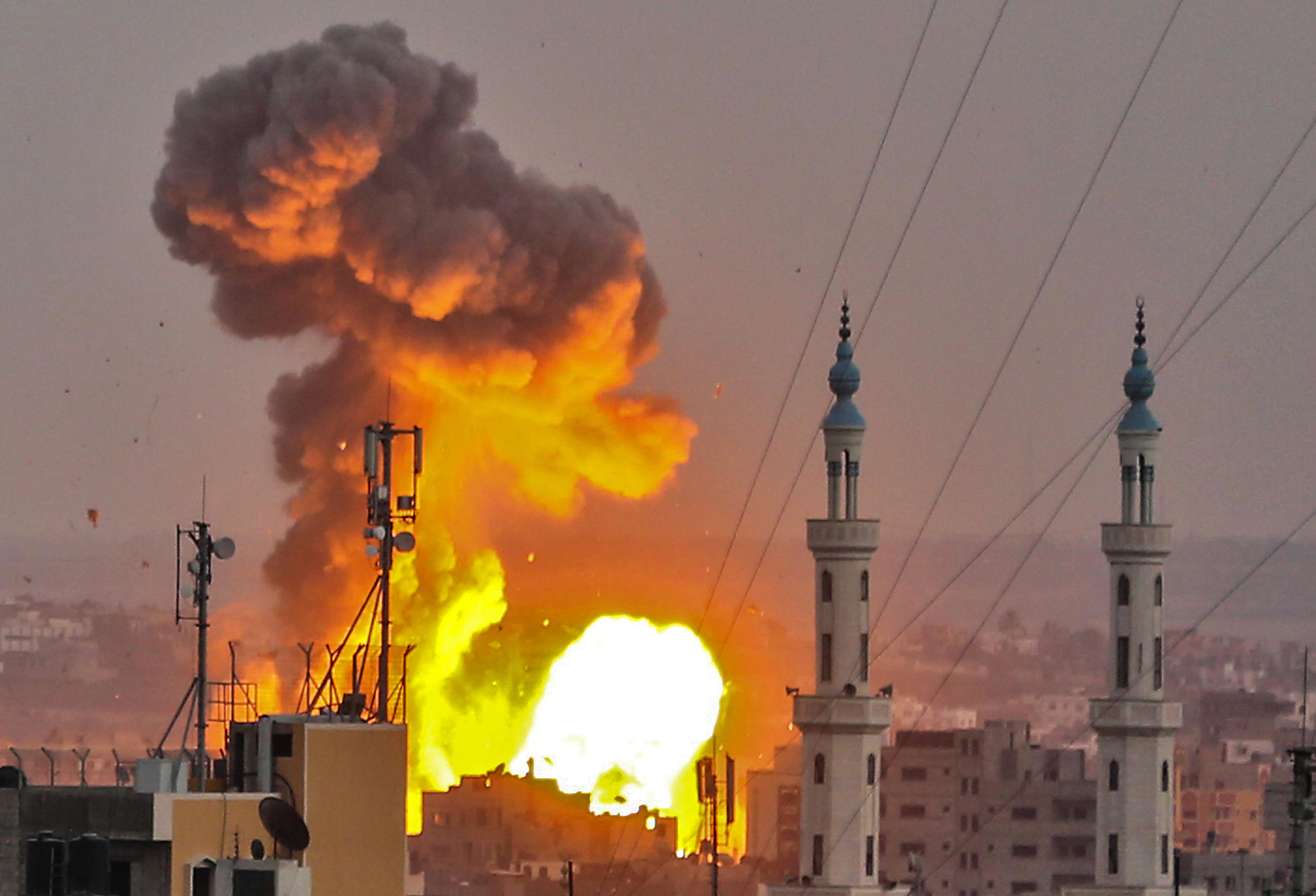 UNITED NATIONS -- The United States is leading a push at the United Nations to win crucial backing from European countries for a resolution condemning the Palestinian Hamas group, the Israeli ambassador said Tuesday.

The General Assembly is expected to vote early next week on the proposed resolution condemning rocket firings into Israel and demanding that Hamas end the use of violence. If adopted, it would mark the first time the assembly has voted to condemn Hamas, the Islamist militant group that has ruled the Gaza Strip since 2007.

Israeli Ambassador Danny Danon told reporters U.S. diplomats were in talks with their EU counterparts on the draft text. European backing would significantly boost chances of approval by the 193-nation body.

"The U.S. is negotiating the language with the EU," Danon told a briefing. "For us it's very symbolic to have this resolution presented with the support of the EU."

"Many people in Israel are very skeptical about the U.N.," Danon said to a small group of journalists, including CBS News, "but we need the U.N. — but we need to change it and push it in the right direction. That means condemning Hamas, not 20 resolutions condemning Israel."

U.S. Ambassador Nikki Haley has been working with the European Union and other regional blocs to get the support for the Resolution that condemns Hamas as a terrorist organization, CBS News' Pamela Falk reports from the U.N., and with two changes, the U.S. appears to have accommodated their wishes.

After the initial draft was circulated the U.S. added "bearing in mind relevant U.N. Resolutions," to the preambulatory section, and to militant actors, it spells out "Palestinian Islamic Jihad," Falk reports.

By adding those points, the Trump administration allows the resolution to recite some policy issues it does not agree with in earlier measures, but it gains European support for a condemnation of Hamas.

European diplomats said there were disagreements on the proposed U.S. text, notably including references to U.N. resolutions and to the two-state solution to the Israeli-Palestinian conflict, which is supported by the United Nations.

The final text, seen by CBS News, "condemns Hamas for repeatedly firing rockets into Israel and for inciting violence" and "demands that Hamas and other militant actors including Palestinian Islamic Jihad cease all provocative actions and violent activity."

The European Union has put Hamas on its blacklist of terror groups, but the 28-nation bloc has struggled to come up with a united position on the Israeli-Palestinian conflict.

In June, Haley sought to amend an Arab-backed resolution condemning Israel for the violence in Gaza, but failed to win the required votes in the assembly.

The U.S. amendment condemning Hamas received 62 votes in favor, with 58 against and 42 abstentions.

The Israeli ambassador said the U.S. draft resolution had created a "win-win solution" for his government because it had forced capitals to turn their attention to Hamas.

On Thursday, the United Nations held events to mark the International Day of Solidarity with the Palestinians, which commemorates the adoption of the 1947 partition plan intended to establish an Arab state and a Jewish state.