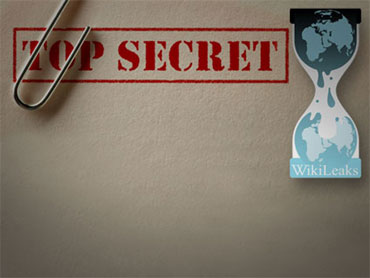 ISLAMABAD - Guantanamo Bay authorities named Pakistan's main intelligence agency a terrorist organization along with Hamas and other international militant networks, according to leaked documents likely to damage already rocky relations between the spy body and the CIA.

The 2007 documents from the Guantanamo Bay prison were part of a batch of classified material released by the Wikileaks website and included interrogation summaries from more than 700 detainees.

Pakistan's Inter-Services Intelligence agency declined to comment Monday, but it has consistently denied any ongoing links with Islamist militants

The ISI is part of a list that includes more than 60 international militant networks, as well as Iran's intelligence services, and is part of the guidelines for interrogators at Guantanamo. It says the groups are "terrorist" entities or associations and say detainees linked to them "may have provided support to al Qaeda and the Taliban, or engaged in hostilities against U.S. and coalition forces."

The CIA and the ISI have worked closely together since the Sept. 11 terrorist attacks to hunt down al Qaeda operatives sheltering in Pakistan. But U.S. officials have often voiced suspicions that elements of the ISI were either linked to or supporting militants even as the two countries publicly talked of their alliance in the campaign against extremism.

Relations between the two agencies hit a new low this year after an American CIA contractor shot and killed two Pakistanis he claimed were robbing him. Since then, the ISI has complained about American drones strikes along the Afghan border and the alleged existence of scores of CIA agents in the country without its knowledge.

In a rare public accusation last week, Adm. Mike Mullen, the chairman of the U.S. joint chiefs of staff, said the ISI had continued links to the powerful network of an Afghan warlord that has bases in a northwestern tribal region of Pakistan. Hours later, Pakistan's army chief rejected what he called "negative propaganda" by the United States.

Allegations of links between the ISI and Islamist militants date back to the 1980s, when Pakistan — along with the United States — was supporting the "Afghan Jihad" against the Soviet occupation in neighboring Afghanistan. These days, many analysts say the country wants to keep the militant commanders as potential allies in Afghanistan once the Americans withdraw.