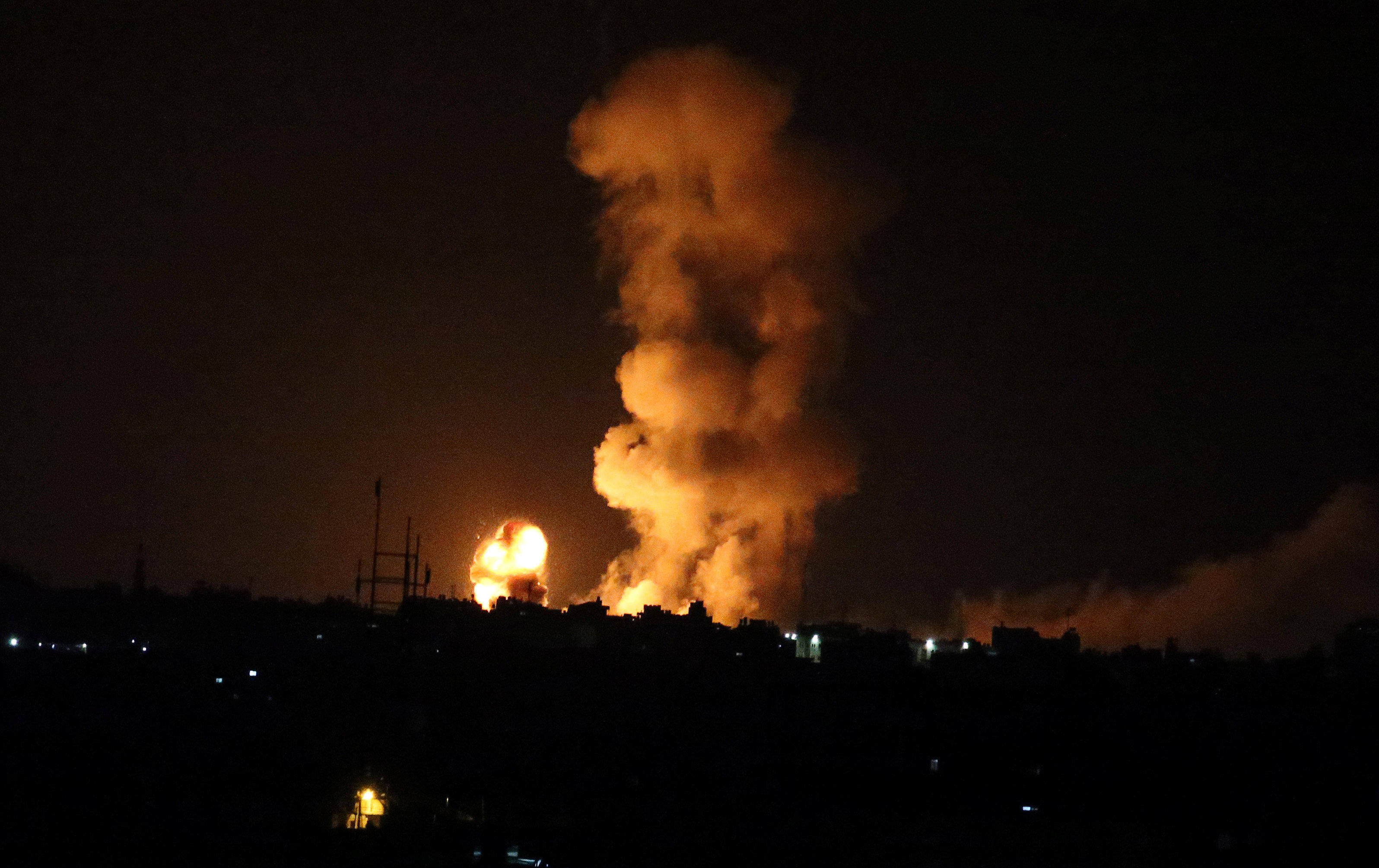 JERUSALEM -- Israel pummeled Hamas targets in Gaza killing four Palestinians, mostly Hamas operatives, on Friday in a series of airstrikes after gunmen killed an Israeli soldier near the border, officials said. The military said a "terrorist squad" fired at troops and one soldier was severely injured and later died of his wounds. He was the first Israeli military fatality in months of violence along the Gaza border.

After the Palestinian fire, Israel's military said it struck 15 Hamas positions including weapon warehouses, command and control centers and training facilities. It said "fighter jets commenced a wide-scale attack against Hamas military targets throughout the Gaza Strip." It added that "Hamas chose to escalate the security situation and will bear the consequences for its actions."

The Gaza Health Ministry said four Palestinians were killed. The militant Islamic Hamas that rules Gaza said three of the dead were members of the group. Gaza media reported that gunmen had fired mortars toward the border.

Earlier Friday, Israel's Defense Minister Avigdor Lieberman visited Sderot, an Israeli town near Gaza that has been hard hit by Palestinian rockets over the years. "The heads of Hamas are forcibly leading us to a no choice situation in which we will need to embark on wide and painful military operation," Lieberman said.

On Saturday, Israel pounded Hamas targets in its largest bombardment campaign since the 2014 war, as Gaza militants fired dozens of rockets toward Israel.

Israel says it has no interest is engaging in another war with Hamas but says it will no longer tolerate the Gaza militant campaign of daily flying incendiary kites and balloons across the border that have torched Israeli crops, burned nature reserves and killed wildlife.

Hamas on Friday vowed it will continue weekly protests and the launching of incendiary devices at Israel.

Khalil al-Hayya, a top Hamas leader, said "the protests will remain, flaming and existing, and its tools will multiply and diversify, including kites, until our goals are achieved."

For the first time, an incendiary balloon of the kind used in Gaza was found in the garden of a southeast Jerusalem home close to the Palestinian town of Beit Jala. Police sappers dealt with the device.

The weekly protests led by Gaza's Hamas rulers against Israel are meant in part to draw attention to the Israeli-Egyptian blockade imposed after the militant group assumed control of Gaza in 2007.

The Gaza Health Ministry said 80 Palestinians were wounded by gunfire in that rally.

The demonstrations have been fueled in large part by pervasive despair caused by the blockade which has caused widespread economic hardship.

Over 135, mostly unarmed, Palestinians have been killed by Israeli fire since the border protests began on March 30.

Israel says it is defending its sovereign border and accuses Hamas, a group sworn to its destruction, of using the protests as cover for attempts to breach the border fence and attack civilians and soldiers.