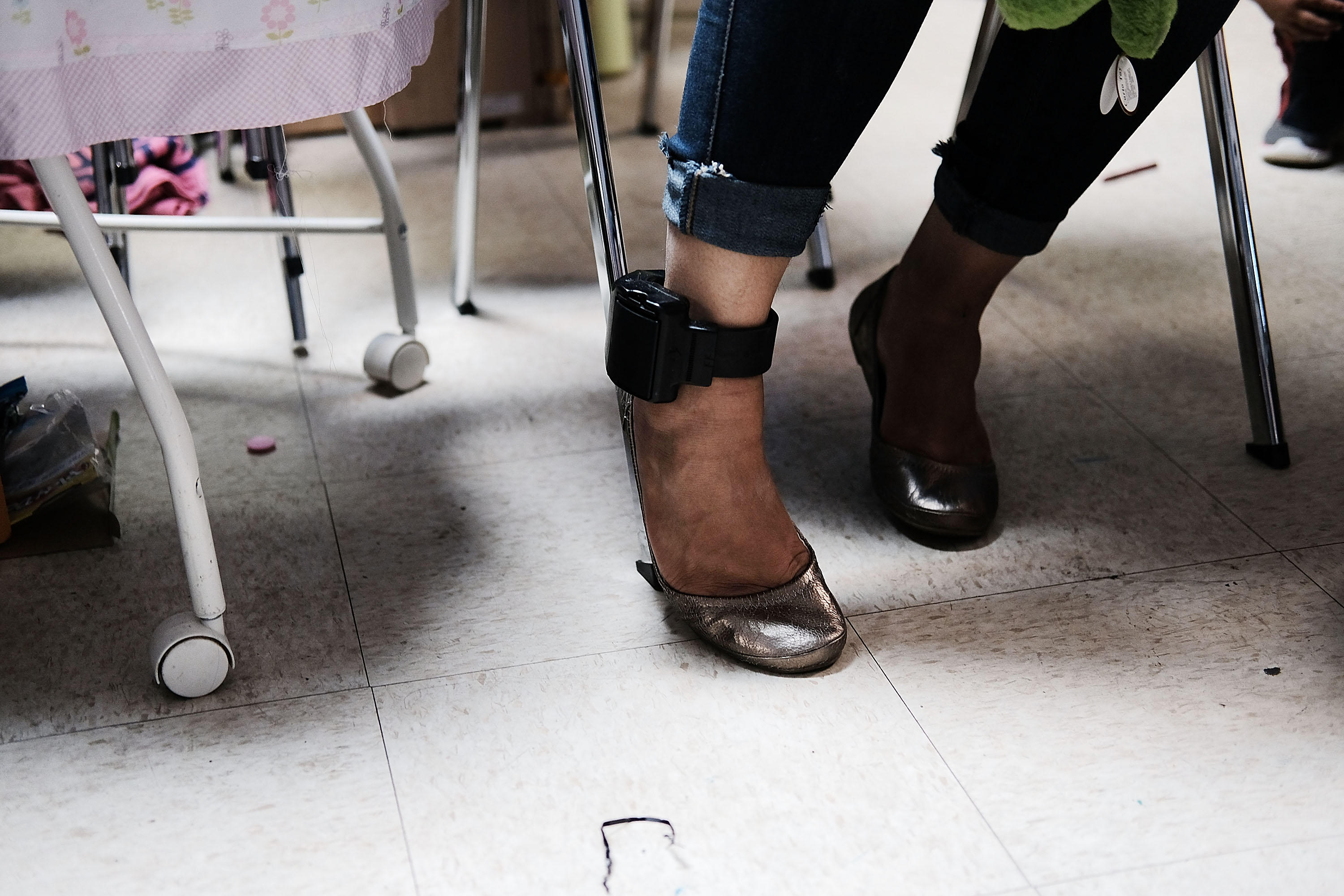 The U.S. government may have a more humane and cost-effective tech alternative to detaining families at the border. But it isn't being offered to the thousands of immigrant families that have been forcibly split over the past two months.

At least not yet.

The majority of undocumented immigrants detained by border patrol agents are enrolled in Immigration and Customs Enforcement's "Alternative to Detention" program, which uses technology to keep track of people instead of physically detaining them.

Since the pilot program kicked off in 2004, these techniques allowed for tracking through ankle bracelets, phone check-ins with voice recognition software and a mobile app. It meant that families could stay together rather than in a detention center.

The technologies offer an alternative to the "zero tolerance" policy that has separated more than 2,300 children from adults at the U.S. border in just five weeks. The policy has touched off a massive public backlash against ICE, the Department of Homeland Security and President Donald Trump.

Under fire, Trump signed an executive order on Wednesday reversing the family separation policy and keeping families together by detaining the children along with the adults. The executive order didn't say whether the government would reunite the separated children, some of whom are as young as 9-months-old, with their parents.

The children were originally separated from adults because under current law, minors can't be detained for more than 20 days, according to the 1993 Flores v. Reno settlement.

The tech alternatives program allows ICE to monitor immigrants without locking them up. It has a low rate of failure. An ICE spokesman said the program had a 99.8 percent compliance rate, with the majority of immigration hearings happening without a hitch.

The tech alternatives aren't offered to every immigrant who is caught, he said. ICE decides on a case-by-case basis using factors like immigration and criminal history in the consideration. ICE didn't have details on how long the approval process can take. The spokesman also didn't clarify why families in the last five weeks weren't granted alternatives to detention.

ICE said it considers family ties as part of its approval. As of the end of 2016, 50,825 people were approved directly at border processing sites in California, Arizona and Texas.

That quick process hasn't been the case for thousands of families separated at the border, Ruthie Epstein, a legislative policy analyst at the American Civil Liberties Union said.

"They should have been offered alternatives to detention," Epstein said. "Immediately detaining these families is the absolute wrong response."

Yes, there's an app for that

The monitoring program on mobile devices works through an app called SmartLINK. The app is made by Behavioral Interventions, a subsidiary of private prison company GEO Group.

The company declined to comment on the app, deferring questions to ICE. In its marketing language, the company calls itself the "U.S. leader for offender monitoring products."

The app works by setting up calendar events, reminders and communications between arrested immigrants and police, allowing people to self-check in. Officers are able to use the app to monitor people without watching them at all times.

It uses a photo check-in as a biometric measure to ensure the person using it is the arrested individual.

ICE can also use ankle bracelets with GPS monitoring, as well as call check-ins using voice recognition software, to catch fraudsters. The ICE spokesman said telephonic reporting was the most common method for electronic surveillance.

The Department of Homeland Security's Inspector General reported (pdf) in February 2015 that contractors charge 17 cents a day for telephonic monitoring and $4.41 for GPS monitoring. The U.S. Government Accountability Office reported in 2014 (pdf) that the average cost per day for electronic surveillance was $85 a person.

In comparison, ICE's detention centers cost $133.99 a day per bed, according to its 2018 budget. The budget requested for a $1.2 billion increase for detention beds, while only asking for $57.4 million for its Alternatives to Detention program.

The program has reunited several immigrant parents with their children in South Texas already, according to NPR.

"When you're detaining a parent and a kid, you're inflicting trauma on the family, that sort of trauma can reverberate for years," the ACLU's Epstein said.