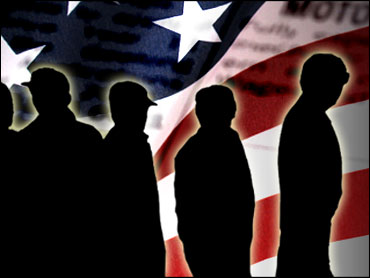 Unemployment rates rose in more than two-thirds of the nation's largest metro areas in November, a sharp reversal from the previous month and the most since June.

The Labor Department said Tuesday that unemployment rates rose in 258 of the 372 largest cities, fell in 88 and remained the same in 26. That's worse than the previous month, when rates fell in 200 areas and rose in 108.

The economy is strengthening, but employers have been reluctant to create jobs. Hiring will pick up in 2011, but not enough to significantly lower the unemployment rate, economists forecast.

"The areas really affected by the housing bust have yet to come back," said Jim Diffley, a regional economist at IHS Global Insight.

Nationwide, the unemployment rate rose in November to 9.8 percent from 9.6 percent the previous month, according to a report last month from the Labor Department. The metro data lags behind the national data by several weeks.

Unlike the national report, the metro figures aren't seasonally adjusted to account for trends such as the hiring of agricultural workers for fall harvests, or the layoff of temporary retail employees after the winter holidays. That makes the data more volatile from month to month.

In some hard-hit areas, many laid-off workers are giving up searches. Fourteen metro areas in Michigan reported lower unemployment rates six of which were among the 10 sharpest drops in November. That included Detroit, where the rate fell to 12 percent from 13.3 percent. But thirteen of them also said that fewer people are employed or looking for work. Once the unemployed stop hunting for jobs, the government no longer counts them as unemployed.

"That is not a good sign," said Sophia Koropeckyj, managing director for Moody's Analytics. "It means that people are giving up and could be leaving the state."

Bismarck, N.D. recorded the lowest unemployment rate, with 3.3 percent, followed by Fargo, N.D. and Lincoln, Neb. at 3.5 percent each.

El Centro, Calif. had the highest unemployment rate in the nation, at 29.1 percent, followed by Yuma, Ariz., with 24.8 percent. The two areas are adjacent and have large numbers of migrant farm workers.