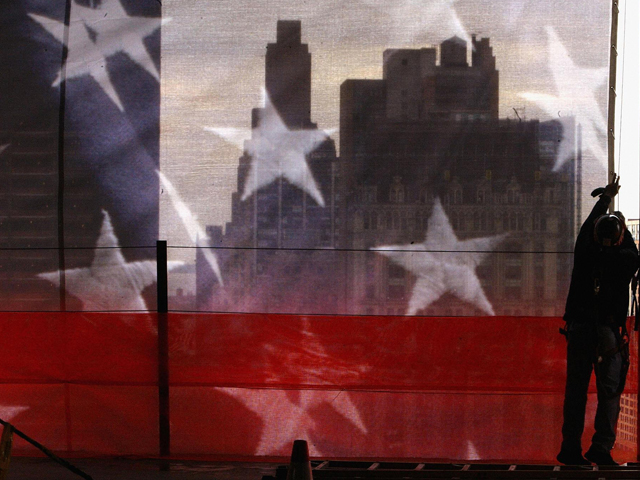 WASHINGTON Unemployment rates fell in nearly all large U.S. cities in September from August, a sign that recent jobs gains have been widespread.

The Labor Department says rates declined in 355 of the 372 metro areas, the most since April. The report also shows that nearly half of cities now have unemployment rates below 7 percent.

And the number of areas with unemployment rates above 10 percent dropped to 35. That's down from 84 a year ago.

Rates rose in only 11 cities and were unchanged in six.

Nationwide, the unemployment rate fell to 7.8 percent in September. It was the first time the rate has fallen below 8 percent since January 2009 President Barack Obama's first month in office.

Unlike the national numbers, the metro rates aren't adjusted for seasonal patterns. Much of the decline likely reflects school-related employees, such as bus drivers and cafeteria workers, who returned to work.

The report on local unemployment rates comes a week before the presidential election. Many hard-hit cities in key swing states have seen their rates drop in the past year, although some still have rates well above the national level.

For example, the unemployment rate in Las Vegas was 11.5 percent last month. That's down from 14 percent a year ago.

In the Miami metro area, the rate fell to 8.4 percent last month, from 10.4 percent a year earlier.

Still, other cities that could help decide the election have much lower unemployment.

The rate in the Cleveland metro area was 6.5 percent last month. It has fallen by a full percentage point in the past year.

In the Milwaukee metro area, the unemployment rate dropped to 6.9 percent, from 7.6 percent a year ago.

The national unemployment rate fell in September because of a big jump in the number of people who said they had jobs. Most of those jobs were part time.