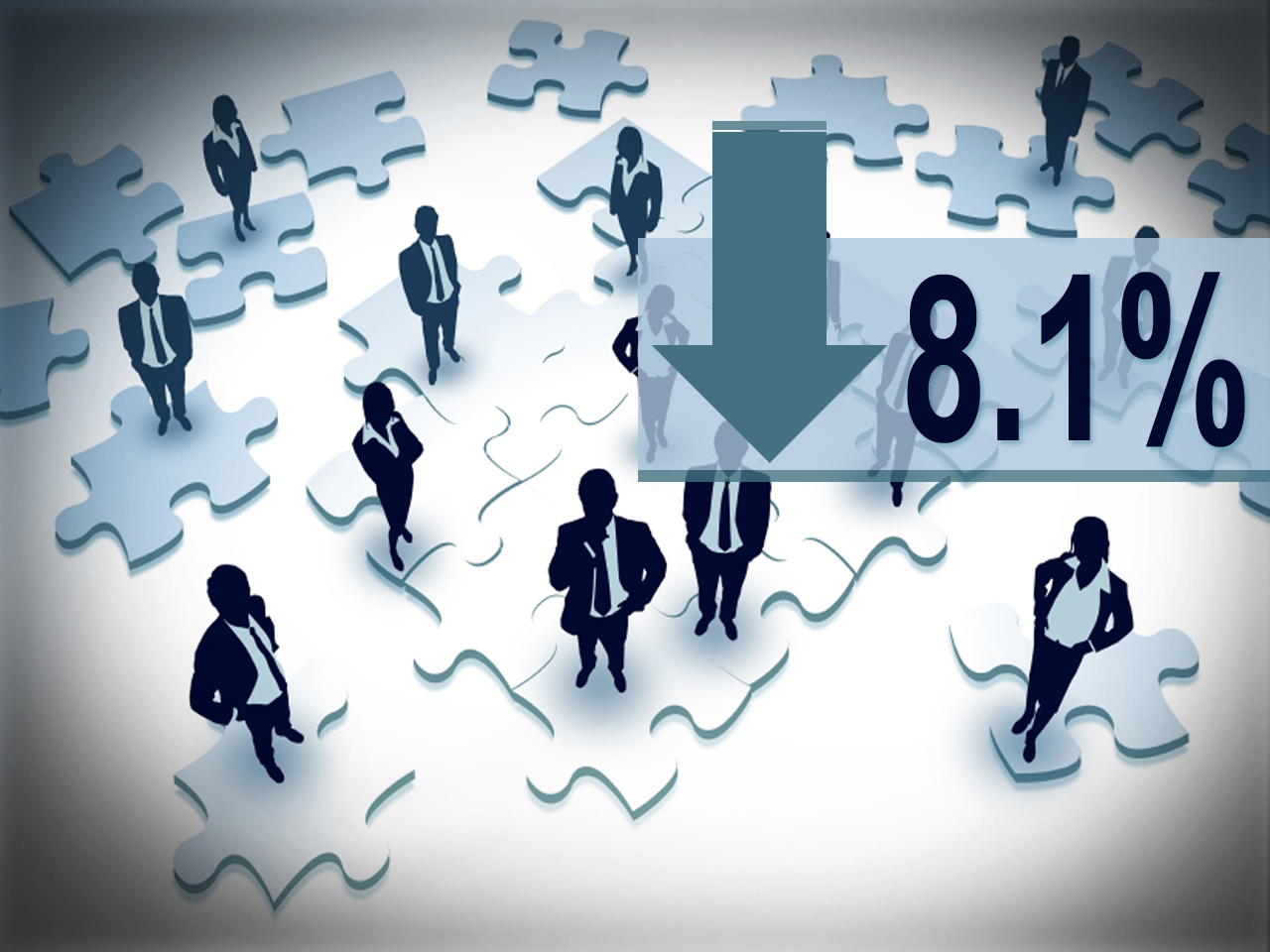 (MoneyWatch) The U.S. economy added 115,000 new jobs in April and the unemployment rate fell to 8.1 percent, the lowest level since January 2009. While some may focus on the rate, the more important fact is that job creation was disappointing.

2012 started off with a bang in terms of job creation. In January, the economy added 275,000 jobs; February was revised up to 259,000 from the originally reported 240,000; and March was also revised up to 154,000 from 120,000. With today's data, the average monthly job creation this year has been 200,000. The big question that looms: Were the January-February results an anomaly and are the March-April results indicative of where the economy and the jobs market really stands?

In the weeks leading up to the report, there seemed to be impending doom. Weekly claims were trending higher (claims averaged about 384,000 in April, up from an average of 369,000 in January, February and March); the ADP private sector employment report was weaker than expected; and then there was everyone's favorite scapegoat: The weather. Economists said there would be payback for that mild winter that much of the nation enjoyed.

Analysts said that employers hired more than expected in December, January and February, "borrowing" those jobs from March, April and May. Goldman Sachs analysts guessed "that weather has boosted the level of payrolls by around 100,000 as of February, and may have shaved about 20,000 from the March report. Going forward, we currently expect payback of about 50,000 in April and the remaining 30,000 in May."

There was also a lot of chatter about the unemployment rate potentially dropping, but for the wrong reason - because discouraged workers are leaving the labor force. The financial crisis and Great Recession brought many new terms to our vocabularies, including "credit default swaps", "mortgage-backed securities" and "participation rate". Participation rate is the percentage of the working age population in the labor force and over the last 20 years, it has held at 66 to 67 percent. In April, the rate was 63.6 from 63.8 percent in March, which meant that 169,000 fewer people were in the labor force. Some of that drop is attributable to demographics-aging boomers are calling it quits. But a good chunk can be chalked up to frustrated would-be workers giving up their job searches for a while and opting out of the labor force.

To be counted as unemployed, you have to have been looking for a job within the last four weeks. As conditions improve, more people jump back into the labor force. They are joined by those whose long term unemployment benefits run out, which pushes up the participation rate and by extension, the unemployment rate. The economy needs at least as many new jobs as new people entering the labor force, just to keep the unemployment level even, which is why at the current rate of job creation, it will take approximately 4 years to return to the pre-recession level of unemployment of 5 percent.

We are now entering our fifth year of pain. December 2007 marked the beginning of the Great Recession, which lasted 18 months until June 2009. The meandering recovery has entered its 35th month and while there has been great improvement in some areas (the stock market has more than doubled), the progress on jobs (and housing for that matter) continues to be frustratingly slow. The economy has added 3.75 million jobs since employment bottomed in February 2010, but there are over 5 million fewer total nonfarm jobs now than when the recession started in 2007.