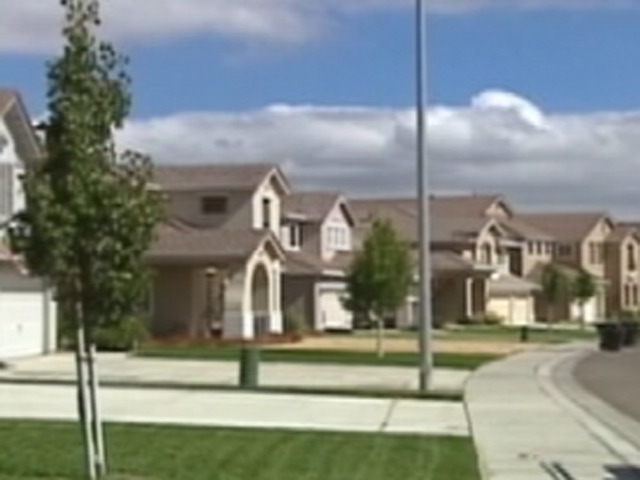 WASHINGTON -- The number of Americans who owe more on their mortgages than their homes are worth rose at the end of last year, preventing many people from selling their homes in an already weak housing market.

Underwater mortgages typically rise when home prices fall. Home prices in December hit their lowest point since the housing bust in 11 of 20 major U.S. metro areas. In a healthy housing market, about 5 percent of homeowners are underwater.

About 2.4 million people have only 5 percent equity or less in their homes, putting them near the tipping point if prices in their area fall.

Roughly two-thirds of homeowners in Nevada with a mortgage had negative home equity, the worst in the country. Arizona, Florida, Michigan and California were next, with nearly 50 percent of homeowners with mortgages in those states underwater.

Oklahoma had the smallest percentage of underwater homeowners in the October-December quarter, at 5.8 percent. Only nine states recorded percentages less than 10 percent.

When a mortgage is underwater, the homeowner often can't qualify for mortgage refinancing and has little recourse but to continue making payments in hopes the property eventually regains its value.

The slide in home prices began stabilizing last year. But prices are expected to continue falling in many markets due to still-high levels of foreclosure and unemployment.

That means homes purchased at the height of the real estate boom are unlikely to recover lost value for years.

Underwater mortgages also dampen home sales. Homeowners who might otherwise sell their home refuse to take a loss or can't get the bank to agree to a short sale when a lender lets a borrower sell their property for less than the amount owed on the mortgage.

Home sales have been weaker in areas where there are a large number of homeowners with negative equity.

The total amount of negative equity increased to $751 billion nationwide, up from $744 billion in the previous quarter.