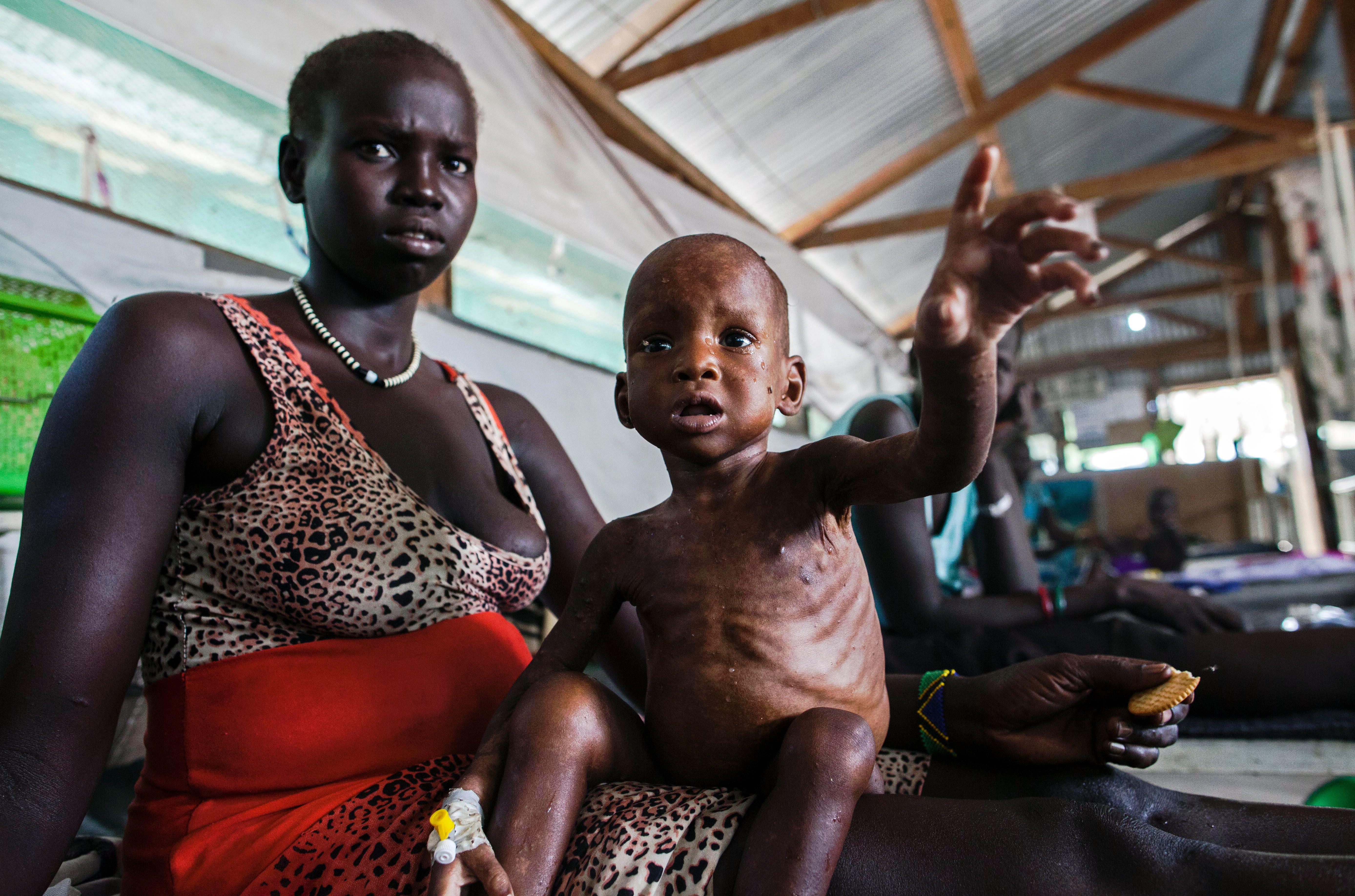 ROME -- The number of hungry people in the world is growing again, in large part due to climate change that is wreaking havoc on crop production in much of the developing world, the United Nations said Tuesday. Major U.N. agencies said in an annual report Tuesday that the number of hungry people facing chronic food deprivation increased to 821 million in 2017 from 804 million in 2016, reversing recent downward trends.

That accounts for one in every 9 people.

"Hunger has been on the rise over the past three years, returning to levels from a decade ago," said a news release Tuesday on the report. "This reversal in progress sends a clear warning that more must be done and urgently if the Sustainable Development Goal of Zero Hunger is to be achieved by 2030."

"This message today should frighten the world," said David Beasley, head of the World Food Program. Beasley, a Trump administration nominee, acknowledged that climate change as well as conflict were fueling the rise in malnutrition globally.

"Climate impact is real," he said, though he demurred when asked whether the cause was man-made.

Analysis in the report found that climate variability -- extreme droughts and floods -- are already undermining production of wheat, rice and maize in tropical and temperate regions, and that the trend is expected to worsen as temperatures increase and become more extreme.

The report called for policies to target groups most vulnerable to malnutrition, including infants, children, adolescent girls and women. It called for greater efforts to promote policies that help communities adapt to climate change and build resilience.

Poor progress has been made in reducing child stunting, the report says, with nearly 151 million children aged under five too short for their age due to malnutrition in 2017, compared to 165 million in 2012. Globally, Africa and Asia accounted for 39 percent and 55 percent of all stunted children, respectively.

Beasley said if the world is failing today with a population at 7.5 billion and all the wealth and technology that is available, "wait until people 30 years from now -- when we have 10 billion people, when people in London, in Washington, D.C., and Chicago and Paris -- when they don't have enough to eat."

At the same time as hunger is increasing globally, rates of adult obesity are on the rise, most significantly in North America. Both undernutrition and obesity can exist in the same household, the report said, since poor access to affordable, nutritious food can increase risks for obesity.

Svetlana Axelrod, assistant director general for the World Health Organization, said breastfeeding can help early on to prevent obesity. The report found that rates of exclusive breastfeeding are 1.5 times higher in Africa and Asia than in North America, where only a quarter of infants under 6 months are exclusively fed by breast milk.

"Women should breastfeed as long as they can," she said.

Earlier this year, the U.S. faced criticism for opposing a WHO resolution to encourage breastfeeding, with critics accusing the Trump administration of embracing the interests of infant formula manufacturers. President Donald Trump said the administration opposed the resolution because it called for limits on promoting infant formula, not because it objected to breastfeeding.