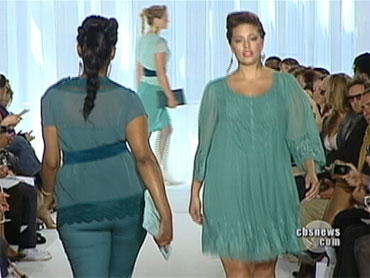 His Senate approval to be U.N. ambassador still in question, John R. Bolton told skeptical Democrats that the world body had "gone off track" at times but that he was committed to its mission.

"If confirmed, I pledge to fulfill the president's vision of working in close partnership with the United Nations," Bolton said at the start of a tense, partisan day of debate over his temperament and record.

Democrats at Bolton's Senate Foreign Relations Committee confirmation hearing on Monday recited his past undiplomatic remarks about the United Nations and wondered aloud why he would even want the job. They also challenged him over alleged bullying of government intelligence officials who disagreed with him on issues including Cuba's weapons capabilities.

"Tuesday's witness will focus on the key concern of Committee critics, that is, the two incidents in which Mr. Bolton asked to have intelligence analysts reassigned," said CBS News Foreign Affairs Analyst Pamela Falk, "and whether or not Mr. Bolton's actions were taken to circumvent the U.S. intelligence community in order to overstate the case regarding Cuban biological weapons."

Bolton did not disavow statements going back more than a decade, including a speech in which he said "there is no such thing as the United Nations," only a group of nations that the United States can sometimes sway to act in its own interest.

"The United States is committed to the success of the United Nations, and we view the U.N. as an important component of our diplomacy," Bolton said Monday.

That is a firmer statement of support for the world body than conservatives in and out of the Bush administration have sometimes offered, and some Democrats suggested Monday that Bolton hadn't really been converted.

Bolton retains a go-it-alone attitude about U.S. foreign policy that is out of step with Mr. Bush's second-term pledge of international cooperation, said Sen. Barbara Boxer, a California Democrat.

"My overall assessment is that you have nothing but disdain for the United Nations," she said.

"You can dance around it, you can run away from it, you can put perfume on it, but the bottom line is the bottom line," Boxer said. "It's hard for me to know why you'd want to work at an institution that you said didn't even exist."

The committee is expected to vote Thursday on whether to promote Bolton from his current job as the State Department's arms control chief to become the U.S. ambassador at the United Nations.

"At this point, all the Democrats are against Mr. Bolton," Borger said. They are trying to recruit

They would like to get Rhode Island Republican Lincoln Chafee to go along with them, "but I would have to guess that it's going to be a squeaker and he will get confirmed."

What makes Bolton's nomination particularly controversial, says Borger, is Congress' sensitivity about the United States not having found weapons of mass destruction.

"The question of whether someone put pressure on someone to give them the intelligence they want, that fits their ideological mold, is very, very delicate right now on Capitol Hill," Borger said.

"Tuesday's hearing will give both Democrats and Republicans a chance to question Carl W. Ford, Jr., who oversaw the work of the two intelligence analysts whom Mr. Bolton sought to have reassigned," said Falk. Those two agents are Christian Westermann and "Mr. Smith," an undercover intelligence official whose name, Fulton Armstrong, Senators Lugar and Kerry may have inadvertently revealed.

Bolton said he would not aim to promote only American interests at the world body. He also said the U.N. General Assembly needs to focus more on human rights violators and international terrorism.

"Sadly, there have been times when the General Assembly has gone off track," Bolton said, citing the "abominable" resolution that equated Zionism with racism. It was repealed in 1991, with Bolton playing a leading role as a State Department official.

The committee has 10 Republicans and eight Democrats, reflecting the Republican majority in the Senate. A straight party-line vote would send Bolton's nomination on to the full Senate for an up-or-down vote, probably next week.

"He would not be my choice for the nominee," Chafee told reporters Monday, but he said he was "inclined" to vote for Bolton.

Sen. John Kerry, a Massachusetts Democrat and last year's losing presidential candidate, has launched an Internet campaign urging Chafee to vote no and asking people to call Chafee to oppose Bolton. About $20,000 in Web-based ads have been largely targeted to Internet users in Rhode Island and financed by Kerry's political campaign committee.

A 9-9 tie would block Bolton's nomination, at least temporarily. The committee could then hold a second vote on whether to send to nomination to the full Senate without the panel's recommendation, but it would need a majority vote to do so.

Sen. George Allen, a Virginia Republican, was one of the committee Republicans who defended Bolton, saying that in picking a known advocate of United Nations reform, President Bush had chosen "the absolute perfect person for the job."

Bolton, 56, has served in the past three Republican administrations.

Much of Monday's hearing focused on his record as a boss and his use of intelligence for what Democrats suggested were partisan ends. They have raised the question of alleged retaliation against an analyst who crossed him.

Bolton said the analyst, Christian Westermann, had overstepped his authority in questioning Bolton's characterization of intelligence about Cuban germ warfare.

Moreover, Bolton said, "he was not straight with me."

During a heated back-and-forth with Sen. Christopher Dodd, a Connecticut Democrat, Bolton denied he tried to get Westermann fired, but said he did want the analyst transferred elsewhere in the State Department. That did not happen.