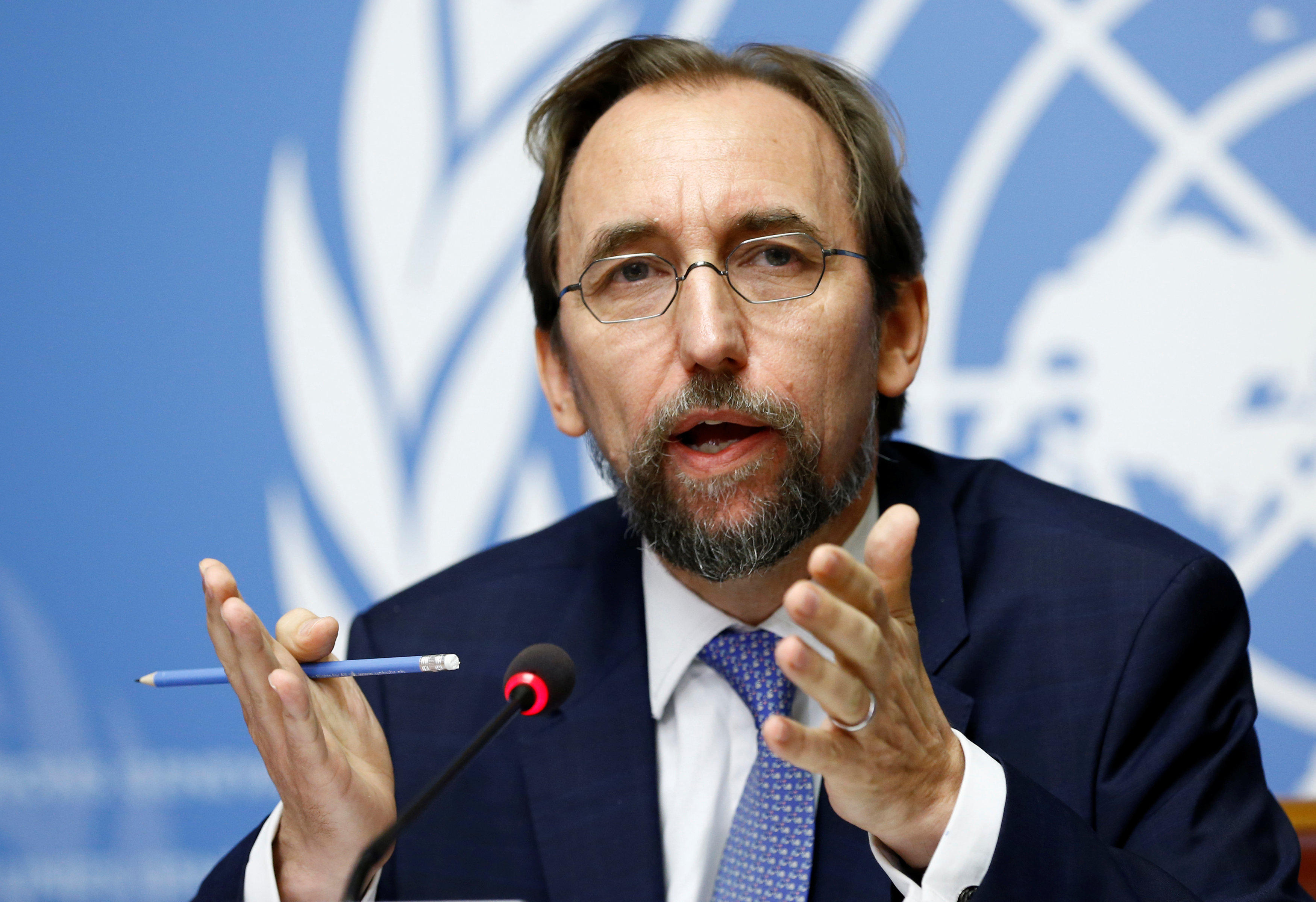 Zeid Ra'ad al-Hussein also made his first public comments decrying racist and anti-Semitic cries by far-right groups in Charlottesville, Virginia, calling the events on its streets "an abomination" and "a nightmare."

He said he didn't initially respond because there was already a "cacophony of noise" in the United States.

Zeid, who is a Jordanian prince, said Mr. Trump's repeated criticism of U.S. news outlets such as the New York Times, the Washington Post and CNN was "an incitement for others to attack journalists."

"You don't have to stretch the imagination to see then what could happen to journalists," he said.

Mr. Trump has included CBS News in his criticism of the "fake news media."