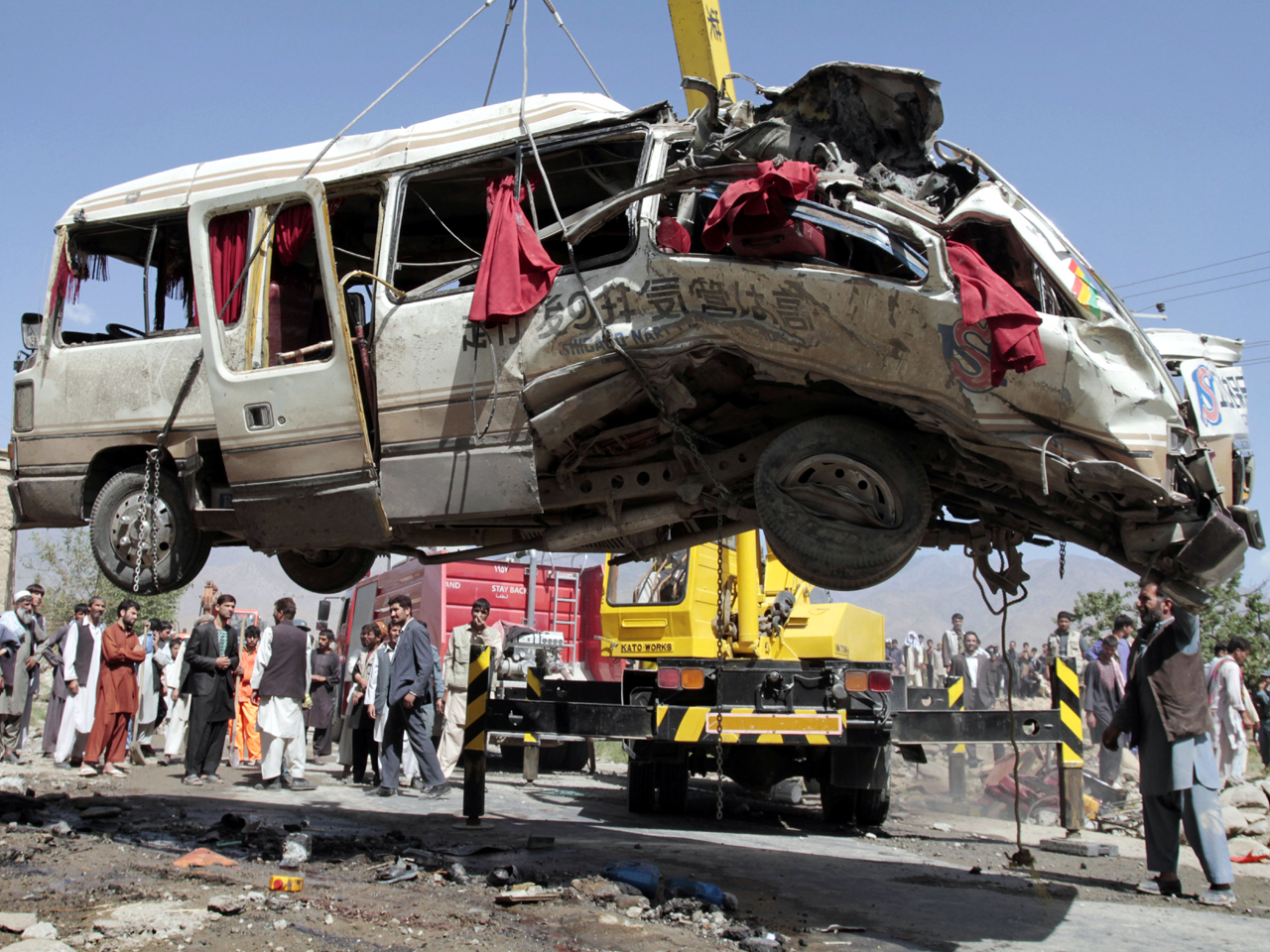 (CBS News) KABUL - Civilian casualties caused by the conflict in Afghanistan dropped 15 percent during the first six months of this year, according to a United Nations report, though the international body described these gains as a "hollow trend" and said the conflict in the country continued to take "an unacceptable toll on Afghan men and women."

"The United Nations welcomes the reduction in civilian casualties, but we must remember that Afghan children, women and men continue to be killed and injured at alarmingly high levels," said Nicholas Haysom, deputy U.N. special representative of the secretary-general in Afghanistan. "I call on all parties to increase their efforts to protect civilians from harm and to respect the sanctity of human life."

According to the report, there were 3,099 civilian casualties, including 1,145 deaths, during the first six months of 2012. Thirty percent of those killed or wounded were women and children.

The U.N. also warned that despite signs of improvement earlier in the year, civilian casualty figures have started to rise again in recent weeks. On Tuesday, nine Afghan civilians were killed when a remote-controlled roadside bomb hit a minibus. According to the U.N. report, 80 percent of the civilian casualties documented were caused by "anti-government elements," killing almost 900 people during the six month period.

At a press conference in Kabul Wednesday, the U.N. condemned the Taliban's use of improvised explosive devices and suicide attacks, which it says has had particularly deadly consequences for the local population, including women and children.

"Victim-activated improvised explosive devices are illegal, as they fail to distinguish between civilians and combatants," said Haysom. "This heinous weapon has killed or maimed the greatest number of Afghan civilians during the conflict and I call on the Taliban to cease their use."

But Haysom also said that civilian casualties arising from attacks by pro-government forces were down by a quarter, although air strikes and night raids continued to be a problem. Eighty-three civilians were killed in air attacks during the first half of the year - a figure which likely will remain a concern to the Afghan government. The issue of civilian casualties inflicted by international troops remains a thorny one that has often created a rift between President Karzai and the coalition. An air strike on insurgents sheltering in a compound in the province of Logar killed 18 civilians in June, mostly woman and children.

But ISAF spokesman Brigadier Gen. Gunther Katz said measures are being taken to avoid further harm to the civilian population. "ISAF will continue our emphasis on reducing the loss of innocent civilian life to an absolute minimum," he said. "Every Afghan death diminishes our cause. Therefore, much work has already been done in the way of reviewing our tactical directives and operational procedures. These efforts and the positive work of the other pro-government elements have reversed the trend of increasing civilian casualties over the previous five years. We call on all parties in this conflict to match our resolve."

But there is no sign that the Taliban is heeding this call. The U.N. report says it has also observed a sharp increase in targeted killings of civilians by insurgent groups as well as an alarming upward trend in human rights abuses in areas controlled by insurgents. The report says the Taliban have begun implementing their own justice system in these areas, using beatings, amputations and executions as punishment. Taliban groups are also interfering with local health care and education, burning down 34 schools during the first half of this year, according to the U.N.

But the report says there are also problems with Afghan police in rural areas, including poor recruitment, weak command structure and a lack of accountability for human rights abuses.