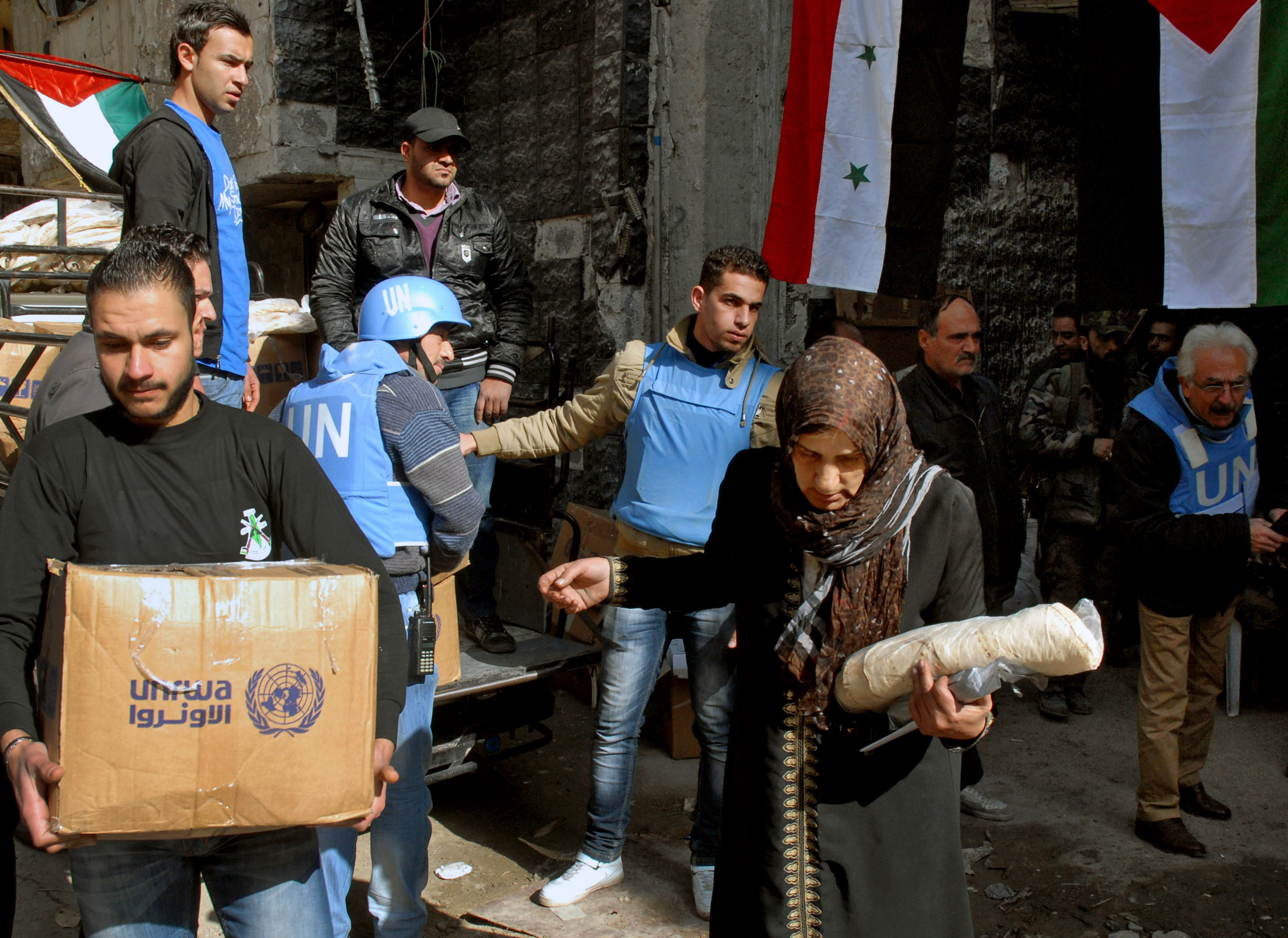 DAMASCUS, Syria -- The U.N. delivered hundreds of relief parcels Thursday to a besieged rebel-held refugee camp in the Syrian capital that has suffered for months from crippling shortages of food and medicine, U.N. and Palestinian officials said.

The supplies for Yarmouk came a day after activists said at least 85 people had died in the camp since mid-2013 as a result of starvation and illnesses exacerbated by hunger or lack of medical aid.

The Yarmouk camp, located on the southern edge of Damascus, is one of the hardest-hit of a number of opposition enclaves under tight blockades imposed by pro-government forces during Syria's bloody three-year civil war. Activists and aid groups have accused the military of using starvation as a weapon of war.

The Britain-based Syrian Observatory for Human Rights has said the first person died in Yarmouk in June, and that as of Wednesday a total of 85 people had perished there. Five days ago, activists and residents said the death toll stood at more than 60.

The need to open humanitarian corridors to ferry desperately needed aid into blockaded areas and to relieve civilian suffering has been one of the topics discussed at ongoing peace talks in Switzerland between the Syrian government and the opposition. Despite encouraging signs early in the discussions, no concrete progress has been made on that front.

Authorities recently allowed a few hundred food parcels into Yarmouk in what appeared to be a goodwill gesture ahead of the peace talks, but residents said only a tiny amount entered because government officials ordered aid workers to distribute the parcels in an area under sniper fire.Chris Gunness, a spokesman for the U.N.'s UNRWA agency that aids Palestinian refugees, said a convoy carrying 900 food parcels entered Yarmouk on Thursday morning. He added that despite "chaotic scenes," by noon 720 parcels had been distributed.

"We are encouraged by the delivery of this aid and the cooperation of the parties on the ground," Gunness said. "We hope to continue and increase substantially the amount of aid being delivered because the numbers of those needing assistance is in the tens of thousands, including 18,000 Palestinians, among them women and children."

"With each passing hours their need increases," he said.

Anwar Raja, a Palestinian official in Syria, said a number of elderly people will be evacuated from Yarmouk later in the day.

Raja said the parcels were transported by pick-up trucks that were inspected by members of Palestinian factions holding Yarmouk, and that deeper inside the camp the parcels will be carried on foot.