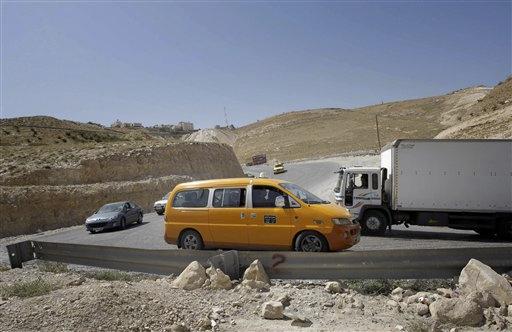 The crisis over Ukraine's disputed presidential election intensified Sunday as the opposition demanded the current president fire his prime minister, the official winner of last week's vote that has bitterly divided this former Soviet republic.

At the same time, pro-government forces have announced plans for a referendum that would form a separate republic within Ukraine.

The opposition warned President Leonid Kuchma it would block his movements unless he fired Prime Minister Viktor Yanukovych and fulfilled other demands within 24 hours.

Earlier, Kuchma called on the opposition to end its four-day blockade of government buildings, saying compromise was the only solution to the crisis that has developed into a tense political tug-of-war between the West and Moscow over Ukraine's future.

On Saturday, Ukraine's parliament declared the election invalid amid international calls for a new vote, and lawmakers also passed a vote of no confidence in the Central Elections Commission, which declared Moscow-backed Yanukovych the winner.

Both parliamentary votes, however, are symbolic only and have no legal standing.

Opposition leader Viktor Yushchenko, who claims he was cheated out of victory in the Nov. 21 presidential runoff, urged his supporters Sunday to stay in the streets. Hundreds of thousands of demonstrators have thronged downtown Kiev for a week to support Yushchenko's claim the election was rigged.

The Supreme Court will consider Yushchenko's appeal Monday. The court's ruling could pave the way for a new vote, which the opposition is demanding, or remove the only barrier to Yanukovych's inauguration.

The United States and other Western nations say the vote was marred by massive fraud. Russian President Vladimir Putin openly backed Yanukovych and congratulated him on his victory. Moscow considers this nation of 48 million people part of its sphere of influence and a buffer between Russia and NATO's eastern flank.

Yushchenko also has called for a new vote Dec. 12 under the watch of the Organization for Security and Cooperation in Europe. He also has demanded that the 15 members of the election commission be replaced.

Yulia Tymoshenko, a top ally of Yushchenko, told a rally of about 100,000 opposition supporters in Kiev's main square Sunday that Kuchma had until Monday evening to fire Yanukovych.

"We know where he is, and we can prevent him from making a single step if he doesn't fulfill our demands," Tymoshenko said.

Her other demands included firing the governors of eastern regions warning of autonomy bids and initiating a bill to reshuffle the Central Election Commission. If Kuchma does not fulfill them, he should be prosecuted for "crimes against the people," Tymoshenko said as protesters shouted "Down with Kuchma!"

She said opposition crowds would march to the Supreme Court and the Ukrainian parliament where Yushchenko's supporters would seek a no-confidence vote Monday in Yanukovych's Cabinet.

"We won't tolerate what's going on in Ukraine," Donetsk Gov. Anatoly Bliznyuk told lawmakers. "We have shown that we are a force to consider."

Starting Thursday, Yushchenko supporters encircled the Cabinet and the president's administration buildings, refusing to let anyone enter or leave.

Kuchma, who backed Yanukovych, criticized the blockades Sunday as a "gross violation of law" that "would be unacceptable in any nation." He made his comments during a meeting of his National Security Council, parts of which were broadcast live on Ukrainian television.

"Compromise is the only way to avoid unpredictable consequences," Kuchma said.

Yushchenko responded that the "peaceful pickets will not be lifted, but will continue." He urged tens of thousands of his supporters in and around Independence Square to maintain their vigil.

"You will ask me how long we should stay here, is it worth staying here?" he said. "Even the Georgian revolution lasted for three weeks. ... I am asking you, I am demanding that you stay here until the end."

Many of the Ukrainian demonstrators have been inspired by the November 2003 massive street protests in the former Soviet republic of Georgia that helped lead to the resignation of longtime President Eduard Shevardnadze.

Representatives of the Western-leaning Yushchenko and Yanukovych were expected to resume negotiations Sunday under the auspices of European Union negotiators, but a Yanukovych aide said in the afternoon that the two sides had not met.

Stepan Havrysh said the prime minister's campaign team was upset by the parliamentary votes but still optimistic the talks might resume Monday.

The crisis has exacerbated the stark divide between the pro-Russian, heavily industrialized eastern half of Ukraine, where Yanukovych draws his support, and the west, Yushchenko's stronghold including the capital Kiev, which is a traditional center of Ukrainian nationalism.

The crisis also has overshadowed political differences between the candidates.

Yushchenko, whose wife is U.S.-born, says he wants to push the country to greater integration with Western Europe, and he has suggested he would seek NATO membership. His critics worry he will alienate Ukraine from Russia, its key trade partner and main energy supplier.

Yanukovych was expected to pursue closer ties with Moscow. Many Russian-speaking Ukrainians in the east fear a Yushchenko presidency would make them second-class citizens.

The Donetsk referendum vote came after an urgent meeting attended by Yanukovych and some 3,500 delegates from eastern and southern Ukraine. Participants adopted a resolution vowing that they could take measures including a referendum on seeking autonomy.

Autonomy for Donetsk would require changing Ukraine's constitution to allow for stronger self-rule for its provinces. While such changes could face serious opposition, the vote suggested Ukraine's rift could widen if the election results are overturned.

Borys Kolesnikov, the head of the Donetsk region and a key ally of the prime minister, warned that a Yushchenko presidency "would prompt the establishment of a new federal state in the form of a southeastern republic with its capital in Kharkiv," close to the Russian border.