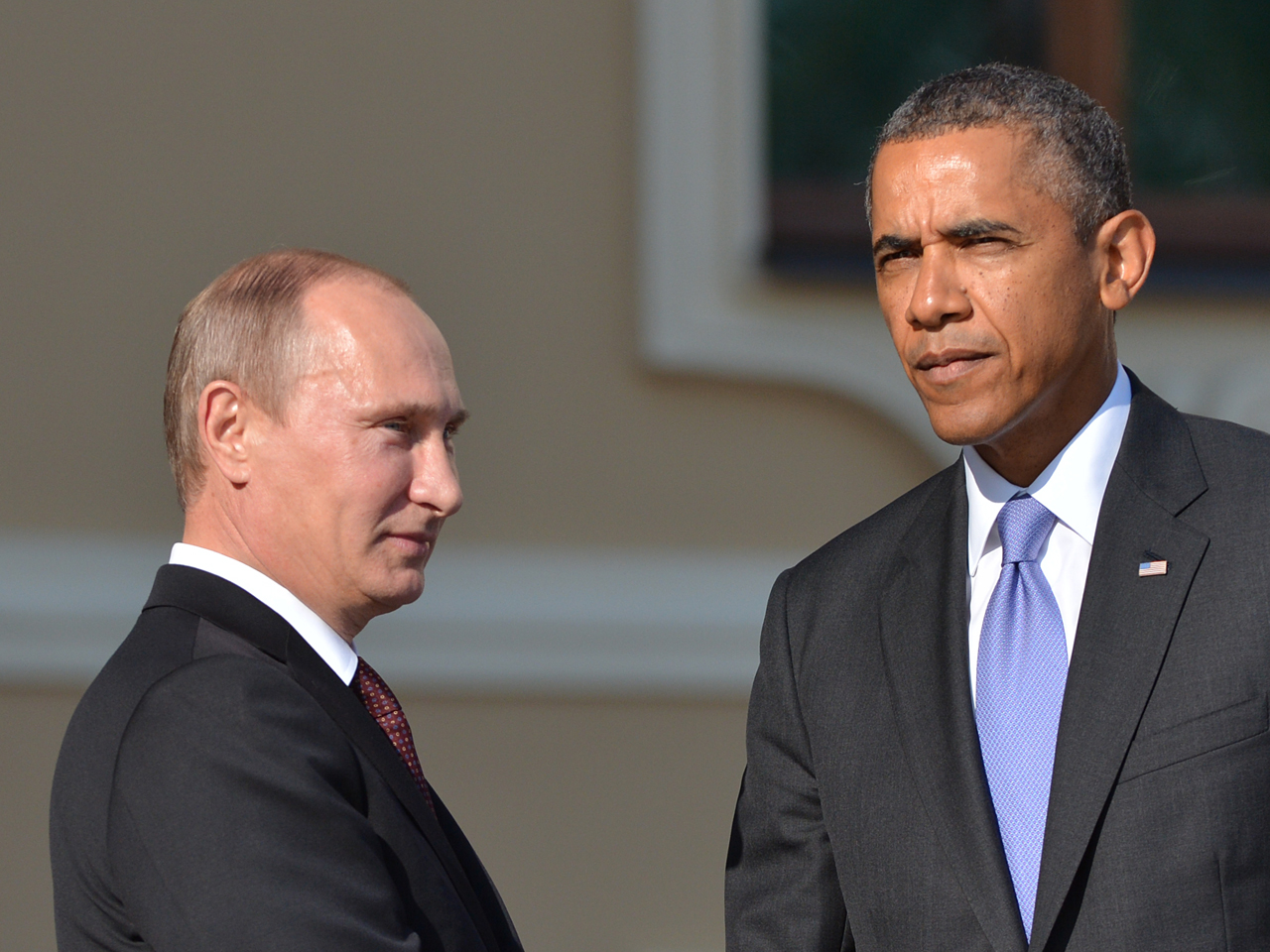 President Obama's all talk and no action when it comes to matters of foreign policy, some Republican lawmakers said Sunday - and that reputation, they charged, offered a convenient springboard for Russian President Vladimir Putin's decision to use military force in Ukraine.

Appearing Sunday on CNN's "State of the Union," Sen. Lindsey Graham, R-S.C., suggested Mr. Obama's warning to Russia on Friday that "there will be costs for any military intervention in Ukraine" was legless considering how restricted options are for the United States.

"Stop going on television and trying to threaten thugs and dictators; it is not your strong suit," Graham advised the president. "Every time the president goes on national television and threatens Putin or anyone like Putin, everybody's eyes roll, including mine. We have a weak and indecisive president that invites aggression."

Following Mr. Obama's press conference Friday called specially to respond to the escalating situation in Ukraine, Putin over the weekend added some salt to the wound by spurning his plea, instead seeking and receiving permission from his parliament to use military force to protect Russian citizens in Ukraine, for months the site of political tumult. Troops have already stationed themselves in Crimea, a Black Sea peninsula that houses one of Moscow's naval bases; Ukraine, in response, called the move a "declaration of war" and is mobilizing its troops.

Rep. Mike Rogers, R-Mich., chairman of the House Intelligence Committee, on "Fox News Sunday" agreed with Graham that "there are not a lot of options on the table." That's in part, he said, because Russia is "running circles around" the United States.

"Putin is playing chess, and I think we are playing marbles," he said. "And I don't think it's even close.

"...I believe it's the naive position on the National Security Council and the president's advisers that, if we just keep giving things to Russia, they'll wake up and say, 'the United States is not that bad,'" Rogers continued. "That is completely missing the motivations of why Russia does what Russia does."

Asked specifically if he joins some of his colleagues in blaming the president's foreign policy record, Sen. Marco Rubio, R-Fla., told NBC's "Meet the Press," "I think our policy toward Russia under this administration deserves a heavy amount of criticism." But, he added, "I usually shy away from that in moments of crisis, when it's important for the nation to speak with one voice."

Rubio applauded Secretary of State John Kerry, who, while making his rounds on the Sunday talk shows, said U.S. allies are "prepared to go to the hilt in order to isolate Russia with respect to this invasion."

Kerry warned Russia of possible economic sanctions and embarrassment on the world stage after Putin vehemently argued for the sovereignty rights of states like Syria and Iran. He also said the United States was "absolutely prepared" to boycott the upcoming G8 summit in Sochi, Russia, a threat seconded by Rogers.

Graham took it a step further, saying: "If I were President Obama, I would reengage Poland and the Czech Republic regarding missile defense. I would admit Georgia to NATO. I would have a larger military presence in the Balkans to NATO members who are threatened by Russia.

"I would fly the NATO flag as strongly as I could around Putin," Graham continued. "I would suspend his membership in the G-8, be the G-7. The G-20 would become the G-19 at least for a year. And every day he stays in the Ukraine, I would add to it."