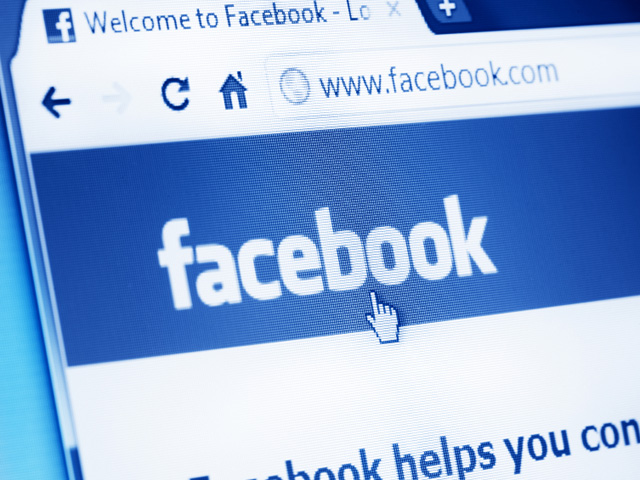 LONDON Americans often cite free speech when controversial statements offend certain groups of people, but what if you went to jail for making an ill-humored joke on Facebook? That's what happened to one British man recently, over his status update. But the case raises questions about free speech laws in the U.K.

Matthew Woods, 20, became one of the most hated people in the U.K. after posting an offensive status update on Facebook about an abducted 5-year-old girl. Woods "offensive" comments included sexually aggressive and suggestive references, which attracted a number of supportive and equally derogatory replies.

Woods was charged by British police under section 127 of the U.K. Communications Act 2003, which found that his message was "grossly offensive" or "of an indecent, obscene or menacing character." He was arrested "for his own safety," reports The Guardian, following the comments posted on Facebook about 5-year-old April Jones, who was abducted close to her home in Machynlleth, Wales early this month.

The British media capitalized upon the conviction: Was Woods' comment truly "criminal?"

Despite being the closest ally to the United States on political, economic and defense matters, by comparison the U.K.'s free speech principles feel archaic and its laws stagnant in the digital age.

It was the same law that found Paul Chambers, 28, of Northern Ireland, guilty of unlawfully sending a message that was also deemed "grossly offensive" or "of an indecent, obscene or menacing character," in 2010, after he tweeted that he would "[blow] the airport sky high!" after his flight was cancelled following poor weather at Robin Hood Airport, U.K.

Chambers' conviction was subsequently quashed on a second appeal at the U.K. High Court in London earlier this year. The judge in the Chambers' case noted in his ruling:

"Satirical, or iconoclastic, or rude comment, the expression of unpopular or unfashionable opinion about serious or trivial matters, banter or humor, even if distasteful to some or painful to those subjected to it should and no doubt will continue at their customary level, quite undiminished by [the Communications Act]."

While U.S. prosecutors could have charged Chambers with terrorism offenses, U.K. prosecutors instead opted to charge him by the contents of his tweet, despite being arrested initially by British anti-terror police.

When U.S. authorities were tasked with investigating an almost identical case, they initially reacted in a similar fashion.

Two years on from the now infamous "sky high" tweet, two British teenagers were detained at the U.S. Border in January for unwittingly tweeting something taken not too dissimilarly out of context.

Leigh Van Bryan, 26, tweeted his friend Emily Bunting, 24: "Free this week, for quick gossip/prep before I go and destroy America." (The term "destroy" is British slang for "party hard.") Both Bryan and Bunting were detained upon arrival at Los Angeles International Airport and were swiftly on a flight back to London, not after the customary search, interview and 12 hour detention.

According to Bryan, one U.S. Homeland Security agent used forceful language to suggest he made a mistake. It may not have helped matters that Bunting replied back to his tweet claiming she would be: "diggin' Marilyn Monroe up."

While U.S. residents have the First Amendment, which protects the freedom of speech and expression of the individual so long as it doesn't raise alarm bells in the U.S. intelligence community, U.K. residents are limited in what they can and cannot say under the resolve that it may simply offend wider society.

For instance: it is acceptable for a Florida pastor to burn a holy and sacred Qur'an in the U.S., which may have incited deadly riots in Afghanistan in which more than 20 people were killed, yet it is illegal under U.K. law to post a subjectively "grossly offensive" Facebook message.

Stateside, freedom of speech, expression and publication runs through the veins of every U.S. resident. There are no laws preventing members of the Westboro Baptist Church, to use one infamous example, from holding signs above their heads that say, "God hates Muslims."

In the U.K., a public sign declaring those statements could land you in prison for two years.

The far-right English Defence League, which denies it is a "racist organization," remains "concerned about [the British] culture being overrun by Muslims." Its members regularly meet and protest, often with violent clashes with police and counter-protests by anti-fascist groups, which often results in arrests being made.

While these protests are far from common, arrests for comparably similar "public disorder" acts -- where violence is often involved -- are not uncommon. The U.K. does not tolerate racist, homophobic, or discriminatory behavior in public.

Yet side-by-side, the U.S. and U.K, in spite of their unique "special relationship," have almost opposing models of free speech. The former has such rights ingrained into society, and the latter is finding its feet -- and continues to strive for a delicate balance between preventing harm, and open and free thought.

But the U.K. gets off lightly compared to Russia or China, which in recent months and years has seen Western governments criticize acts that have seen citizens, political activists, and even musicians jailed for openly airing their views.

Russia recently jailed members of the feminist punk-rock band Pussy Riot for "hooliganism" -- notably for religious hatred -- a draconian law that the U.K. would have some legal empathy for, but nonetheless, expressed concern at the trial. The Putin government dismissed its Western critics soon after the band was convicted.

China continues to face condemnation by civil liberties groups, privacy activists and governments alike for oppressive behavior by the state-ruling politburo. The so-called "Great Firewall of China" regularly impedes the rights of ordinary citizens by effectively blocking access to the Western world -- a world without Facebook, Twitter, or any user-generated content that cannot be regulated at the highest levels of government.

The U.K.'s lack of "true" and unwavering free speech is arguably balanced out by the benefits that it offers those who need protection from the minority that attack those who are "different" from them. U.K. laws protect religion, sexuality, gender, and nationality from insults, threats, abuse or hateful language.

But it can and sometimes does go too far.

When a U.K. court ruled that a person couldn't publicly disclose a particular fact or piece of information -- let alone tell anyone that they have had an injunction placed on them -- the social media world into overdrive.

In the case of British soccer player Ryan Giggs, known by the media at the time as only "CTB," Twitter was inundated with users' tweeting and retweeting the thought-to-be super-injunction holder's name. It was later proved to be correct, and once unmasked, Giggs launched a legal battle against Twitter to identify the anonymous users spreading his name across the Web.

The court order effectively placed a gagging order on every U.K. resident, preventing them from disclosing something they were not party to in the first place, wherever they were in the world. While the British press was legally unable to publish, broadcast, tweet or mention the names or facts, despite the argument that it was in the public interest to do so, foreign media agencies were able to report on-the-street common knowledge while Britain could do nothing.

Individual court-ordered super-injunctions ironically became the worst secret in modern British life. Twitter was flooded with tweets and Facebook was engulfed in status updates, but if a single British resident was found to have even retweeted something that was court-sanctioned as confidential, they could be found in contempt of court, arrested and potentially jailed.

A U.K. parliamentary judicial committee in mid-2011 eventually intervened and recommended a number of changes to balance the privacy of those seeking injunctions while not restricting the free movement of the press.

The balance begins to shift

Last week, in what may seem an odd move, the director of public prosecutions for the U.K. Crown Prosecution Service, Kier Starmer QC, said that the right to be offensive "has to be protected."

The comments come in the same week as Woods' conviction.

The U.K. Crown Prosecution Service, which brings criminal cases against suspects accused of breaking the law, is seeking advice from academics and lawyers, including representatives from social media firms such as Facebook and Twitter, in a bid to determine whether the policy on prosecuting suspects' for apparent "free speech" cases should be changed.

Starmer told the BBC News that prosecutors were finding it difficult to work within existing legislative frameworks, and that current thinking was to separate out cases of harassment or threats, and another category of "merely offensive or grossly offensive" content.

While the latter category would not be immune from prosecution, such comments could be removed by social media sites to prevent the wasting of police time and public money in bringing "petty rows" to court.

The U.S. may have the gold standard in ultimate freedom of speech with the First Amendment, allowing what the U.K would consider "grossly offensive" and "socially immoral" speech on the theory that the remedy for bad speech is more speech, with Russia and China remain at the polar opposite end of the spectrum. The U.K., meanwhile, sits in the middle balancing the scales of speech for the greater good of persecuted groups and minorities.

The question is whether or not the U.K. adopts a U.S. standard -- a constitution-like policy at 230 years old, a fraction of the history compared to Britain -- or it maintains its stance on the world stage as a tolerant and fair society that rebukes those who threaten to destabilize the liberal and moral foundation of its society?

Britain is trying to adjust the pressures that technology has placed on its outdated regulations, and common sense appears to be prevailing at long last. But there is a long way yet to go before the U.K. government directly intervenes to solidify the rights to "fair speech," rather than necessarily all-out free speech.

Zack Whittaker writes for ZDNet, CNET and CBS News. He is based in New York City.