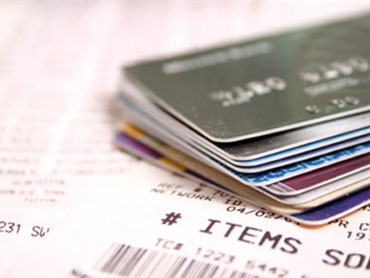 (iStockphoto)
U.K. residents baffled by their banks' jargon-filled explanations have an ally in Chrissie Maher.

The 71-year-old is the founder of the Plain English Campaign, a group formed 30 years ago to counter "the ever-growing tide of confusing and pompous language" that "takes away our democratic rights." The group has taken on the language practices of their own government and even the European Union.

And, according to a Wall Street Journal report Tuesday, one of Maher's latest targets is the "incomprehensible gobbledygook" of Britain's financial system.

"Families are losing their homes because of jargon-filled credit agreements," Maher told the paper. "Language has been misused and has contributed to the economic disaster."

In one example, Maher sent the Royal Bank of Scotland a critique of a pamphlet she received several months ago, citing its "tortuous and ambiguous language" and changing terms like "maximum debit balance" to "the most that can be owed."

"The leaflet needs much more thought if it is to be understood by your customers," the Journal quotes her letter to the bank. "As it stands, it should be renamed 'Keeping You Confused.'"

As the report notes, the U.S. Securities and Exchange Commission enacted a "Plain English Rule" in 1998, which established guidelines for the front page of a prospectus, including using the "active voice" and not using "multiple negatives."

And in May, President Obama signed a credit card reform law that, among other things, seeks to make language in disclosure forms simpler to understand.

But in the U.K., Maher is still doling out English lessons.