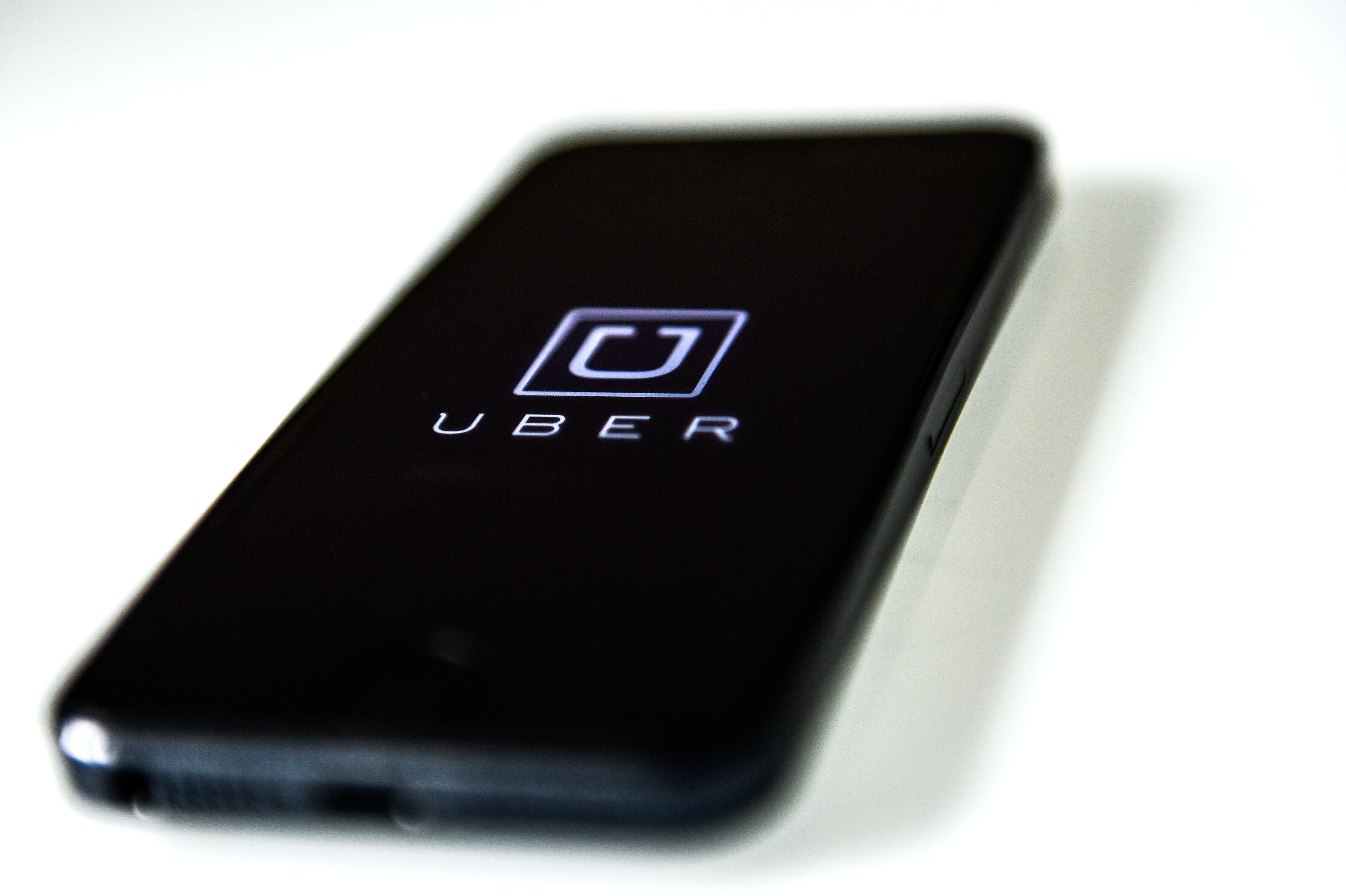 Kevin Halpern contends in the lawsuit that he was "the original inventor of the idea, concept, coding design, appearance, application and prototype" of a transportation network company using mobile phone and global positioning technology in 2002.

Uber, now an international transportation network company that claims to be operating in 57 countries, was founded in San Francisco in 2009 by Travis Kalanick and Garrett Camp. Kalanick is the chief executive officer.

The lawsuit includes claims against Uber, Kalanick, Camp and several investors of misappropriation of trade secrets, conversion of Halpern's designs and plans, and breach of contract.

Halpern says in the lawsuit that he developed his plans beginning in 2002 in "stealth mode" in order to protect his secrets. He worked through a company called Celluride Wireless Inc. that he founded in 2003. Celluride is also a plaintiff in the lawsuit.

But in 2006, the lawsuit says, Halpern began talking to Kalanick, a fellow entrepreneur, in San Francisco about his plans on a confidential basis because he believed Kalanick might be able to become an advisor or Celluride executive.

The lawsuit says Halpern also confidentially told Bill Trenchard, a fellow Cornell University alumnus who later became a Uber investor, about his plans in 2007 in hopes that Trenchard would invest in Celluride.

It alleges that in 2008, Kalanick, Trenchard, Camp and others conspired to steal Halpern's trade secrets.

The lawsuit asks for financial compensation and punitive damages in an amount to be determined by a jury, as well as a court judgment describing Halpern's and Celluride's alleged rights to the intellectual property. It alleges Halpern and Celluride have suffered economic damage "believed to be in excess of $1 billion."

Uber issued a statement saying, "These claims are completely baseless. We will vigorously defend against them."

Halpern's lawyer, Christopher Dolan, said Halpern is an entrepreneur, filmmaker and yoga practitioner in his 30s who now lives in California, but he declined to say where. Halpern lived in Santa Cruz while developing Celluride and then moved to Hawaii for several years, Dolan said.

One of Halpern's purposes in filing the lawsuit is "to show that young entrepreneurs who spent years developing ideas that have been misappropriated by others have the right to go to the courts to bring a lawsuit," the attorney said at a news conference in San Francisco.

Dolan also represents the family of Sofia Liu, a six-year-old San Francisco girl who was struck and killed by an Uber driver on Dec. 31, in a Superior Court wrongful death lawsuit against Uber and the driver.

He is also co-counsel in a federal lawsuit in which 19 taxi companies allege Uber's advertisements about the safety of its rides are false and misleading.

The company has called the taxi companies' lawsuit frivolous and without merit.