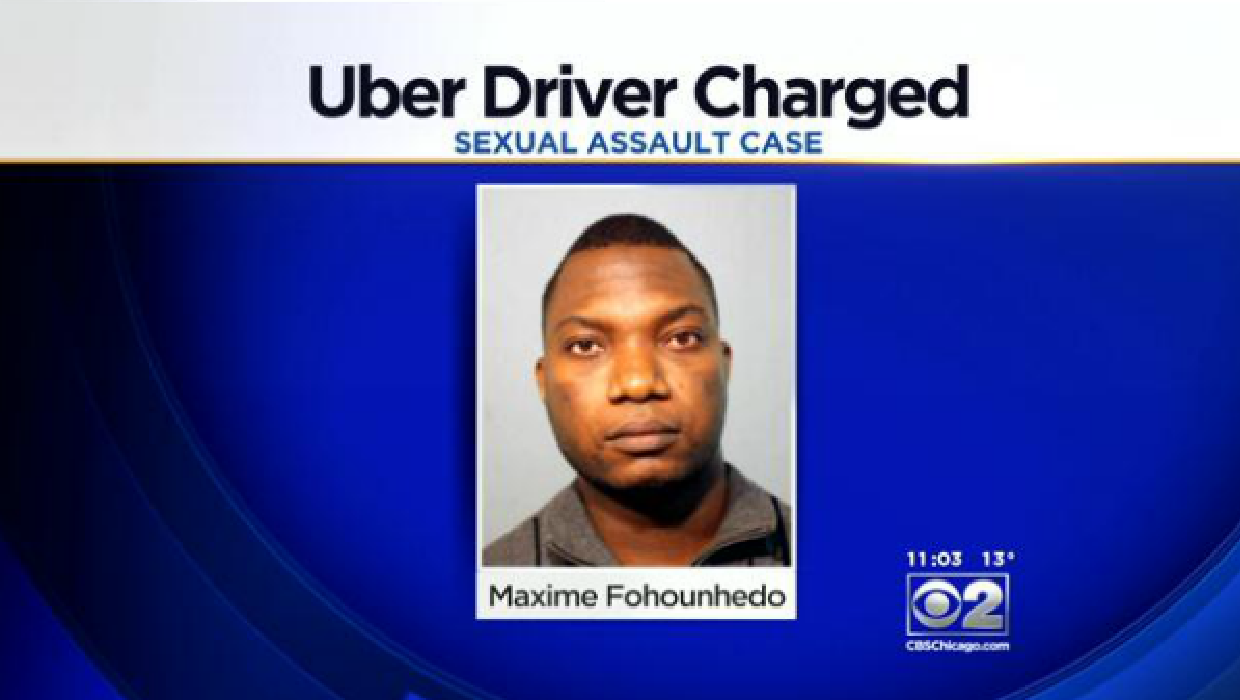 CHICAGO - Prosecutors say an Uber driver accused of sexually assaulting a passenger in Chicago told the victim, "I made you happy," after attacking her in his car and later at his apartment.

Thirty-year-old Maxime Fohounhedo was ordered held on $500,000 bail at a hearing Tuesday.

Uber removed him as a ride-share driver as police investigated.

The 22-year-old victim told police she was attacked between 3 a.m. and 4 a.m. after being picked up from a bar.

Assistant State's Attorney Robert Mack said the woman woke up on a coach at the driver's apartment with the man sexually assaulting her.

Prosecutors say GPS coordinates from the victim's phone show she was at his address.