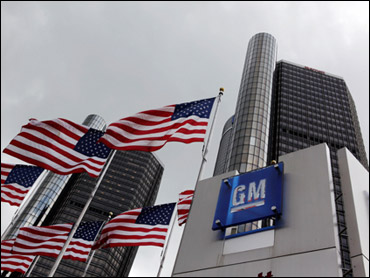 UAW President Ron Gettelfinger said at a news conference Friday that 74 percent of GM's 54,000 U.S. production and skilled-trade workers voted in favor of the deal.

The vote comes before an expected Chapter 11 bankruptcy protection filing by GM on Monday. Bankruptcy experts say having the labor agreement in place will help move the process through court more quickly.

"We very much appreciate the support of our employees and retirees," Diana Tremblay, GM vice president for labor relations, said in a statement. "Their shared sacrifices will enable GM to become a stronger, more viable company that will continue to deliver world-class cars and trucks."

UAW leaders agreed to the revised contract last week that freezes wages, ends bonuses, eliminates noncompetitive work rules and ends the possibility of a strike until the next contract expires in 2015.

GM has received $19.4 billion in loans from the U.S. government, which would get 72.5 percent ownership of the new company, perhaps sharing with the Canadian government. The remaining 10 percent would go to GM bondholders to wipe out $27 billion in unsecured debt.

Bondholders have until 5 p.m. EDT Saturday to accept or reject the stock-for-debt offer, under which they would get a warrant for an additional 15 percent of the new GM's stock.

Existing GM shareholders would be left with little or nothing, and GM shares fell 32 cents, or 29 percent, to 80 cents in afternoon trading. They fell as low as 75 cents earlier Friday, their lowest level since the Great Depression.

Plans are for GM to emerge from bankruptcy with lower labor costs, far less debt and with fewer factories, brands, models and dealerships.

Even workers at factories in Spring Hill, Tenn.; Pontiac, Mich.; and Orion Township, Mich., that are under discussion for possible closure approved the deal.

"I believe that our membership understands. They get it," said Ray Wood, president of a UAW local at a Toledo, Ohio, transmission factory that voted 78 percent in favor of the deal.

On Monday, GM is to identify 14 assembly, parts stamping and engine and transmission factories that it plans to close as part of its restructuring plan, cutting 21,000 jobs.

GM announced earlier Friday that one of those 14 plants would be retooled to make subcompact cars starting in 2011.

Gettelfinger said four of GM's plants slated to close will remain on "standby" with the hopes that vehicle sales will rise, creating greater demand.